Would Kazakhstan become a platform where US leader Donald Trump and DPRK’s Kim Jong-un will hold talks at the end of May on the denuclearisation of the Korean peninsula? 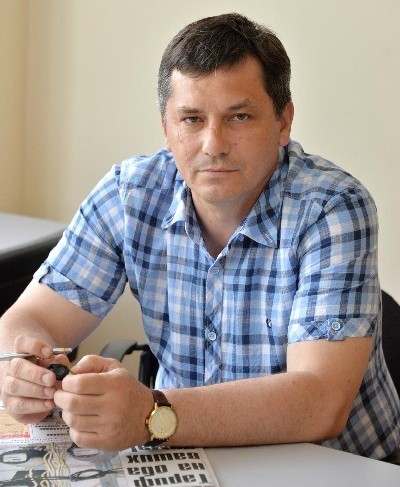 The unexpected visit to Beijing by Chairman of the State Affairs Commission of the Democratic People’s Republic of Korea (DPRK) Kim Jong-un for, as specially emphasised, an informal meeting with Chairman of the People’s Republic of China (PRC) Xi Jinping gave rise to many speculations (the meeting of the heads of state held on March 25-27 was officially announced post factum).

That is why some people, including Japanese Prime Minister Shinzo Abe, diplomatically asked the Chinese side to explain the meeting’s true reasons. However, the next day, when it became clear that the leadership of the United States, South Korea and the leaders of several other states had been aware of this event, all of Tokyo’s questions were removed. The Chinese diplomacy timely helped in reducing the tension that was almost there.

In general, the whole world and especially the Far East look forward for the upcoming US-DPRK summit. It is obvious that none of the regional countries would like to see the Korean Peninsula turn into another hot spot on the planet. Nevertheless, beyond that, each has its own expectations with regard to the negotiations on North Korea’s nuclear disarmament.

For instance, Abe even vowed before his people to expand the talks’ agenda with “the Japanese issue” – the country’s problem with the citizens kidnapped by North Korean intelligence back in 1970s. During the period of thaw in bilateral relations, Pyongyang recognised the kidnapping of 13 people. However, the special commission stopped its work because of tougher sanctions against the DPRK caused by its nuclear programme.

Undoubtedly, South Korea expects that negotiations will not only resolve the issue of eliminating the neighbour’s nuclear arsenal, but also something more. For example, it anticipates a union of the two Koreas. Why not? Historically, there already was the reunification of the FRG (Federal Republic of Germany) and the GDR (German Democratic Republic); moreover, a certain semblance of dialogue between Pyongyang and Seoul should be taken into account.

Originally, there are no doubts that China is mainly focused on preserving peace in its neighbourhood and perhaps, it also wishes Seoul’s dream of unification to remain just a dream for as long as possible, so that South Korea would not receive additional advantages in its economic rivalry with the PRC.

Indonesia, Malaysia and Australia, who are the DPRK’s nominal neighbours, as well as adjacent Russia, have their own expectations. At the same time, foreign media fear that the summit itself can be cancelled at the last minute, emphasising that a venue for the May talks has not yet been announced.

Understandably, none of the contracting parties can become such a platform. The selection of a neutral territory is also complicated by the fact that the DPRK simply does not have diplomatic relations with most of the world countries due to the long isolationist foreign policy of Pyongyang.

Currently, Sweden is the window to the big world for North Korea. As an alternative, the summit could be held in Stockholm. Still, there are no official statements so far.

Having this background, why doesn’t Astana once again assume the role of peacemaker after successfully dealing with the tension between Russia and Turkey? After all, there is no such country that would have a strained relationship with Kazakhstan. Moreover, the republic actively advocates the universal prohibition of nuclear weapons around the globe and, historically, it is one of the first countries that voluntarily renounced the nuclear arsenal.

This was repeatedly emphasised by the USA during the recent visit of President Nursultan Nazarbayev to America. The then U.S. Secretary of State Rex Tillerson specifically stated that our country serves as an exceptional example of wisdom in nuclear policy.

Tillerson said that, in partnership with the United States, Kazakhstan opted to remove former Soviet weapons and related nuclear technologies from its territory and joined the Nuclear Non-Proliferation Treaty as a non-nuclear weapon state.

The former secretary of state also noted that the courageous decision of Kazakhstan’s leadership was a key step towards engaging the country in the community of nations. “As a result of letting go of nuclear weapons, the world does not look on Kazakhstan as a potential nuclear aggressor or a rogue state,” he said.

In essence, judging by Kim’s attempts to bridge relations with the rest of the world in order to lift the sanctions and gain opportunities for the economic development of his country, the DPRK strives to become a full-fledged member of the community of nations, giving up on the image of an outcast.

By and large, the case story of Kazakhstan is an additional incentive for the successful holding of the U.S.-North Korean summit. It is unlikely that any of the great powers would not support Astana as a negotiating forum. In every case, it is clear from the assessments given to our country that the USA, Russia and China certainly would have no objections to this. Additionally, Kazakhstan is a good friend of both Koreas, since 100,000 ethnic Koreans live in Kazakhstan.

In February, during a meeting with Kazakh journalists, China’s Consul General in Almaty Zhang Wei stressed that Beijing appreciates Astana’s efforts to tackle the North Korean matter and said that Kazakhstan, despite being a regional country, has a very significant influence in the world and plays an active role in addressing acute regional problems. So, why not?

Generally speaking, if negotiations are held, they could be carried out in the first country of the world that had voluntarily renounced nuclear weapons. Meanwhile, there is no reason why they could not take place. In any case, no one argues that the DPRK does not comply with the obligations to stop testing its weapons. The militant rhetoric against Pyongyang and its leader coming from the other side of the ocean has ceased to be. Kim has made his first ever visit to another country – China – and the visit was rightly understood by the international community. Preparations for his meeting with South Korean President Moon Jae-in were announced on Thursday. The possibility of a bilateral summit with the DPRK was also voiced by Japan.

So, the current forecasts are quite optimistic.

Moreover, after the meeting between Xi and Kim, Chinese news agency Xinhua distributed the official statement, where the start of a new era not only in bilateral relations but also in the Far East was mentioned, the general meaning of which is to grow in peaceful coexistence. In particular, the media quoted the words of the PRC’s leader: “Under the new conditions, I am ready to maintain constant contacts with Comrade Chairman through mutual visits…” It is symbolic because the wording “mutual visits” in the context of international sanctions against North Korea means that Beijing is likely to believe in a successful denuclearisation of the Korean Peninsula in the near future.

The author is an observer and journalist with Vremya newspaper.