Kushtarova: Digitisation and strong civil society are antidotes to corruption

Every member of the United Nations Convention against Corruption (UNCAC) has agreed to employ a proactive approach in promoting transparency and increasing public awareness in the fight against corruption. Since its ratification in 2008, Kazakhstan, by being part of the UNCAC, has changed its anti-corruption policy by dramatically shifting from the use of law enforcement measures to building a transparent and accountable government. 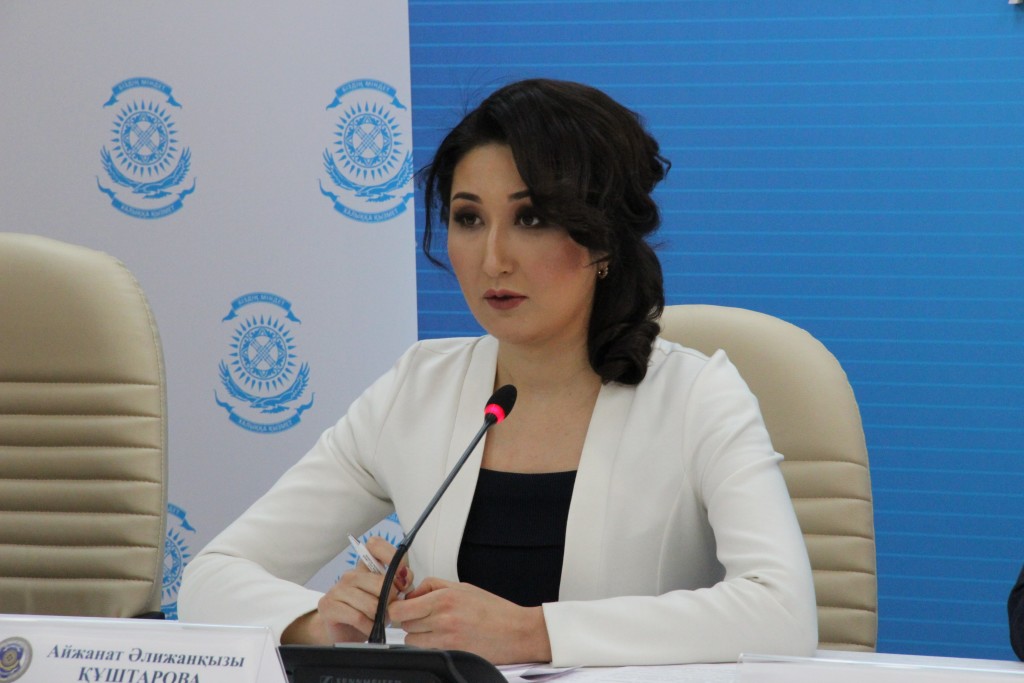 In this context, the digitisation of public service and active civil society plays a crucial role in deterring corruption. For instance, 10 years ago Kazakhstan transferred the public procurement system to an electronic format.

The new e-government platform Open Government has been launched. The platform consists of a number of portals, namely Open data, Open legislative acts, Open dialogue, Open budget and Effectiveness of state agencies. It discloses information on government expenditure, achievements of state agencies, statistics, etc. In addition, drafts of legislative acts are being published on the platform in order to discuss them with citizens.

What’s more important is that the feedback must be taken into account.

Open dialogue is the easiest and fastest way for state agencies to communicate with society. A number of activities such as Internet conferences, high-ranking officials’ personal blogs and surveys are running on a regular basis.

Another important area is public service delivery. It received an impetus for its development in 2007 with the introduction of the legislation for standardisation, automation and government control over the quality of public services rendered.

One-Stop-Shops and the state corporation Government for Citizens have been created. The corporation is a unified provider of socially important services.

The Kazakh public service delivery system is developing further. For instance, currently the issuance of birth certificates, applications for nursery school and maternity allowance are available by sending a text message to the corporation’s special number once a child has been born.

Today, a key task is to shift the public service delivery system into electronic format. Last year, 72 percent of public services were rendered electronically (49 percent online, 23 percent through the corporation). These innovations have led to a two-thirds reduction in petty corruption.

In addition, annually, the Agency for Civil Service Affairs and Anti-Corruption, in partnership with the non-government sector, assesses the level of citizens’ satisfaction with the quality of provided services.

The assessment is not the only mutual activity with non-government organisations. For example, last year in cooperation with the National Entrepreneurs Chamber the agency analysed corruption risks in the supervisory, tax and customs areas, education, health care, land resources and so on.

In order to build large-scale public awareness of the principle of not giving and not taking bribes, voluntary clubs called Honest Generation and Civil control and the Open agreement projects have been introduced. The projects have brought together more than 40,000 organisations and 60,000 citizens.

With the support of the Organisation for Security and Co-operation in Europe (OSCE), a textbook on the basics of anti-corruption culture was published and the subject is now taught in all higher education institutions in the country.

The next step is the use of crowd-sourcing. Therefore, the Public control map project has been recently launched.

The main idea of the project is to provide a platform for citizens to easily file a complaint regarding any issues in their regions or inappropriate civil servants’ conduct.

These endeavours are expected to be continued and developed further.

The author is Director of the Department of Strategic Developments and International Programmes at the Agency of the Republic of Kazakhstan for Civil Service Affairs and Anti-Corruption.