NEW YORK – The Kazakh Ministry of Foreign Affairs organised a seminar April 9-13 in New York to acquaint journalists and political scientists from Central Asia with the work of the United Nations Security Council (UNSC) and Kazakhstan’s activities as a non-permanent member of the council. 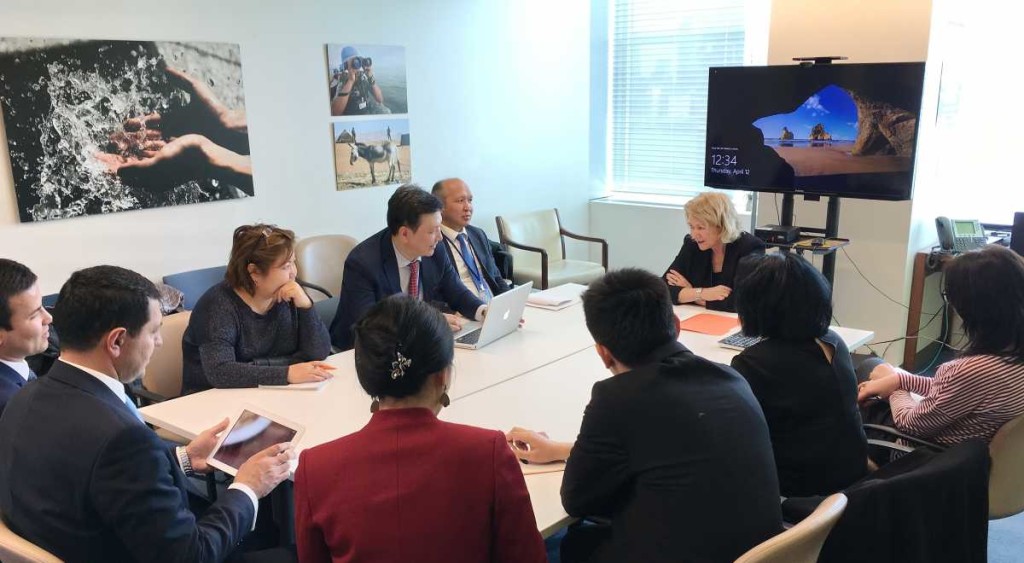 Kazakhstan organised the event with the UN Secretariat and the UN Development Programme. It was meant to strengthen humanitarian ties between Central Asia and the United Nations and was attended by representatives from Kazakhstan, Kyrgyzstan, Tajikistan and Uzbekistan.

The event follows a political address to the council by Kazakh President Nursultan Nazarbayev in January 2017 in which he stated Kazakhstan’s intention to promote the interests of Central Asian states.

“We will work to ensure Central Asia’s stability and security, effectively countering regional challenges and threats, strengthening cooperation and promoting its growth and development,” he said then.

The Central Asian delegation visited world media branches at the UN. UN Under-Secretary-General for Global Communications Alison Smale briefed the group on the activities of UN information centres around the world.

“The United Nations will continue to be a firm supporter of independent journalism and press freedom and will continue to advocate for the safety of journalists. I encourage journalists to work closely with the UN information centres in their countries to find out about all that is happening at the UN and to report on the ways this organisation continues to make a difference in the daily lives of many,” she said. 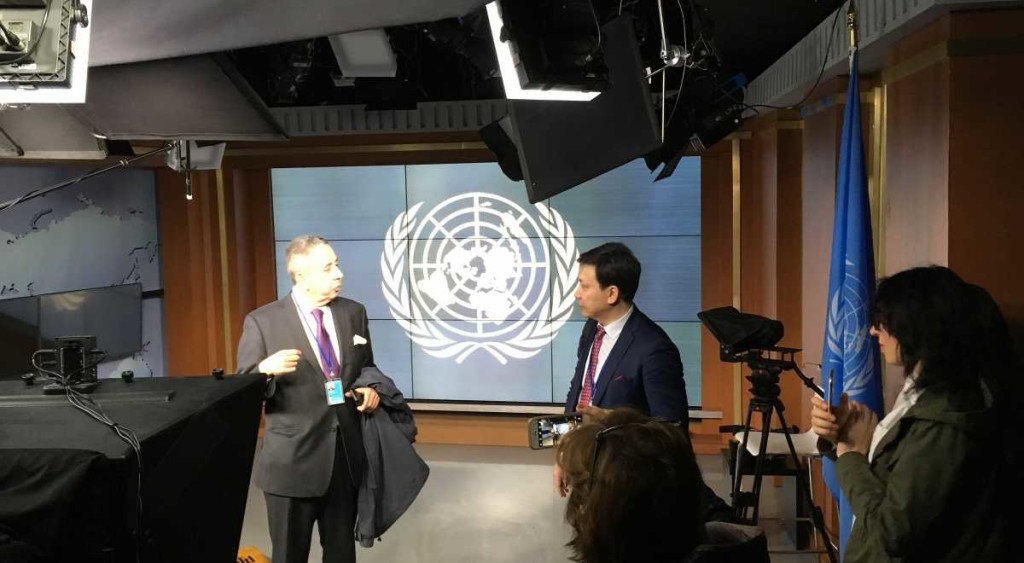 The group also attended emergency UNSC meetings on the Middle East and briefings on Africa and met with UN Assistant Secretary-General – UNDP Director of Regional Bureau for Europe and the Commonwealth of Independent States (CIS) Cihan Sultanoğlu, Deputy Director of the UN Office of Counter-Terrorism Steven Siqueira and the leadership of the Security Council Report, an international non-governmental organisation.

“Central Asia is now constantly being told in New York (that the West is) interested in the opinion of this region, listening to and discussing its position. It is important that this attention is not caused by conflict situations. Our region is interesting as an independent subject. Kazakhstan played a very important role in creating this image, thanks to its global initiatives and membership in the UN Security Council. The most important thing is that this republic represents not only itself but also the whole region on the international arena,” said Asia-Plus journalist Liliya Gaisina from Tajikistan.

“For successful integration and strengthening of the role of the Central Asian region, we see the urgency of further joint actions to solve common development challenges, strengthening the partnership of the expert community. It is also necessary to involve young people in the integration processes, which will positively affect the development of the region,” said Iskender Ormon Uulu, head of the Serep Analytical Centre in Kyrgyzstan