ASTANA – A special commission created under the Kazakh Ministry of Labour and Social Protection is researching whether or not the word “oralman” (“returnee,” in Kazakh), which describes ethnic Kazakhs returning to the homeland, should be excluded from the Kazakh language, tengrinews.kz reports. 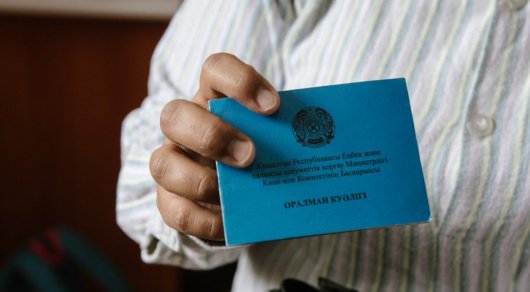 “The proposals concerning the term ‘oralman’ are expressed by both members of Parliament and the population. Now, the analysis is being conducted. In some countries, the repatriates are called ‘compatriots’. A special commission is in charge. As soon as the decision is made, we will inform the population. Over the years of independence, more than one million ethnic Kazakhs have moved to Kazakhstan, and, if I am not mistaken, most of them came from Uzbekistan. In 2017, approximately 18,605 repatriates returned home,” Vice Minister of Labour and Social Protection of Kazakhstan Nurzhan Altayev said at an April 4 press conference.

Kazakh officials are also considering a draft law on amendments to legislation on employment and migration, particularly as it relates to lone settlers.

“We are also introducing amendments aimed at covering state support measures and extending the regional quota not only to immigrants, repatriates and their families, but also separate settlers. We had a conflict in the legislation, which prescribed quotas for the ethnic Kazakhs. Frequently, we receive applications when the lone repatriate, who does not have a family, wants to move to Kazakhstan. Now, we are improving the legislation prescribing the quota for both families and lone settlers,” Altayev said.