By Anuar Abdrakhmanov in Sports on 10 April 2018

ASTANA – Kazakhstan’s national team recently lost to Croatia in the quarterfinals of the Davis Cup and finished its participation in the tournament. 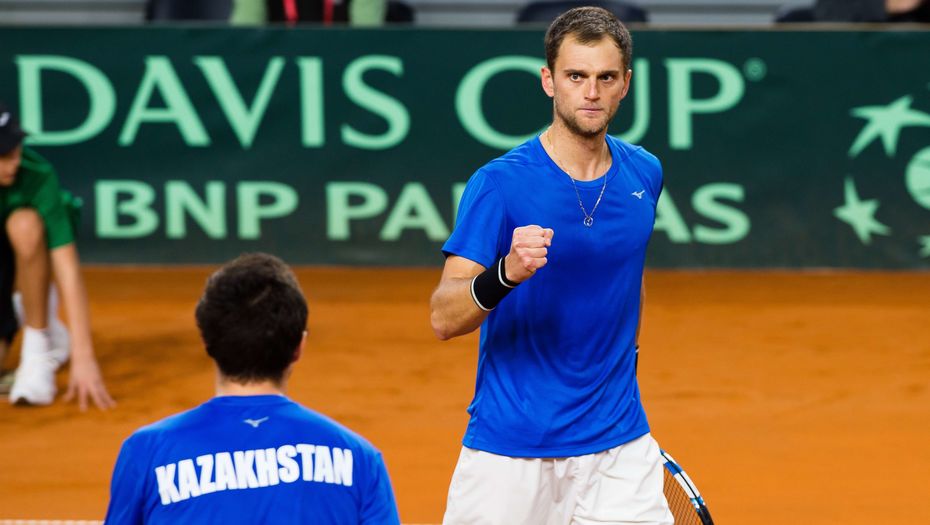 Croatia was favoured having won the Davis Cup World Group in 2005 and having reached the finals in 2016. Kazakhstan’s best finish had been the quarterfinals.

The first two players on the court were Marin Cilic and Dmitry Popko. The young Kazakh player could not defeat one of the world’s best tennis players. The world No.3 won with a score of 6: 2, 6: 1, 6: 2.

Then Kazakh Mikhail Kukushkin brought the team match equal by defeating Borna Coric – 3: 6, 7: 6, 6: 4, 6: 2. This was the Kazakh player’s third consecutive victory over Coric. In 2016 and 2017, the leader of the Kazakhstan’s national team defeated the Croatian athlete in the ATP World Tour Masters tournaments in Rome and Madrid.

“Yes, the beginning was not easy. It’s still difficult for me, like for many others, to go from the hard court to clay court. It takes a little time to adapt. Despite having trained a lot, it still feels quite different. I don’t know whether it was because of nervousness or lack of confidence. It was a hard competition. As I said, the rating in the Davis Cup does not matter. I think, the desire, struggle, hard work and taking every pass as the last one helped me altogether. Despite the fact that we played away from home, there were a lot of fans who outshouted their opponents most of the time. It’s great! Thanks to those who watched the live broadcast in Kazakhstan. I won thanks to the efforts of our whole team,” said Kukushkin.

Then came a grueling four-set doubles match in which Kazakh players Aleksandr Nedovyesov and Timur Khabibulin lost to their Croatian opponents Ivan Dodig and Nikola Mektic. The game lasted three hours and two minutes. Nedovyesov and Khabibulin won the first set but failed to keep the advantage, losing 7: 6, 4: 6, 4: 6, 2: 6.

Thus, Kazakhstan needed to win the remaining two matches to go through to the next round of the tournament. However, team Kazakhstan could not do it. In the fourth match, the leader of the national team Kukushkin met with the world No. 3 Marin Cilic. The match was controlled by the host team’s player, although the Kazakh player tried to dictate his terms to his more famous opponent. As a result, the Croatian player won 3: 1, thus helping his team reach the semifinals.

“We should give credit to the Croatian team, it was better. We are upset that the key match was a doubles. If we had led 2-1, we could have won the match. We will draw conclusions on the doubles. We will keep on training. We have the Asian Games this year, so we will prepare for the next competitions. The guys will recover. Of course, they have other tournaments ahead. I want to thank all the players, they all prepared well and did their best. Mikhail Kukushkin showed once again that he can play with any tennis player, as he won a point against the player with a higher ranking. Everything we do with the support of President of the Tennis Federation Bulat Utemuratov goes in the right direction. More people started to play tennis in Kazakhstan. Many kids want to be like Mikhail Kukushkin or Zarina Diyas. The minimal target has been achieved, we remained in the World League. Now, we will aim for next year. We hope that such games and such moments will contribute to the overall development of tennis in Kazakhstan in the long term and more children will be engaged in tennis,” said captain of the Kazakh national team Dias Doskarayev.