ASTANA – The Kazakh Majilis, the lower house of the nation’s Parliament, recently ratified the draft bill intended to strengthen foreign currency operations prone to withdrawing capital from the country. 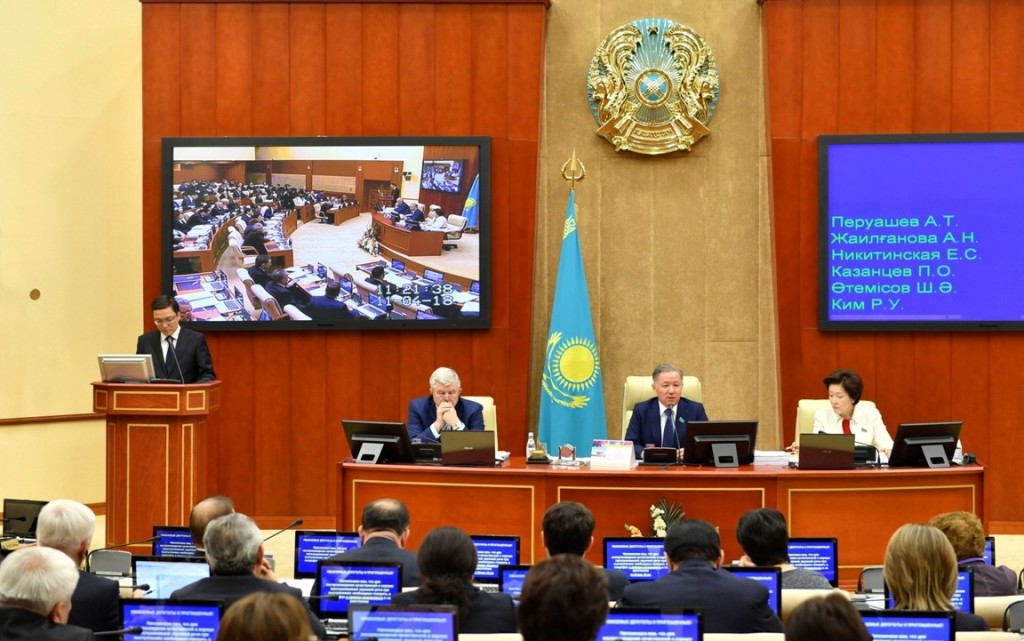 In presenting the bill to the Majilis deputies, Kazakh National Bank Chair Daniyar Akishev noted it identifies a list of capital outflow-related operations.

“This includes residents lending to a non-resident that does not envision payment of the loan to a bank account registered in Kazakhstan; residents obtaining a loan from a non-resident that does not stipulate transfer of payment to a bank account in the authorised banks in Kazakhstan and residents granting an interest-free loan to an unaffiliated non-resident for a period exceeding 720 days. The list also includes export and import deals with a 720-day term for repatriation (the conversion of offshore capital back to domestic currency),” he said.

To be eligible to conduct such operations, residents must submit a permit to transfer information to currency regulating bodies, said Akishev.

The National Bank, he added, will strengthen cooperation with state revenue bodies to prevent capital outflow. The bill grants the National Bank the right to transfer information on currency operations subject to banking secrecy to the state revenue committee of the Ministry of National Economy.

“Why does communication between bodies receive special attention? Because laws by themselves do not ensure comprehensive control over the capital withdrawal. This could be done through illegal means or under the disguise of legal deals. Direct constraining measures might adversely affect the investment climate and business conditions for law abiding businesspeople. This is not acceptable in a market economy,” he said.

Akishev also reported about the simplification of information transfer procedures.

“Complicated registration regimes and notifications will be cancelled. A uniform registration base of foreign currency contracts will replace it. The total sum and subject of the agreement will serve as criteria. With that in place, banks do not have to decide on which currency regulation regime, registration and notification applies to a particular currency operation. This will cut the period within which banks complete the currency payments,” he added.

The document also recognises foreign organisation offices as residents who, according to the current legislation, are non-residents. The changes, however, will not affect companies whose activities are regulated based on agreements signed on behalf of the state.

“This allows them carry out foreign currency operations in Kazakhstan when dealing with residents. Kazakh companies are prohibited from doing this,” he said.