By Aigerim Seisembayeva in International on 26 April 2018

ASTANA – Shanghai Cooperation Organisation (SCO) member state foreign ministers agreed April 24 on the agenda of the SCO summit to be held this June in Qingdao, Kazakh Foreign Ministry’s press service reports. It will be the first time the SCO heads of state will meet after admitting new members, India and Pakistan, at a summit in Astana in 2017.

Kazakh Foreign Minister Kairat Abdrakhmanov participated in the foreign ministers’ meeting, which was part of his official visit to China.

Chinese President Xi Jinping met with the SCO member states’ foreign ministers on the eve of the ministerial meeting. He said China considers the SCO’s development a foreign policy priority and China is ready to provide political support with other member states, as well as to ensure security and stability in the region, deepen cooperation within the Belt and Road Initiative and expand humanitarian exchanges. Xi said in the 17 years of its existence the SCO has become an influential integrated regional organisation.

The foreign ministers of China, India, Kazakhstan, Kyrgyzstan, Pakistan, Russia, Tajikistan and Uzbekistan discussed political, economic and humanitarian cooperation within the SCO spheres and reviewed the draft Qindao Declaration that is expected to be signed by SCO heads of state in June. The sides also discussed the implementation of the agreements reached at the SCO Summit in June 2017 in Astana.

Speaking at the ministerial meeting, Abdrakhmanov noted the importance of ensuring food security and building roads and railways, considering the extensive transport routes of the SCO member states. He also said Kazakhstan supports broader cooperation of the SCO Business Council and the SCO Interbank Consortium with the ministerial meetings’ mechanisms and working groups. He proposed conducting an inventory of documents adopted in the trade and economic spheres and ensuring their further implementation.

The foreign ministers noted the SCO is a credible international organisation of a new format and an influential participant in the global community. 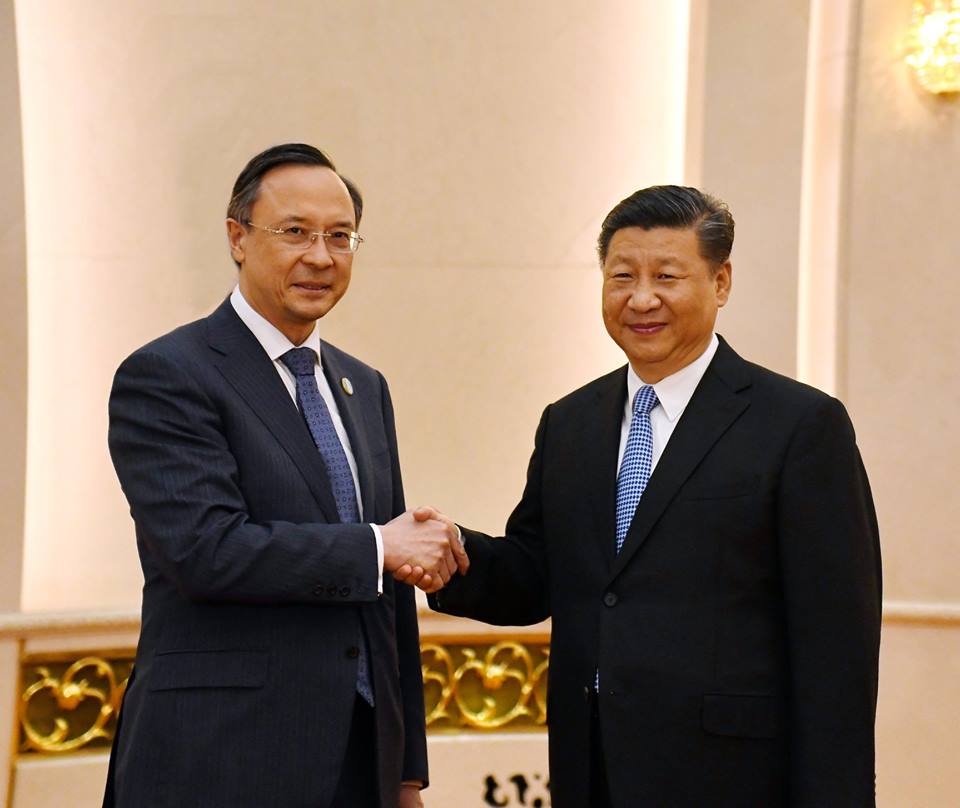 Mutual visits by the citizens of the two countries and protection of their rights, rational use of water resources of trans-boundary rivers were among the topics discussed. The sides also agreed to hold inter-ministerial consultations on consular issues soon.

Abdrakhmanov noted Kazakhstan intends to continue work to link Kazakhstan’s Nurly Zhol programme and China’s Belt and Road Initiative in the context of realising transit and transport potential and increasing container traffic from China through Kazakhstan to Europe and the Middle East.

The foreign ministers showed interest in the further implementation of the Programme for Production Capacity Development. Work is underway on 51 joint projects worth $27 billion, of which five projects worth $158 million have been launched. Priority is given to increasing the supply of Kazakh agricultural products to the Chinese market.

The foreign ministers also discussed international and regional issues, including Syria and Afghanistan. The sides confirmed similar approaches to cooperation within the SCO, the Conference on Interaction and Confidence-Building Measures in Asia (CICA) and the United Nations.

Abdrakhmanov also laid flowers at the monument of Kazakh poet and writer Abai Kunanbayev at the Chaoyang Park in Beijing and took part in the opening of Baldyran, the first Kazakh children’s training centre in China, which was opened with the support of the Kazakh Embassy in China.