ASTANA – “Karaman,” shot in Kazakhstan, is considered to be the nation’s first adventure mystical thriller. The movie was released April 12 and despite the mysticism on the verge of reality, makes viewers consider what is more important than material wealth. 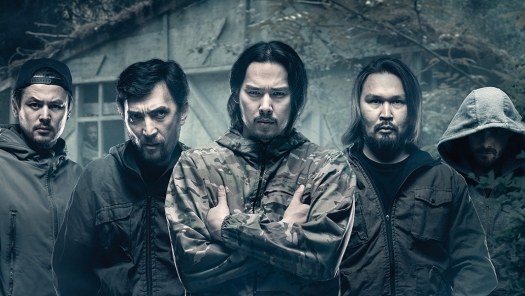 The film’s concept belongs to scriptwriter and actor Marat Abdullayev, who was inspired by his family legend about the rich Karaman batyr.

“There is Karaman batyr in Kazakh epic and there is Karaman city in Turkey, but our Karaman does not belong to any of them. In my family, I had an ancestor – strong Karaman batyr. According to the family legend, he was so rich that after his death, all his treasures were used to make a statue,” said Abdullayev, who played one of the main roles.

“One day we visited Narynkol, where we were told a legend about the Ak kyz ghost. This legend is very popular. They say that three adventurers went to find it. Later, one of them went insane; the other hanged himself. The legends pushed me to write a similar script in the abstract genre,” he added, reported BNews.kz.

The movie tells the story of five friends who go to the mountains looking for Karaman’s mysterious gold statue, which they believe was lost there several centuries ago. Akhmet, a local huntsman, joins them and becomes their guide. Itch money leads the team, but being alone with nature, they must overcome inexplicable phenomena and challenges without losing their humanity.

Although the movie was written in the abstract genre, every action of every actor has a philosophical meaning. Experienced screenwriter Timur Zhaksylykov, who participated in creating popular domestic movies such as “The Lost” and “The Kazakh Khanate,” participated in “Karaman” and actor Dustin Shakirov made his directorial debut.

The movie was filmed in the most picturesque places of the Almaty region – Kaiyndy, Kolsai, Narynkol and Turgen. The actors lived in the field for more than three weeks.

“We shot in the wildest places of the country. While we shot some scenes, snakes jumped on us. Once, we went for five minutes to see the location and counted up to 30 mites on each of us, but we were lucky and they didn’t bite us. We had to sleep in tents in the mountains; wolves and bears were wandering around. Thank God, everything went well,” said Abdullayev.

“‘Karaman’s message is that human life is priceless, each one’s values ​​are different and people are different. The film is about betrayal, friendship and what the most important thing in our life is,” said Shakirov.