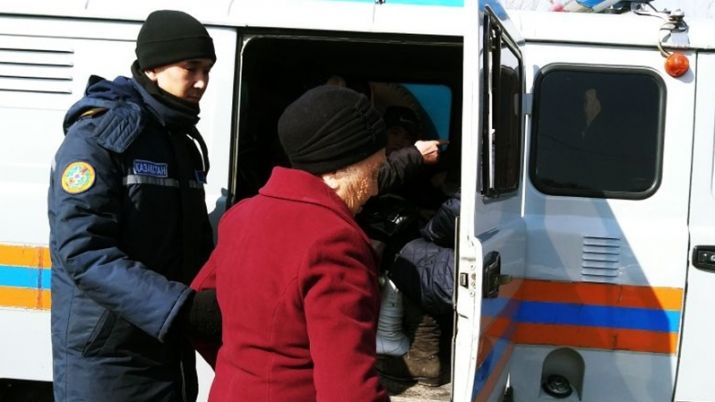 Though floods hit the country every year, the regions are often not equipped to handle significant flooding.

An emergency situation was declared March 29 in Semei after the Irtysh River that runs across the city began to rise.

“The water level of the Irtysh River exceeded the norm this morning. Now all efforts and means of local officials and rescue teams are directed to construct mounds along the highway from the Eagle’s Nest to the Biological Centre. Thirty-five people and 10 units of equipment were involved in the work, including large-scale engineering equipment, such as loaders and dump trucks,” according to a March 28 regional emergency department press release.

The East Kazakhstan Emergency Department reported a monthly rainfall hitting the region in one day, March 11. Nearly 40 houses, 138 yards and 110 dachas were damaged and around 400 people were then evacuated. As of March 29, more than 750 people had been evacuated in the region in five days.