Family holiday park to open in Aktobe on Children’s Day

ASTANA – A new outdoor family park, the largest in the western Kazakhstan with more than 50 types of entertainment, is under construction in Aktobe. The opening ceremony will be held June 1 in conjunction with Children’s Day. 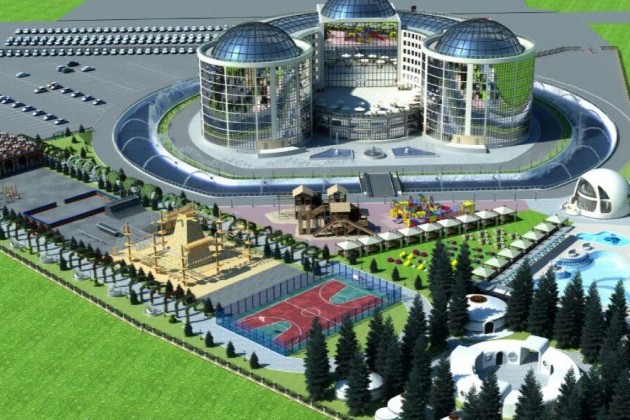 For those who enjoy physical activities, the 3.5-hectare park will have a four-season ice skating arena, sports and play platforms, a labyrinth, trampolines, adventure park, rock wall, shooting gallery and bowling alleys. The educational programme will include a zoo, ethnic village, mobile planetarium and summer library. The city administration will allocate up to 658 million tenge (US$208,500) for the park.

“It’s a family park that enables combining leisure and entertainment both for children and adults,” he said.

Mukhamedzhan added the company has purchased playground equipment for children with disabilities.

The project is the first phase of the 9-billion tenge (US$27.7 million) Yurta Park, which is slated for completion in 2020.

“The total area of the eight-floor complex is 40,000 square metres. The building will consist of three blocks, including business administration, sport-sanitary and entertainment modules,” he said.

The project will also include a parking area and landscaping with approximately 500 spruces and Canadian maples. The park will be located at Nokin and 312 Rifle Division avenues, according to the Aktobe region press service.

Saparbayev said 2018 is the year of children in the Aktobe region and the Baqytty Bala (happy child in Kazakh) social project. It has received nearly 4 billion tenge (US$12.3 million) in support from Aktobe entrepreneurs.