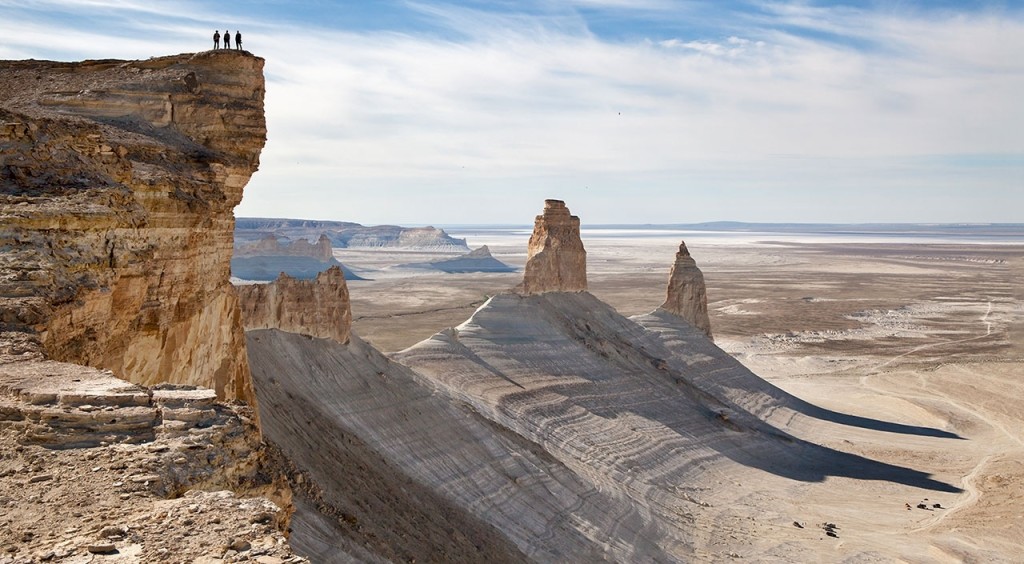 “We made prior agreements with Bollywood on shooting a movie about the Mangistau region. I think it is a splendid place that has no analogues,” he said.

Tugzhanov pitched such a film to film companies, including those in India.  The Mangistau region has 40 underground mosques built 10 centuries ago, 19 of them continue to function.

“We haven’t discovered [all] underground mosques. They have a history prior to the ninth century,” he added.

He also mentioned the Seisem Ata necropolis, where historical characters and batyrs (the Kazakh warriors) from the Nogai Horde period were buried in pantheon.

The Seisem Ata necropolis is a city of mausoleums made from pink gravestones of limestone and had been standing for five centuries. According to Kazakh legend,, Seisem Ata was a follower of Khoja Akhmed Yassawi, poet and sufi who lived in the 12th century. Later, the burial Seisem Ata became a sacred place and was considered an honour place to bury their relatives.

The Ustyurt plateau in the Ustyurt reserve is also one of the region’s attractions. Seemingly endless diverse landscapes of steppes and deserts lead to channels of extinct ancient rivers where caravan routes passed through the plateau in the Middle Ages. The most well-known historical monuments of the reserve are the ancient ruins of the city of Shahr-i-Wazir, the Beleuli caravan and numerous mausoleums, most of which have not yet been studied.

Kazakh and Indian cinema makers have collaborated before. In 2017, Kazakh film producers presented a movie called “Love You Family” about a young Indian woman who came to Almaty to find happiness. The movie was shot in Almaty and India.