ASTANA – Boeing delivered the first 737 MAX 8 to SCAT, one of six such aircraft the airline is acquiring under its fleet and route network expansion plan. With the new planes, the airline will be able to achieve double-digit improvement in its fuel efficiency and environmental performance. In addition, SCAT will be the first airline in the Central Asian region to operate the MAX series aircraft. 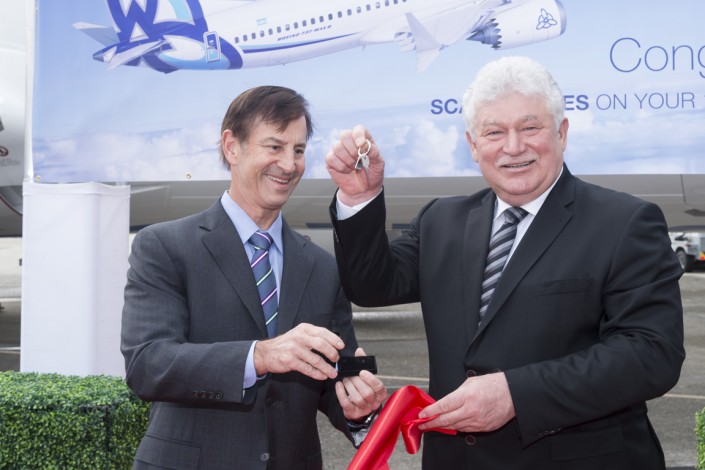 “Last year, SCAT celebrated its 20th anniversary, and for us the fact that we enter adulthood with the purchase of the latest aircraft models is very important. We are sure that the acquisition of the Boeing 737 MAX 8 will not only raise the level of service in the company, but will also give a new impetus to the development of the aviation industry of Kazakhstan,” said SCAT Airline President Vladimir Denisov, Tengrinews reports.

“Today is a new milestone in our long-term partnership with SCAT airline. We are proud of our contribution to its growth and look forward to the 737 MAX allowing the airline to reach new heights,” said Vice President of Sales in the Middle East, Turkey, Russia, the Central Asia region and Africa Marty Bentrott.

SCAT has been flying Boeing planes for a long time now, and the purchase of the next generation 737 was the result of this long-term cooperation. The company announced its order of six 737 MAX 8 aircraft at the Dubai Air Show in 2017. The agreement, worth $674 million according to Boeing catalogue prices, includes the right to purchase five additional 737 MAX 8s. 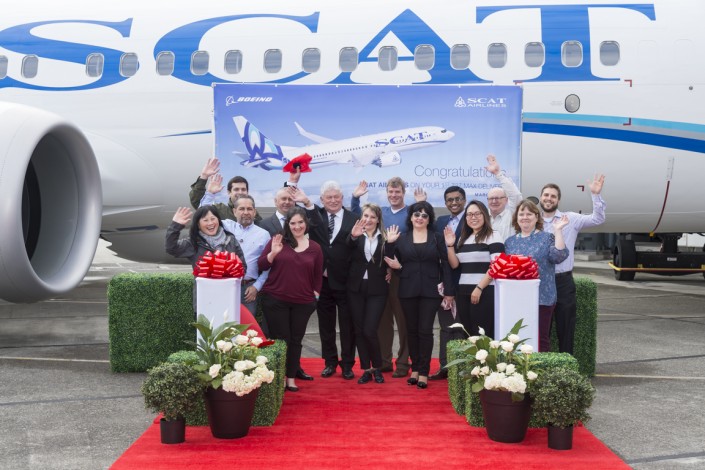 During the official visit of Kazakh President Nursultan Nazarbayev to the US in January 2018, the airline confirmed the purchase order.

The 737 MAX family of planes will help SCAT by reducing passenger costs and increasing flight ranges. The aircraft will allow SCAT open new directions in the narrow-body segment of the market and provide passengers with competitive prices for flights. The 737 MAX airplanes are equipped with the latest CFM International LEAP-1B engines, Advanced Wing tips, Boeing Sky Interiors, increased displays in the cockpit, and other improvements that aim at ensuring efficiency, dependability and maximum passenger comfort. The 737 MAX is the fastest-selling aircraft in the history of Boeing, having received more than 4,300 orders from 95 customers worldwide.

As of today, SCAT operates 44 domestic and 25 international routes. With the MAX aircraft, the company is ready to significantly expand its route network and reach new cities and countries.