Belt and Road Initiative: One Vision of Justice

In 2017, the United Arab Emirates and Kazakhstan celebrated 25 years of friendship and diplomacy. The UAE is Kazakhstan’s largest Arab trade partner, with close to $643 million in bilateral trade recorded in 2017. Over the last decade, the UAE has made substantial investments, exceeding $2 billion in a wide array of economic sectors in Kazakhstan, financing projects in strategic areas, such as oil and gas and food security. 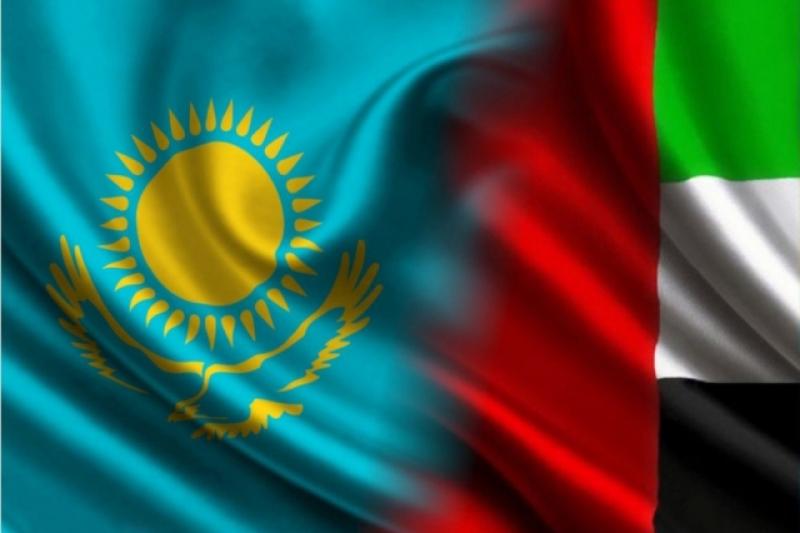 With the President of Kazakhstan Nursultan Nazarbayev visiting the UAE in January and March 2018, ties between the two countries were further reinforced through the signing of agreements and memorandums of understanding, to boost joint partnership and cooperation across various sectors.

DP World of the UAE and the regional akimat (administration) of the Mangistau region of Kazakhstan, signed a framework agreement on the main principles for the acquisition of a 49 percent stake in the special economic zone Seaport Aktau. Another framework agreement outlined DP World’s equity participation in the Khorgos Eastern Gate Management Company and was sealed by DP World and the Kazakhstan Temir Zholy.

Finally, agreements were signed that confirmed Kazakhstan’s participation in the Expo 2020 Dubai, as well as cooperation between the UAE Space Agency and Kazakhstan’s Ministry of Defence and Aerospace Industry, to collaborate in various fields of space exploration projects.

In April, Kazakhstan participated in Annual Investment Meeting (AIM) held in Dubai, prioritising transnational company cooperation. A recent announcement from Kazakh Invest noted 67 projects involving $7.1 billion in foreign investments will be built in 2018, creating more than 13,500 jobs. Construction and installation works are underway on six projects worth $539 million and 12 projects will start in the second quarter of the year.

Announced by Chinese President Xi Jinping at Nazarbayev University in Astana in 2013, the re-birth of the Silk Road as the Belt and Road Initiative (BRI) has spurred nations into hyper-connectivity mandates across trade, investment, energy and infrastructure. BRI includes the most ambitious infrastructure project the world has ever known – and the most expensive. Its expected cost is just under one trillion dollars and when complete, the Belt and Road will connect 65 percent of the world’s population and 30 percent of its GDP.

The UAE and Kazakhstan are both acutely aware that, with a supply chain composed of land and sea routes running from China to Scandinavia and the Middle East, an innovative, flexible and global legal network to support commercial rule of law is crucial. BRI should not only create opportunity, but it should also enable progressive justice in terms of security, protection and certainty that people and businesses need to trade and innovate securely.

In recent weeks, DIFC Courts and a delegation from the Supreme Court of Kazakhstan met in Dubai to discuss their role as Courts of the Future, the Fourth Industrial Revolution, China’s Belt and Road initiative and the need for the world’s courts to collaborate to provide greater access to justice.

In his first visit to an overseas court since assuming his new position, Chairman Zhakyp Assanov of the Supreme Court of Kazakhstan discussed unlocking the power of innovation to transform courts into services, as well as improving access to justice in line with increased prosperity.

Links between the two courts have expanded significantly in recent years, starting with a cooperation agreement between the DIFC Courts and the Supreme Court of Kazakhstan in 2015. It included a memorandum of guidance giving practical directions for the enforcement of judgments for businesses operating in or between both countries.

The Dispute Resolution Authority (DRA), as part of a wider advisory project, delivered its recommendations in 2017 to the Astana International Financial Centre Authority (AIFC Authority) on establishing the first specialist common law commercial court and independent arbitration centre in Kazakhstan, operating exclusively in English. English common law is favoured for contracts and dispute resolution by the international business community. AIFC sees its role, in part, as a gateway into Central Asia for international investors and a link between Shanghai, Dubai, and London.

Whilst such collaboration between institutions might be viewed as exclusively underpinning the commercial rule of law and trade, the trickle-down effect cannot be overlooked. Measures being taken by both the UAE and Kazakhstan to improve the effectiveness of justice feed into larger national plans for creating more sustainable and diversified economies. For the UAE, it is Vision 2021, and for Kazakhstan, it is Plan of the Nation – 100 Concrete Steps.

Each country’s blueprints are also designed to absorb commitments to the UN’s Sustainable Development Goals. Launched in 2016, the SDGs represent a commitment by nations with an undertaking to “promote peaceful and inclusive societies for sustainable development, provide access to justice for all and build effective, accountable and inclusive institutions at all levels.”

The combined effect of the growing inter-governmental partnerships at strategic level will certainly herald the beginning of a stronger collaboration between the Middle East, led by UAE efforts, Central Asia under Kazakhstan’s pioneering endeavours, and Asia, driven by China as its economic powerhouse.

The myriad of technological advancements that define the fundamental re-shaping of businesses in the 21st century make it essential for high-level connectivity and innovation. Expectations from the private sector increasingly require the bold engagement of public service and of regulatory agencies. The DRA’s ambition, through continued outreach to global judicial systems, is to contribute in creating a level-playing field between BRI participants, by re-engineering the way commercial justice is designed and delivered.

As goods and services travel across the world along the BRI, they will seamlessly cross borders, so we need a seamless judicial platform that can do the same. The answer is to make sure that when the dispute comes into the “real world,” the court system can understand that virtual supply chain and deliver a decision that can be executed around the world. The creation of a court that focuses on connectivity and the enforceability of its judgments will ensure the success of the BRI by facilitating the quick resolution of disputes in a neutral forum

The future of courts will be one of supporting supply chains operating virtually, with dispute resolution encoded into the blockchain, with virtual currency and with the most likely dispute being one of coding. Those supply chains will develop and advance to the point that smart contracts will replace traditional contracts, and we’ll see them become ubiquitous even for small- and medium-sized enterprises (SMEs) operating on a public blockchain. Soon we’ll see not only the contract encoded into the supply chain, but also the applicable laws and regulations. At that point, it will be the blockchain itself which resolves most contractual disputes.

This allows companies to scale up faster than ever, with suppliers and customers knowing disputes can be resolved (and decisions enforced) in seconds versus months or years – and without the need for human intervention, with AI and machine learning making the system smarter.

The author is Chief Executive of Dispute Resolution Authority.