The most recent ministerial meeting on Syria in Astana on March 16 extended the ceasefire in the de-escalation zones and gave the guarantors an opportunity to compare notes. 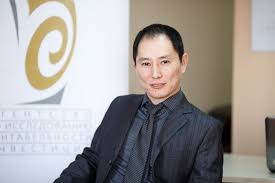 This March marked seven years since the beginning of one of the bloodiest conflicts of our time, the civil war in Syria. The settlement of the protracted confrontation is among the top priorities not only for Syria and the states of the Middle East, but also for major world powers. Just as in Syria itself, interests and claims of the opposing forces have been closely intertwined, so “the Syrian knot” has become too tight for global and regional players. And there is no way to cut such a knot, since this allegory represents hundreds of thousands of human victims, growing in number every day.

It is for these reasons that the value of the negotiating platforms, where the opposing sides of all levels could discuss their demands and the vision of how to resolve the conflict and find some mutually acceptable positions on these issues, is incredibly high.

Astana, which in a little more than a year has already held eight rounds of Syrian talks attended by the parties to the conflict, guarantors and international organisations, most notably the UN, became such a platform in 2017.

The recent ministerial meeting became another step in the diplomatic struggle to resolve the Syrian conflict. Since the civil war in Syria has become protracted and apart from domestic disputes, global and regional players are being overactive there; Kazakh diplomacy has at some point demonstrated its willingness to exert every effort to bring together different parties to the conflict at the negotiating table.

It is, of course, impossible to deliver a result overnight in such a controversial conflict as there are a lot of parties, different interests and actors involved who have been tearing each other apart for years. Everybody understands this, so there should be no relaxing.

Along with this, there is sometimes a certain competition between the two main platforms for Syrian talks: Astana and Geneva.

For the most part, this competition is artificial and even contrived since both processes fulfill the same task – finding common ground between the opposing sides. However, as external players actively confront each other, both on the battlefield and in diplomatic battles, there is a natural desire to get as many victories as possible, both military and diplomatic ones. And this gives rise to unnecessary controversies between the two platforms working on the same issue.

In recent months, the conflict in Syria has deteriorated and relations between the United States and Russia have deteriorated as well, particularly after the bombing of the Russian Wagner private military company (PMC) by U.S. military forces and violent clashes in Eastern Ghouta. Turkey’s military operations in Syria and its confrontation with Kurdish forces are not an easy situation.

In this vein, the decision on the de-escalation zones adopted during the Astana Process becomes particularly relevant. The fact that several key external forces, namely Russia, Iran, and Turkey, have managed to reach a consensus to reduce the bitterness of hostilities, a recipe for helping the civilian population and a common vision on the conflict de-escalation, is worth a lot. Moreover, the day before Astana hosted the first meeting of the working group on the exchange of detainees, handover of bodies and identification of missing persons, established as a follow-up to the eighth round of the Astana talks.

As for the main practical achievement of the Astana Process, the de-escalation zones, one should note that the agreements created four such zones for six months.

The first zone, covering Idlib province, also includes the north-eastern regions of Latakia, the western provinces of Aleppo and the northern regions of Hama province. More than a million civilians live in this zone.

The second zone extends to the Rastan and Talbiseh enclave in the northern part of Homs province. About 180,000 civilians live in this zone.

The third one is the most problematic to date; the zone is located in the northern suburbs of Damascus in Eastern Ghouta. About 700,000 civilians live here.

Last but not least, the fourth zone includes the provinces of Daraa and Quneitra in the south near the Syrian border with Jordan. The number of civilians here is close to 800,000 people.

According to the Astana agreements, both government forces and insurgents had to stop all hostilities in these territories, including air strikes, for six months. These zones should be surrounded by security buffers, as well as observation posts of the guarantor responsible for a certain zone. Finally, the zones should receive precise and unhindered deliveries of humanitarian aid.

And except for the third zone covering Eastern Ghouta, these decisions managed to restore relative calm in the remaining three zones. According to the collective statement of the foreign ministers published following the March 16 Astana meeting, all four de-escalation zones will continue to operate.

The zones were due to stop operating last year, but the measure has been extended; however, Russian Foreign Minister Sergey Lavrov stressed that the zones could continue to operate depending on the situation on the ground.

The fact that the Astana Process has been launched, has become regular and its decisions are working contributes to the settlement of the conflict and saving human lives – this, of course, is a huge breakthrough for Kazakhstan’s diplomacy, especially considering how difficult it is to take any joint decision in a zone of the Syrian conflict.

In this sense, the fact that there are two tracks, Geneva and Astana, is definitely a positive factor, because each of the processes unites its own blocks and creates successful examples which then could be used by other parties.

The unique nature of the Astana Process is mostly related to the Eurasian concept of Kazakhstan’s foreign policy doctrine. Even if we consider the three players united by the Astana Process, Russia, Iran and Turkey, it can be noted that they chose Astana for a reason, as Kazakhstan has partnership and friendly relations with each of these countries.

The country has close historical, political, economic and military ties with Russia. With regards to Turkey, the proximity of the Turkic and Islamic world is multiplied by cultural identity and many forms of economic and military cooperation; as for Iran, there are time-tested partnership and joint projects, from the Caspian Sea to the Kazakhstan-Turkmenistan-Iran railway.

That being said, there is a need to emphasise the importance of Turkey in the Astana Process. This is due to the fact that Turkey is a member of NATO, having one of the largest European military forces and a strong voice within the Western alliance and the Muslim world.

And, although Turkey, Iran and Russia have very complicated relations (one can recall a Russian pilot shot down by the Turkish military, the mutual criticism of Iran and Turkey and, if we look back in time, [Russian Ambassador to Persia] Griboyedov’s murder or Ayatollah Khomeini’s harsh criticism of the Soviet Union), Kazakh diplomats managed to create a point of trust in Astana for such complex partners.

The outcomes of the ministerial meeting, despite the alarming news from Eastern Ghouta, showed that Turkey, Iran and Russia agreed to continue the operation of the de-escalation zones and their responsibility for it. Despite the absence of breakthrough statements, the opportunity to compare notes and have a regular exchange of views on the development of the conflict is an important part of the restart of the peace process.

It is essential to continue searching for ways to resolve the conflict in a dynamic and constructive manner and, in this respect, it was good news that the leaders of the countries concerned decided to hold the ninth round of the Astana talks in May.

The author is an independent political scientist.