By Amir Khaidar in Central Asia on 9 April 2018 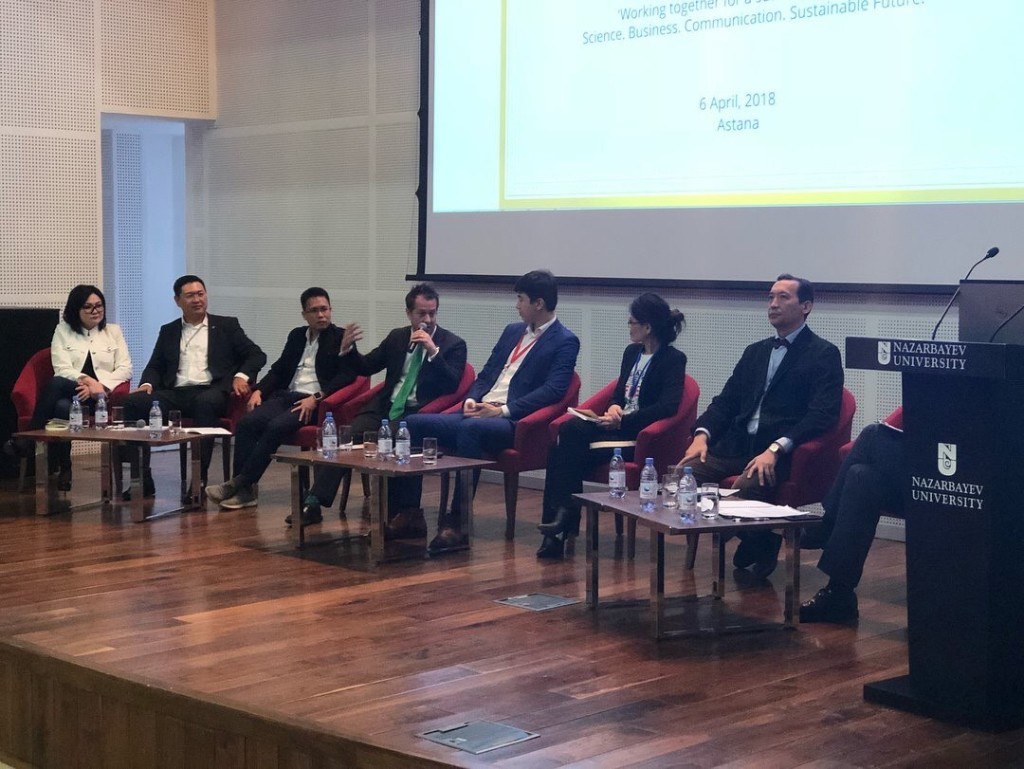 The forum was organised by Kazakh students and scholars studying at universities in the United Kingdom. The forum includes two gatherings, a previous meeting in London and the April 6 event in Astana.

“The main purpose of the forum is to create unique platform for young researchers, to inspire young researchers and to invite business representatives to the dialogue,” said Forum organiser Adil Zharmukhambetov.

According to the UNESCO Institute of Statistics report, the 30 most developed countries of the word invest nearly 3 percent of their GDP into research and development. Kazakhstan is at the end of this list, with less than 1 percent of GDP invested between 1996 and 2005.

“The UK firmly supports Kazakhstan’s ambition to be in the top 30 most developed countries of the world by 2050,” said British Ambassador to Kazakhstan Michael Gifford. He also affirmed that the UK will be a partner to Kazakhstan in that effort.

Event participants also discussed including more researchers from around Central Asia, and panelists discussed the possibility of holding a forum in Kyrgyzstan or Uzbekistan. They also expressed hope that the number of active researchers in the Central Asia will increase.