ASTANA – More than 14,000 people from 38 countries gathered April 22 in Almaty to take part in the Almaty Marathon, the largest sporting event in Central Asia. Over the past seven years, the event has grown from 2,500 participants in 2012, when it was first organised. 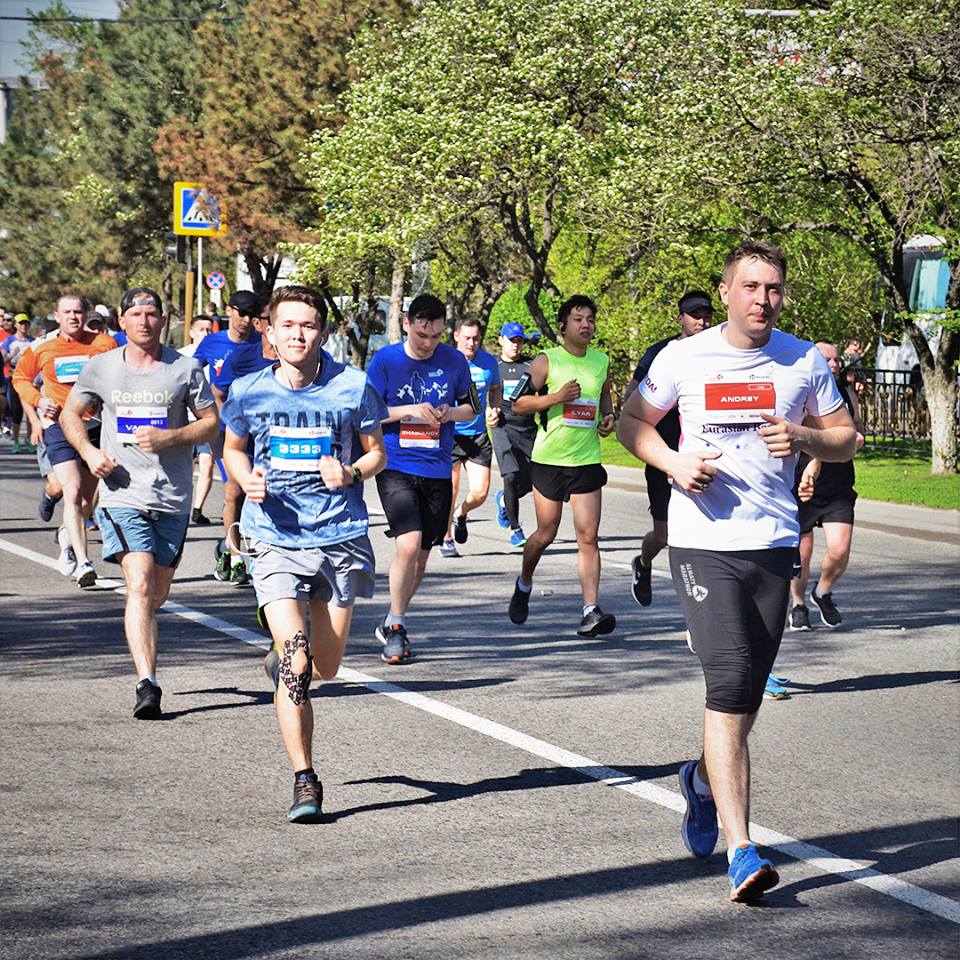 The participants could choose between distances of 42 kilometres, 21 kilometres and 10 kilometres as well as a separate start for children and a 10-kilometre distance for a Scandinavian walk.

Experienced runner Michael Krasilov was first to cross the finish line of the 42 kilometres marathon in 2:32:00. He recently placed six in the Hannover marathon, finishing in 2:24:24.

Almaty Marathon Director Saltanat Kazybayeva said marathon route changed several times this year. Unlike previous years, when participants ran from the Park of the First President to the Central Stadium, this year the route became a circle with the start and finish in the same place – the New Square.

The organisers also introduced online tracking, enabling the participants to monitor their results. Runners also had the opportunity to replenish their energy stores with mid-run snacks and water available throughout the distances.

Twenty-four-year-old Nargiz Kemelbekova ran the 10-kilometre distance and was surprised by the popularity of the event.

“I am glad I took part in the 7th Almaty Marathon. Though I registered for the marathon (on the first day) Jan. 1, my number was 4,442, which means almost 4,500 people had registered before me in half a day. The scale already surprised me then,” Kemelbekova told The Astana Time.

“In general, we were lucky the weather was good, and the route was relatively easy, though it was getting so hot closer to a finish line which made it difficult to run,” she added.

Kemelbekova and others praised the event’s organisers.

“This is such a tremendous effort to gather 14,000 people in one place, direct them to their zones, control cloakroom and food storages. I am surprised at people criticising and complaining about poor organisation,” said Kemelbekova, referring to some rumblings in the social media about traffic jams on the day of the marathon and other related issues.