AIFC discusses perspectives of cooperation at Boao Forum for Asia

ASTANA – A delegation from Kazakhstan delegation participated in the annual Boao Forum for Asia (BFA) in Hainan Province, China, earlier in April. This year’s topic was “Open and Innovative Asia for a World of Greater Prosperity” 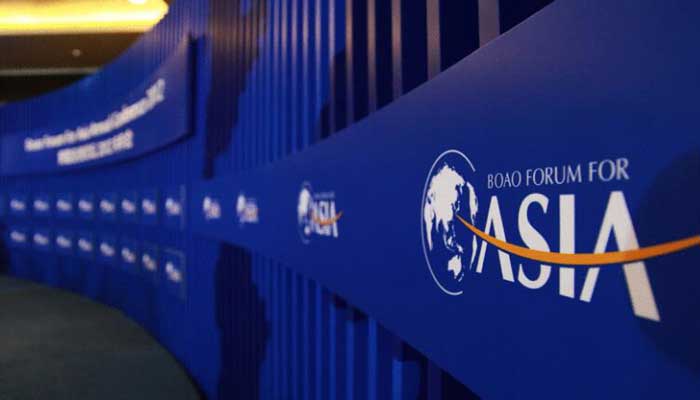 Today, humanity faces a policy of confrontation and resistance to change. Such an attitude is traced in all spheres, including the economy. Nevertheless, a national economy is not considered as an issue of the single state anymore. On the contrary, for seeking economic growth and stability, states undertake various actions. Cooperation in international organisations and making conversations globally are among the measures.

The Asian region has a rich and dense history of nations, states, wars and borders. Due to a number of historical and current geopolitical factors, Asian states have decent preconditions today. The Silk Road is worthy to be treated as a definite source of analysis of historical processes not only between Kazakhstan and China, but also throughout Asia and the East. Historical roots are the source and support for the development of bilateral cooperation of neighboring states and their peaceful coexistence. However, states’ collaboration is never considered apart from economic essence.

China is the state with the second largest economy after the U.S., contributing 25 percent of the world’s economy. For 2017, foreign trade turnover increased by 13 percent, including exports by 8.5 percent.

China announced its intention to become a major player in the region in September 2013, when Chinese President Xi Jinping during his speech in Astana presented the Belt and Road Initiative (BRI), the largest foreign policy project of his administration. In other words, it is the revival of the ancient Silk Road.

Today, economic relations between Kazakhstan and other Asian states are rapidly increasing. China’s trade with Kazakhstan for 2017 amounted to $9.2 billion, which reflects an increase of 39.2 percent compared to 2016.

The stable growth of the Asian region in general positively effects the global economy on a large scale. Such indicators are always achieved due to dialogues and general meetings in resolving economic issues, finding consensus and filling gaps.

The small town of Boao was full of sessions and impressive talks of politicians and experts in the period from April 8-11. About 2,000 delegates, including governmental sector, business, industrial and scientific circles, visited 60 different sessions.

BFA has been held since 2002 in China’s southern Hainan province. The forum is also known as the “Asian Davos,” because just as for the annual World Economic Forum, representatives of different states gather around the table to reach common goals. BFA is dedicated to triggering Asian states to reach a consensus concerning integration in the spheres of economics, society, finance and the environment.

The forum broadcast such messages as the importance of trade and investment liberalisation, more open economic integration and innovation and promoting a prosperous Asia in a flourishing world. Kazakhstan has traditionally participated in this high-level event.

Xi, in his speech at the opening ceremony, underlined the positive reflection of the state’s opening-up policy and mentioned that “The world is undergoing a new round of major development, great chance and profound readjustment. Mankind faces many instabilities and uncertainties. The new round of technological and industrial revolutions brings fresh opportunity and also presents challenges.” Thus, digital globalisation is the next step. We are witnessing the era when digitisation is not a challenge, but a tool to develop.”

The purpose of the Kazakh delegation’s visit was to hold bilateral meetings with representatives of the Chinese business sector, conduct roadshows of national companies planning to launch their as IPOs and sign bilateral memorandums of cooperation.

The delegation from the Astana International Financial Centre (AIFC), headed by its Governor Kairat Kelimbetov, joined the discussion concerning the potential development of the BRI.

Special attention was paid to the topic of innovations, which highlighted such topics as blockchain, new trade and the future of production and communications, which are also important in the work of the AIFC.

At his interview with China Global Television Network, Kelimbetov stated that “International trade will motivate competition, while competition will always spur technological development and innovations. We believe BRI is not just a land or maritime bridge, but also [means] digital Silk Road development.”

Meanwhile, Lin Guijun, the chief editor of the BFA annual report, in joining the interview stated that “Now, we have economic integration in an institutional sense. For a long time, communication between East and West has been done through the ocean on cargos. Today with the development of the BRI on land, communication will be a revolutionary change. The new substantial change will accelerate economic integration.”

Kelimbetov also met with the representatives of Chinese financial institutions and signed memorandums of cooperation. During his visit to Shanghai, memorandums of understanding were signed with Haitong Securities, a company working in the field of brokerage, investment banking services and corporate finance, and with Shenwan Hongyuan Securities, a large Chinese company that provides consulting and brokerage services on securities.

In Beijing, another group of memorandums were signed with three leading banks, Bank of China, China Construction Bank, and Industrial and Commercial Bank of China, as well as with CITIC Securities, which provides underwriting, investment advice, brokerage services, asset management and capital management.

During his visit, Kelimbetov gave speeches at sessions devoted to the BRI. The AIFC governor and leaders of Chinese financial banks and research institutions discussed the strategic development of the initiative. Another session visited by the AIFC governor was “Financial Risks: Black Swan, Grey Rhino & the Minsky Moment.” These three concepts were discussed as the main objects to go through analysis in predicting a financial crisis. The governor mentioned the three main obstacles at avoiding a financial crisis. First, there is the inefficiency of the depth of capital markets which are relatively small. Secondly, the rule of law is difficult in terms of implementation. And lastly, the Fintech sector seems to be challenging. On the one hand, there is need to determine the kind of regulation and monetary authority to design the framework of potential risks. However, on the other hand, Fintech is a new reality.

Tomorrow: in line with technologies

Such big companies as Google and Alibaba are already partly replacing their work with instruments of fintech. New fintech technologies substitute the traditional banking system. Regulating all the outlines of fintech is very important. The AIFC will be based on English common law. At the same time, balance between capital markets, traditional banking and fintech is crucial. The financial sector has to be in line with the development of new technologies.

The world economy is going through a range of changes and needs to be adjusted to current trends. Thus, digitalisation became a highly discussed issue this year. Traditional economic barriers are erased and digital instruments are widely globalising business processes.

In terms of digital globalisation and gaining economic growth, the AIFC shared its views and future plans. Advanced financial technologies and digitisation are the main growth points for the AIFC.

Both Kazakhstan and China treat each other’s economies with curiosity for the continuation of the cooperation in various sectors. Today, the Shanghai Stock Exchange (SSE) is a strategic partner and shareholder of the Astana International Exchange (AIX). Kazakhstan’s stock market will be led to the best world practice and will gain its confident pattern. AIX and other institutional bodies of the AIFC will be supplied by all the latest fintech instruments in order to provide a full range services for its participants.

The organisation’s level of competence and recognition are determined by its partners and those who trust in it. Thus, in addition to China’s financial institutions, the AIFC has signed a number of partnership documents with giants in the financial sector such as NASDAQ, WAVES platform, Euroclear, Thomson Reuters, Bloomberg, Microsoft and others.

These and other organisations will gather in Astana on July 5 during the Astana Finance Days in order to discuss the most essential matters for the economy of Kazakhstan and its partners. Astana is about to become a new regional and international platform where every participant gains economic growth and prosperity.

It is important not just to identify the impact of Asian states towards each other, but also the role which Asia can play for the rest of the world. Thus, win-win cooperation is key for growth and prosperity. The lifestyle and work of each human in Asia has an effect on all three interrelated elements, which include private interests, regional execution and worldwide development. Such collaboration of all elements are key answers for the challenging issues.