“The Almaty marathon will undoubtedly become one of my most exclusive. Of my over 300 marathons, I have run almost half of them in Norway, Hawaii, New York, Moscow, Beijing and Pyongyang. Almaty means ‘apple’ and Almaty has the best apples in the world and great parks. In addition, the city’s skating history is known worldwide. Therefore, I agreed at once, when BFP invited me to the marathon in Almaty. I am looking forward to visiting and running the marathon, together with my two grandchildren, in Almaty. In addition, Kazakhstan is a new country for me, a country I look forward to experiencing,” he said in an interview for this story. 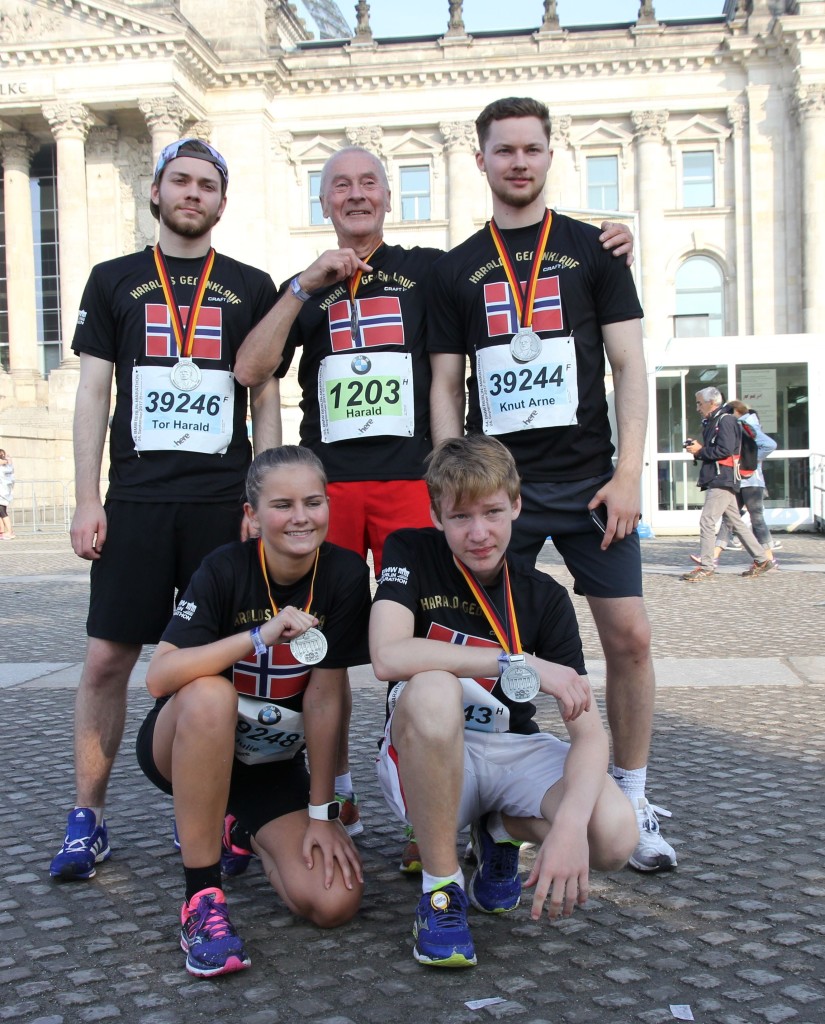 Harald Sel and his grandchildren

Sel has biked with BFP in Cuba and Vietnam and since 2000 has participated more than 25 times in the Trondheim-Oslo race. In recent years, he has been running marathons with his grandchildren. Five of his six grandchildren participate in various marathons and the youngest (17 years old) plans to debut in Berlin in 2019.

“As a child and youth, I ran in a lot of forests and mountains. I was an active midfielder. Later, there was also a lot of cycling and participation in long runs. I was 46 years old when I ran my first marathon. After that, marathon running became a dear hobby. I have run over 300 marathons in 30 years. I am very grateful; I feel very fortunate to be able to do what I love. I have good health and I have never been injured,” he said.

BFP has been organising races in different parts of the world for the past 40 years and any volunteer, sportsperson, activist, public figure or concerned individual can participate in the rides. BFP has been in Kazakhstan several times since 1988. The anti-nuclear activists cycled the Semipalatinsk-Almaty-Astana route in 2011 and toured Bishkek-Almaty-Astana in August.

In spring 2015, BFP together with Mayors for Peace and The ATOM Project organised the Washington DC-New York peace ride. Naerland and The ATOM Project Honorary Ambassador Karipbek Kuyukov gave lectures about the humanitarian consequences of nuclear weapons at different locations including schools, universities, baseball games, the United Nations (UN) and peace rallies in New York.

“I am not a specialist in the work of nuclear disarmament, but, as I understand, Kazakhstan has been a pioneer country. Unlike Norway, the country has unconditionally advocated the UN Treaty prohibiting nuclear weapons. I have a lot of respect for this. In this question, everyone, including Norway, should listen to Kazakhstan. The country is among those that, more than most, has experienced the damage of the Cold War’s nuclear weapons race,” said Sel.