ASTANA – Tumar is the first and only Kazakh brand of national-style silver jewellery using the champlevé enamelling technique. The company has an online store (www.mytumar.kz) where it sells its collections and offers custom-made pieces. 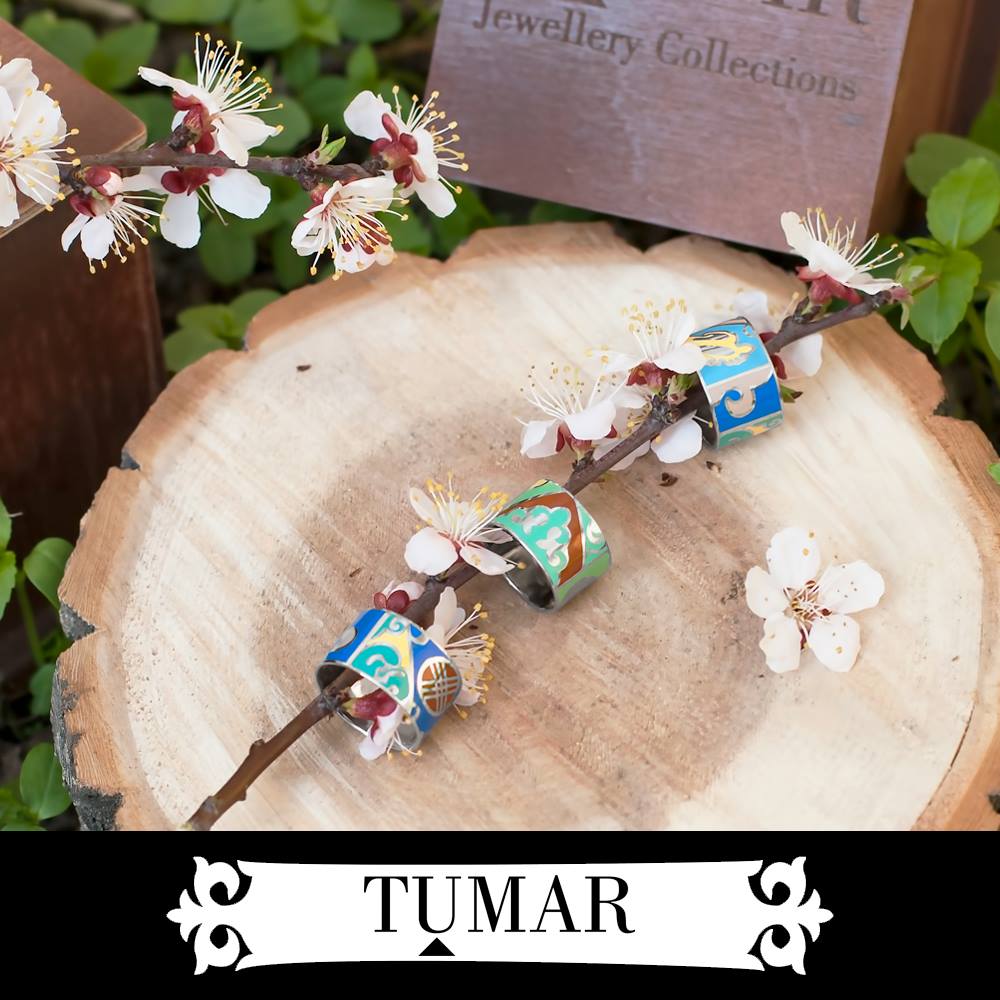 The champlevé technique is one of the most ancient methods of jewellery making. Grooves are cut into the metal, then filled with enamel and fired. The biggest difficulty is that enamel connects differently with gold and silver, very often breaking, and some colours cannot even be applied. Certain pieces are then baked 15 times, said founder Nadezhda Chipirova.

“Enamel is a glass powder. It is wetted, applied to the product and everything is baked in the oven. And then there is polishing on the machine. Hot enamel is the same as glass. Therefore, it is difficult to work with it. Some colours do not interact with silver at all. Each colour has its temperature and baking time; on average, it is 650-700 degrees Celsius. The process of laying the enamel and its baking onto the silver is repeated several times,” said Tumar jeweller Marat Khodzhabayev. 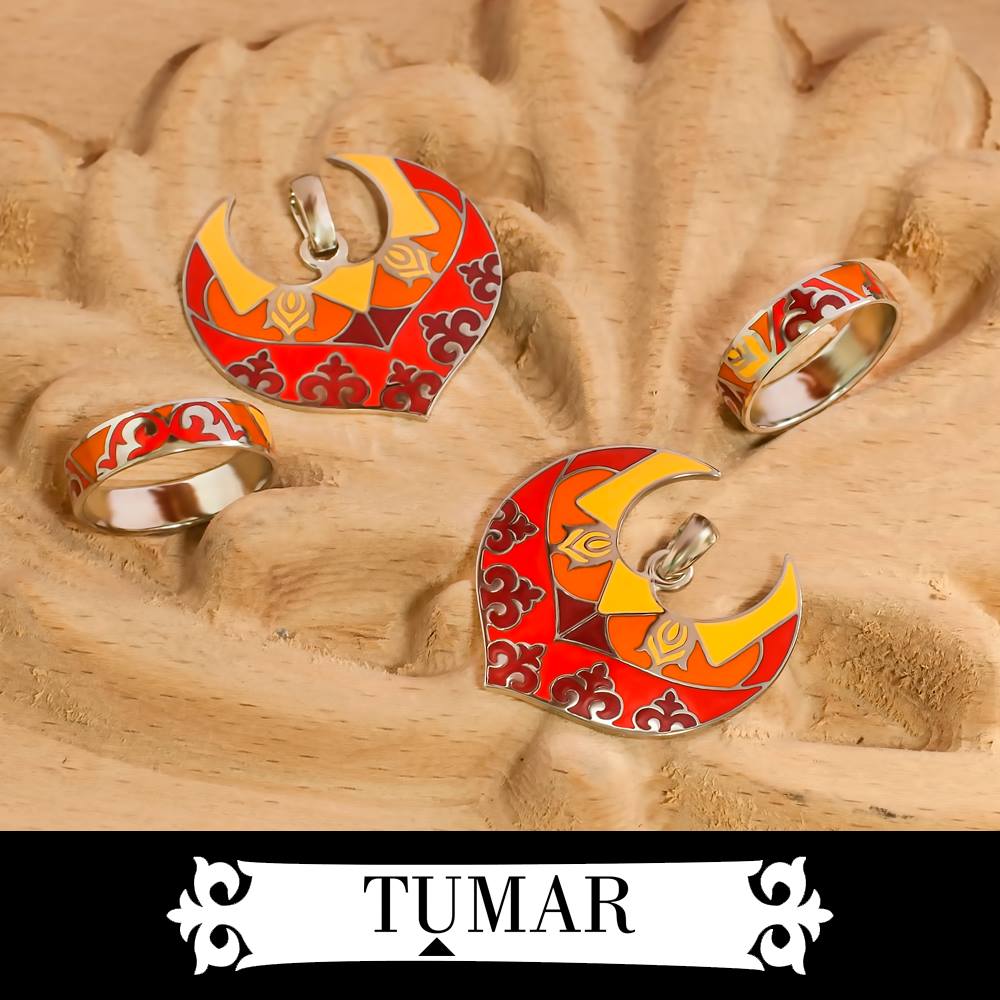 The company makes virtually all types of jewellery, such as rings, earrings, bracelets, cufflinks, and pendants.

Almaty-based Chipirova created the brand nearly three years ago. The process began a decade earlier with an online store where she sold jewellery made from polymer clay.

“Then, I needed a silver one and I made an order. It was made very badly and I realised that I could not even offer it to my customers. After that, my husband told me – ‘you dreamed of your jewellery brand. Count all that you need and we will have our own jewellery shop,’” she said.

Starting a jewellery business from scratch seemed like an impossible task, as it always needs investments, she noted.

“Technologies are changing, new equipment is emerging, new printers are printing wax in 3D. Of course, you could cut it all off with your hands, but it takes time,” she added. 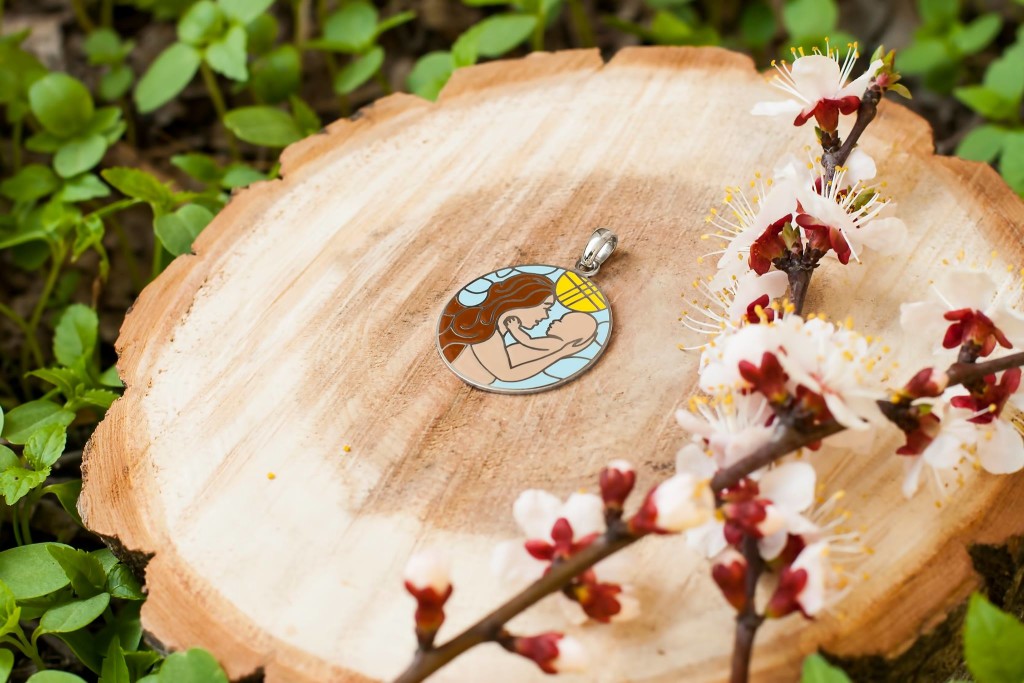 The idea of Kazakh ornaments has followed her since she was a child.

“I grew up in a village. There were five or six families, including Kazakhs, Chechens, Russians and Ossetians, and we lived like one big family. Our doors were never closed. Back then, our neighbour was looking after us; we called her ‘apashechka’ (a very tender diminutive term for gradma in Kazakh with the Russian suffixes). She used to make traditional quilts and she let us cut the patterns attached to them. She told us about the meaning of the patterns,” noted Chipirova.

Initially, she planned to make classically styled jewellery. After analysing the market and looking at a case containing famous Georgian enamel, however, she changed the concept to making something similar but with Kazakh ornaments and adding colour. 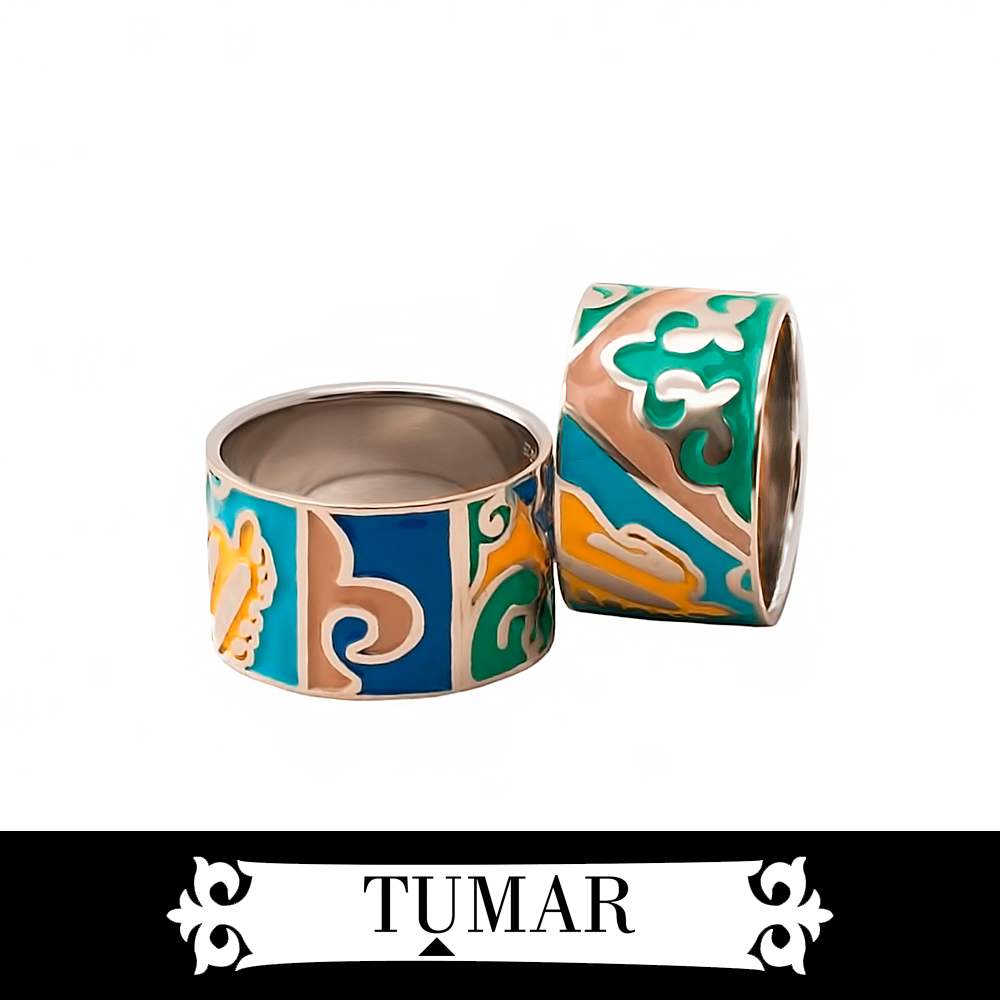 “We wanted to make silver pieces in new techniques. We also wanted to follow trends. Then, we began to consider different types of techniques and chose the hot method. Since hot enamel allows you to make coloured jewellery and there are very few of them on the market, we decided to focus on it. We also use the so-called ‘blackening technique,’ but not in such quantity. Many people do it,” she said.

Tumar only needs a schematic sketch of what a client wants to create custom-made jewellery, then proposes the design. Sometimes, people ask for symbols and initials. For exclusive orders, the company can make gold pieces.

Each collection, with names like Khan Tengri, Sary Arka and Tamgaly, is inspired by the nature or the archaeology of Kazakhstan. 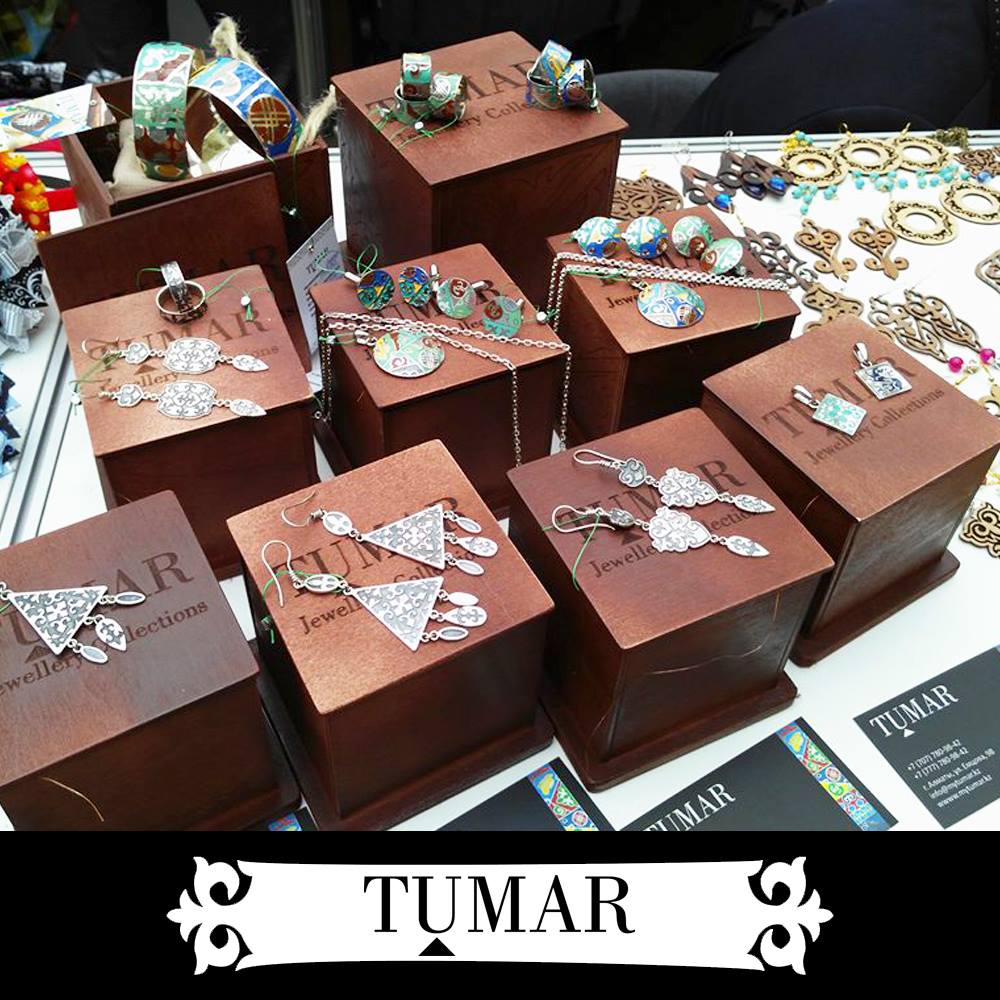 The brand recently introduced the cold method of enamel application, because jewellery made using the hot technique can be pricey and many customers ask for cheaper models.

“Big and small sellers were really interested in distributing our products. Our prices are a little high for the mass market. That was also one of the reasons we added the cold enamel technique,” said Chipirova.