By Anuar Abdrakhmanov in Sports on 27 March 2018

ASTANA – The Kazakh national football team recently beat Hungary 3-2 in a friendly match in Budapest on March 24. The outcome was upset as the Hungarian team, a participant of the 2016 European championship in France, was expected to win. 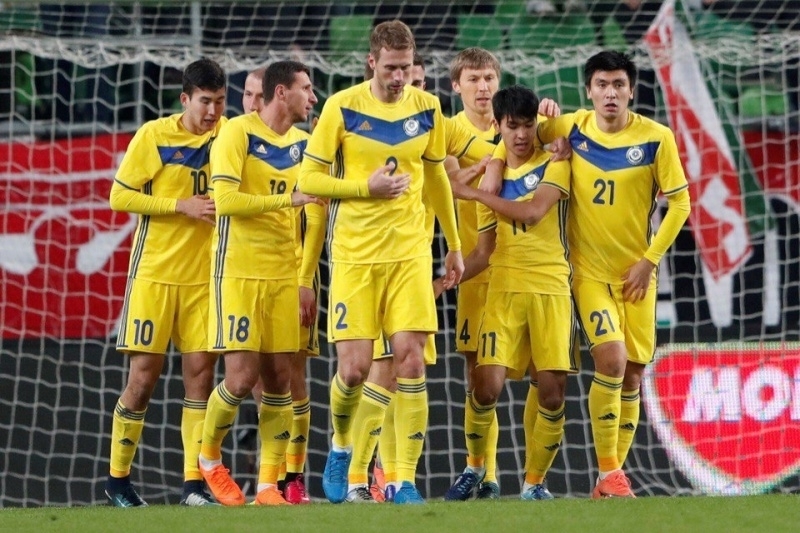 The match was the first for the new head coach of the Kazakhstan’s national team, Bulgarian Stanimir Stoilov. Stoilov became the head coach of the national team in early March. Prior to that, he worked within FC Astana, which won the national championship four times and reached the group stage of the Champions League and the 1/16 finals of the Europa League. The Kazakh team started the game well, taking the initiative. As early as the 6th minute, 24-year-old midfielder Roman Murtazayev opened the score. Four minutes later, 19-year-old Bakhtiyor Zainutdinov scored another goal. After a while the Hungarians got one back thanks to Adam Szalai.

The Kazakh players did not revert to a defensive posture but continued to try their chances at the opponents’ net. At the 39th minute of the match, 18-year-old forward Yerkebulan Seidakhmet, who plays for football club Ufa, scored his first goal in the national team of Kazakhstan.

“I think the game was a good test for both teams. I am satisfied with the organisation and discipline the national team of Kazakhstan showed in their game. I’m also happy with the confidence of my players, as I wanted them to play equally in both attack and defence, and they did it. I was more interested in how each player would prove himself than in the result of the match. It’s great they won, it will give them self-belief. As I said, the 136th place in the FIFA rating does not match the level of Kazakh players. The Hungarians also showed an excellent game, and it is clear that they are a high-level team. I wish them good luck in the League of Nations tournament,” Stoilov said.

“Now everyone on the team and, I hope, all Kazakh fans, have only positive emotions. I know that many were waiting for victories from the national team of Kazakhstan, and it’s a double pleasure that we managed to defeat a strong team that took part in the last European championship, team Hungary, in particular, in their home,” said the defender of the national team of Kazakhstan, Yevgeny Postnikov.