By Anuar Abdrakhmanov in Sports on 17 March 2018

The Kazakh National Paralympic team recently won its first gold medal in the history of the Paralympic games with Alexander Kolyadin’s winning gold in the men’s 1.5km sprint classic. 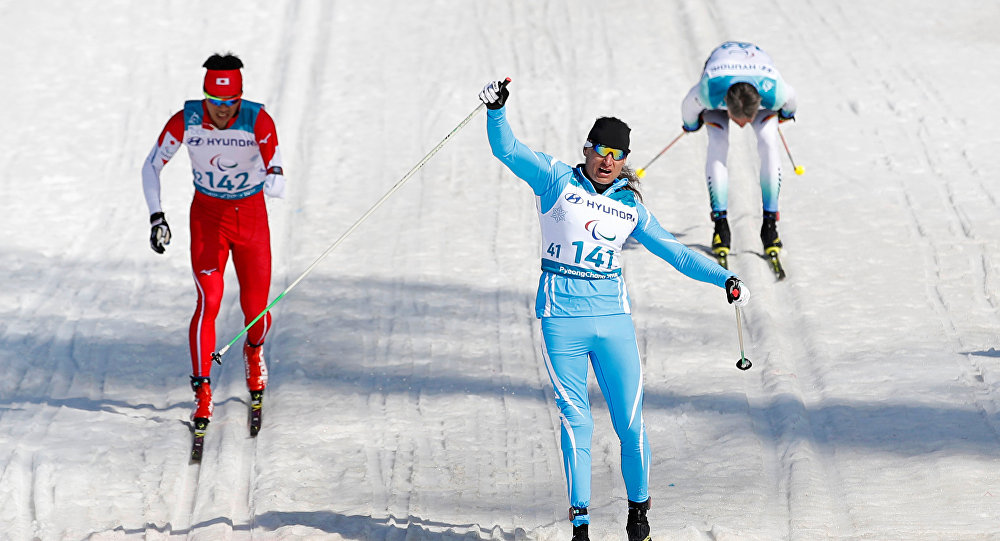 Kolyadin, who is from the Sarykol district of the Kostanai region, is a master of sports of Kazakhstan, six-time champion of the country and participant in the Sochi 2014 Paralympic Games. The athlete’s best previous achievement was 6th place at the World Championships in Germany.

President of Kazakhstan Nursultan Nazarbayev congratulated the athlete on his gold medal.

“This is a wonderful victory, which the country can be proud of. It gives joy to millions of fans in Kazakhstan. Your achievement will go down in the history of Kazakhstan’s sport and will be a good example for the younger generation,” the presidential telegram read. The Kazakh President wished the athlete good health, well-being and more success.

“We met with him in Borovoye right before the start, and I saw how he trained. And you know, he was ready, both mentally and physically. Then we wrote to each other, and I asked him how he was doing. He had a winning mindset, he was ready to win and promised to try,” said Kolyadin’s coach Anatoly Poiskovoy.

Kazakhstan is competing in cross-country skiing and biathlon at the current Paralympic games in PyeongChang. The national team’s athletes had placed well in international competitions leading up to the games.