ASTANA – Kazakhstan’s BTA Bank will receive assets and money worth $38.3 million after reaching an amicable agreement with Joseph Chetrit, an American developer and former partner of fugitive oligarch Mukhtar Ablyazov.

“During a trial initiated in 2015 by BTA Bank JSC and Almaty Akimat [mayor’s office] against Mukhtar Ablyazov, Viktor Khrapunov, Ilyas Khrapunov, and Triadou SPV S.A. in the Southern District Court of New York (USA), an amicable agreement was concluded with one of the participants in the lawsuit, Mr. Joseph Chetrit,” BTA Bank’s press service reported March 16. 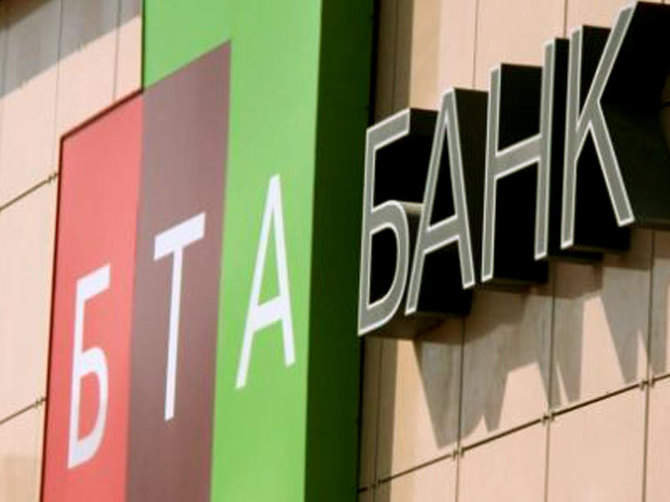 Chetrit transferred ownership rights for two real estate objects through a company owned by him, the total value of which, according to preliminary estimates, is $13.165 million, cash equal to the estimated value of a property – $1.6 million, financial assets in the amount of $23.5 million, which, according to the judge’s order, are kept in a deposit account. The funds will be released upon completion of the trial.

Chetrit was initially accused of participating in an international money laundering scheme and helping Ablyazov and the Khrapunovs hide $40 million in New York real estate deals.

“The activities of the BTA Bank on asset recovery at the interstate level have created a legal precedent of establishing and returning stolen assets through creating an evidence base in the U.S. judicial bodies. We also want to highlight the cooperation efforts of Ablyazov’s former partner, which helped resolve part of the dispute peacefully and strictly in a legal field,” the bank’s press release read.

Additionally, as part of the trial, the court ruled on the defendants’ contempt of court. During a March 5 trial, U.S. Magistrate Judge Katharine H. Parker found Ilyas Khrapunov, the son of Viktor Khrapunov and the son-in-law of Ablyazov, responsible for violating the protective order issued earlier by the court on transcripts of the plaintiffs’ depositions.

The court found that Ilyas Khrapunov leaked the transcript of a BTA Bank representative to a number of media outlets. The court ruling also stated that “Ilyas Khrapunov has played games with this court in the past, and his violation of the confidentiality order here is simply another example of this behaviour.”

This way, he not only violated the court’s order, but also hampered justice, the judge stated.

“Taking into account these facts, BTA Bank and Almaty Akimat are set for a positive outcome of the trial that is scheduled for the middle or the end of 2018. We are confident that in the future we will be able to identify and return other possible hidden assets to Kazakhstan, including through the American system of justice,” the bank’s statement read.

Ablyazov is a former chairman of BTA bank, who was accused of stealing about $7.5 billion from the bank. The case against Ablyazov, who has lived abroad for many years, was filed in Kazakhstan in 2009. An investigation found that the stolen funds were the Kazakh citizens’ pension deposits, personal savings and loans from foreign financial institutions. In 2017, he was sentenced in absentia by the Kazakh court to 20 years in prison. He is also wanted in Russia and Ukraine and was convicted in absentia to 22 months of imprisonment by the English High Court of Justice for “deliberate” and “substantial” contempt of court.

Viktor Khrapunov, a former mayor of Almaty, was accused of creating and leading a criminal group, misappropriation and embezzlement of entrusted property, fraud, money laundering and abuse of office. He currently resides in Switzerland where he fled after finding out the Kazakh government started an investigation against him. He was placed on an international detention request list by the International Criminal Police Organisation (INTERPOL).