New amusement park to be built in Astana

ASTANA – Capital residents should get ready to have some fun. Meruyert Theme Park, planned for 180 hectares near Korgalzhyn Highway, will be constructed by 2025. Financed by local and European private investors, the project will include numerous entertainment facilities, hotels, restaurants and a ski resort. 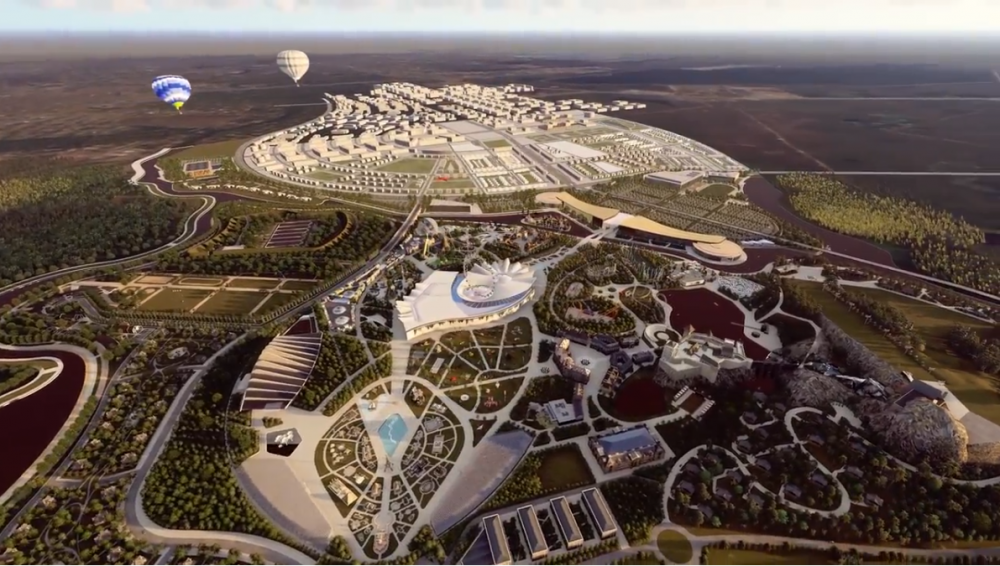 “We understand that a single local company will be unable to finance the project on its own; therefore, we entered into negotiations with foreign investors. The project will be launched in stages, since such parks are not built in five-seven years. For example, Disneyland was under construction for 60 years. The first stage of construction will include children’s rides and attractions and parking lots. We also decided to construct a water park, since there is no such huge water park in Astana,” said investors’ representative Maxim Yun during a presentation to the city planning council.

The project will be executed in four stages beginning this year. The first stage includes a trade and entertainment centre, hotels and restaurants, a Ferris wheel, roller coasters, virtual reality pavilions, an artificial island with a pirate theme and an artificial ice maze.

Approximately $180–$200 million, including $40 million for the 26,000-square metre water park, will be invested in construction. The project will be completed by local Mega Construction in a consortium with Renovation Construction.

The Kazakh Tourism company and the Ministry of Culture and Sports initiated the project, meant to enhance the city’s image and attract tourists. The agencies have expressed willingness to finance design and estimate documentation.

Yun noted the companies will need local authorities to provide landscaping and necessary nearby infrastructure.

“Such projects are appealing for the city and tourism. The project is beautiful and interesting; however, we need to understand the financial involvement of the investors. For our part, we will provide landscaping and required infrastructure,” said city Akim (Mayor) Asset Issekeshev.