ASTANA – Kazakhstan’s annual Nauryz celebration on March 21 and 22 was as eventful as ever, despite this year’s cold, foggy weather. 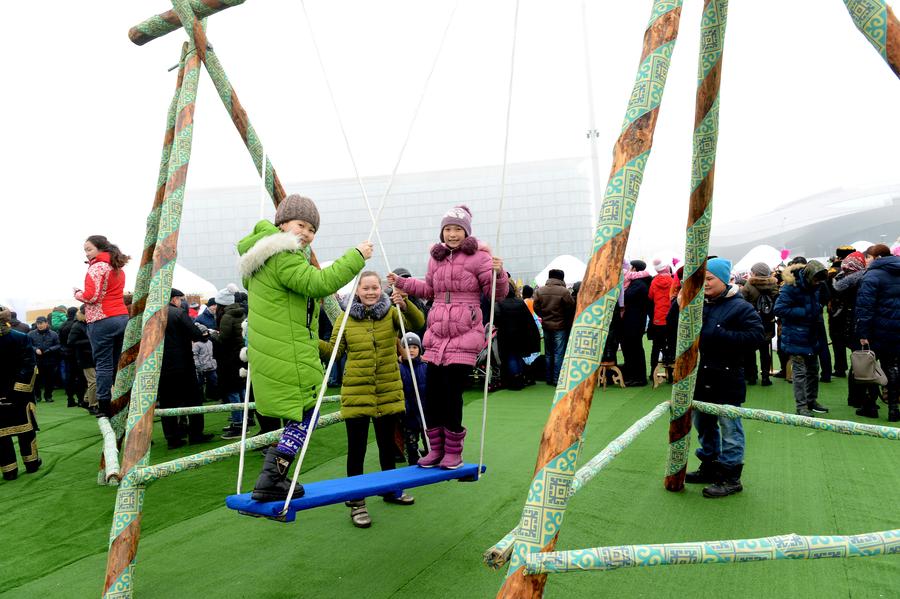 Astana residents celebrated Nauryz for the first time at the site of last year’s EXPO 2017, visiting ethnic villages erected on the high-tech campus and participating in outdoor activities March 21.

The festivities started with the Kazakh musical “Zhanarghan zher, bak konghan nurly el” (“Renewed land, blessed country”) at the expo’s Congress Centre. Nauryz was embodied as a boy in the story, a hero who returns warmth, love and patience stolen from his people by dark forces. He discovers for them the secret of happiness and prosperity. 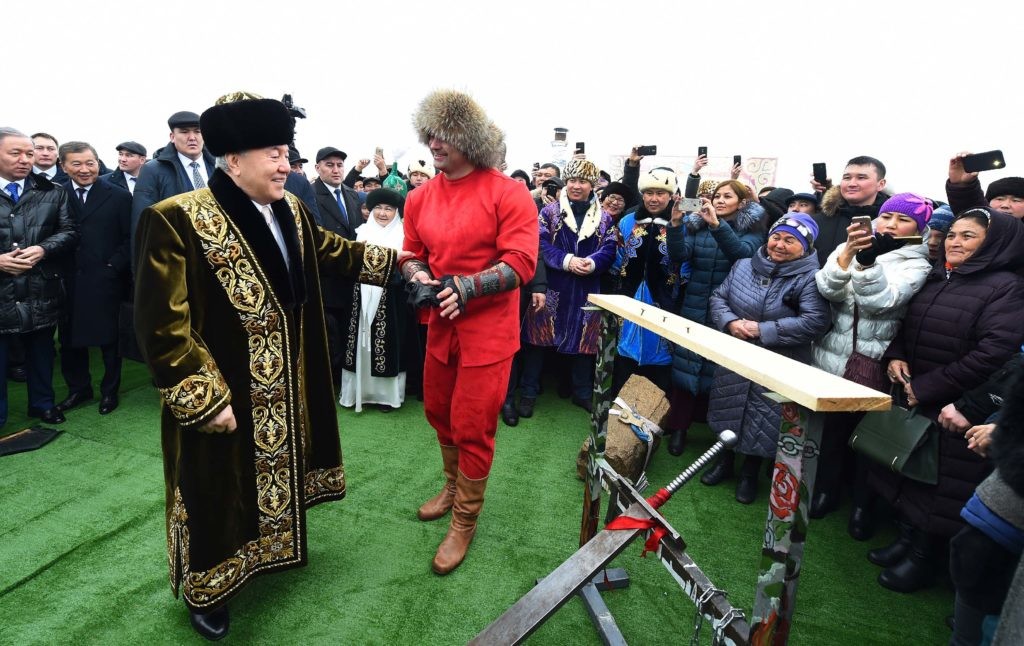 “Nauryz is a holiday of spring, revival and growth. Historically, we expect this holiday with pleasure and great joy, as day and night are equal, winter ends and spring with summer begins,” Nazarbayev said.

Guests at the so called ethnic village were greeted by characters from Kazakh folk tales and took photos with them. Artists from the capital’s theatres showcased national customs and traditions. There was also an exhibition of handmade pottery, felt and jewellery.

“This year, the celebration lasts for five days. I have a chance to spend weekends with my family. My husband took part in a Kazakh traditional sport competition. The children mostly liked the ethnic village. No one was bored,” Astana resident Zhamilya Bayazitova told The Astana Times.

The traditional and symbolic holiday dish, Nauryz kozhe, was prepared in an enormous taikazan (a type of cooking pot) with a capacity of 1,000 litres. Nauryz kozhe consists of seven components, a number that symbolises the seven days of the week and seven virtues. Traditionally, everyone should visit seven houses and invite seven guests to their home on the holiday. Guests were also offered other traditional Kazakh and Central Asian dishes in a food court.

In the past, perhaps the biggest sensation was a performance by legendary Kazakh wrestler and Guinness World Record-holder Kazhimukan Munaitpasov and Baluan Sholak. This year, famous athlete and one of Kazakhstan’s 100 New Faces Sergei Tsyrulnikov also delighted the crowd by tearing apart chains and hammering pins with his hands.

Spectators also paid great attention to the exhibition of ancient Kazakh dog breeds, the Tazy and Tobet. The speed of the Tazy hunting dogs – up to 80 kilometers an hour – as well as their hunting skills amazed the viewers.

The next day, city celebrations included concerts and celebrations of national cuisine; displays, discussions and performances in yurts; master classes by famous artisans on Central Asian arts and crafts; and, of course, a variety of kids’ activities. Artists and dance ensembles from Turkey, Uzbekistan, Iran, Afghanistan, Pakistan and Kyrgyzstan performed at a large concert, and the day ended with a fireworks show.

Almaty residents learned about the cuisines of Central Asia over the Nauryz holiday. Azerbaijani chefs taught pilaf in pita bread preparations and made baklava desserts. Turkish masters made burek bun with spinach and the sweet lukum. An Afghan chef showed the cooking process of a drink made of seven kinds of fruit, while an Indian chef prepared tandai, a refreshing milk drink with spices.

Aktobe city was visited by a Nauryz-Keruen caravan that congratulated citizens and wished them great holidays. Carts harnessed with horses were decorated with carpets, ribbons and flowers. A car with an improvised stage headed the column while equestrians in traditional clothes accompanied the caravan. Young people sang the song “Zharapazan,” which symbolises well-being and prosperity. Children performed the song on peoples’ doorsteps in old days and received candies or coins from the residents.

Nauryz is celebrated across Central Asia and in Afghanistan and Iran.