ASTANA – Approximately 83 percent of the country’s population speak the Kazakh language and 22 percent of the adult population can speak three languages, Minister of Culture and Sport Arystanbek Mukhamediuly said at a March 27 government meeting, quoting a 2017 census. 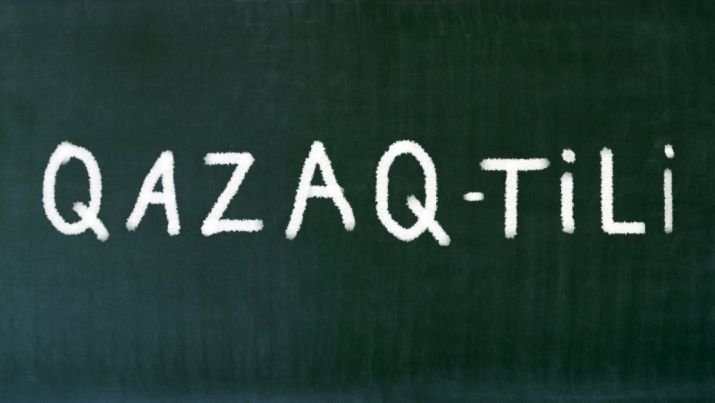 “To implement the project on promoting the trilingual education policy, 610 civil servants of central executive agencies attended state language courses last year. In 2016, their number was 300 people. Last year, 58,348 trainees underwent state language courses in the Language Training Centres. As of today, 89 regional state language centres operate throughout the country,” the minister said. Trilingual education policy refers to a state policy initiated several years ago by President Nursultan Nazarbayev to ensure language proficiency of the population in Kazakh as the state language, Russian as the language of interethnic communication and English as the language of international business and communications.

Approximately 94,455 people, including 22,837 civil servants, passed the Kazakh language proficiency test in 2017. A year earlier, the number of test-takers was 73,732 people, the minister said.

Last year, 92 percent of documents were processed in the state language. Of these, 89 percent account for the central state agencies, 93.3 percent of document circulation are at the local executive agencies and 49.1 percent at national companies. According to the Ministry of Information and Communication, the share of media content in the Kazakh language reached 72 percent in 2017.

“The National Terminology Commission has approved 3,000 terms. Thus, the terminological fund of the Kazakh language contains about 21,000 terms,” he said.

According to Minister of National Economy Timur Suleimenov, the State Programme of Development and Functioning of Languages of Kazakhstan for 2011-2020 envisages nine target indicators, the interim results ​​of which have been achieved in all respects.

Following the meeting, Prime Minister Bakytzhan Sagintayev instructed the Ministry of Culture and Sports to intensify work to provide the public with free Kazakh language courses and increase the availability of training courses in other languages, including through special information resources on the internet.

To ensure the gradual transition of the Kazakh language to the Latin-based script, state agencies were instructed to provide adequate explanatory work. Sagintayev reiterated to the government officials the need for timely implementation of key related initiatives.