Locally-made electric cars to be available in Kazakhstan this year

ASTANA – The Kostanai car plant has started serial assembly of electric cars and customers will be able to buy the Chinese JAC iEV7S in the second half of this year, reported kapital.kz. The price is expected to start at 7.5 million tenge (US$23,300). 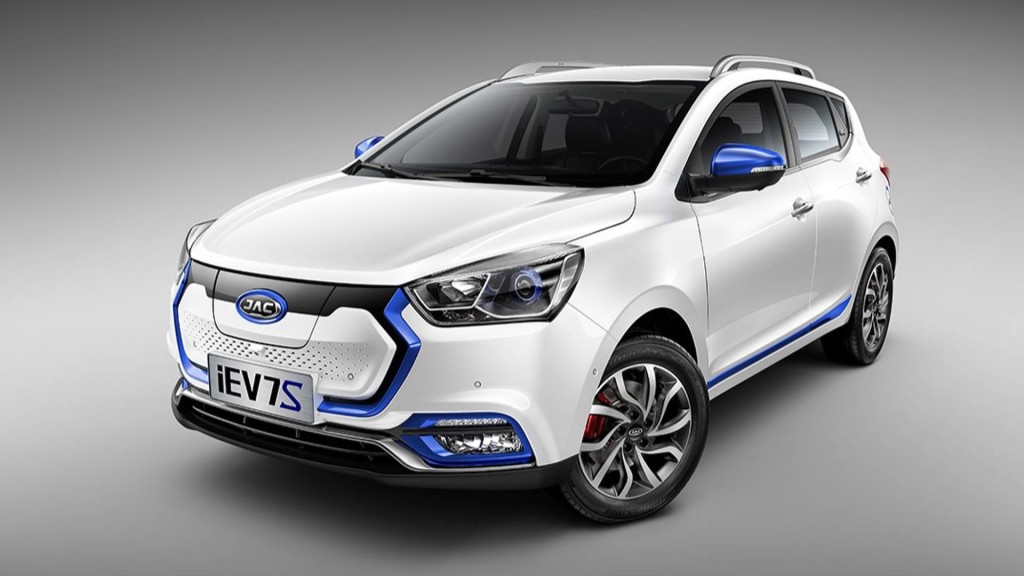 SaryarkaAvtoProm plans to assemble more than 1,000 cars in three years. The company anticipates electric cars will be purchased for private and taxi service use.

Twenty-seven electric cars, the EV4, EV5, EV6S, EV6E and EV7 models, have been assembled at the facility in the last two years. Potential consumers and experts have tested them and the JAC iEV6S crossover has proven to be the best, according to information provided by the Allure Group press service. SaryarkaAvtoProm is a company shareholder.

“Of the five tested models, it best fits Kazakhstan’s climatic and landscape conditions. In October 2017, this model on the conveyors was replaced by the improved JAC iEV7S. This car uses the most advanced liquid cooling/heating system in its battery. It also meets the requirements of the technical regulations of the European Union and the Customs Union, which allows it to be exported,” read the statement.

An ordinary 220V outlet can charge the vehicle for seven-eight hours, while a special station can finish the job in an hour and a-half. The power reserve provides enough charge to drive 280 kilometres and the manufacturer notes “if you move no faster than 60 kilometres per hour, you can drive up to 350 kilometres.” The mini-crossover’s maximum speed is 130 kilometres per hour and it can operate in temperatures as low as minus 27 degrees Celsius.

The country’s related infrastructure is still poorly developed and the Allure Group admits it will be difficult to find customers in the regions in the coming years. As a result, the company is more focused on residents of the capital and Almaty. The necessary charging stations are expected to emerge in, as well as between, the cities.

Kazakh residents bought 19 electric cars last year from Chevrolet, Renault, Tesla and Toyota, according to the Allure Group. Approximately 200 such vehicles are presently operating in the country.

The Allure Group aims to lower the cost of the vehicles for the ultimate consumer and customers will soon be able to get a 4-percent per annum preferred car loan. The company also expects to provide benefits for electric cars owners in the form of a special lane and free parking.

The JAC models are not the first electric cars made in Kazakhstan. The KIA Soul EV was released in 2014 at the AziaAvto plant in Ust-Kamenogorsk and the Lada Vesta EV assembled in the same city was presented in June 2017. Both models were in pilot mode without entering serial production.