ASTANA – The Kyzylorda region Chamber of Entrepreneurs will be putting the phrase reduce-reuse-recycle into action. The organisation, which studied the leading rice-producing countries, found many South Korean farmers use a processing technology that recycles the hulls. The chamber plans to help its own growers by covering half the expense of the equipment. 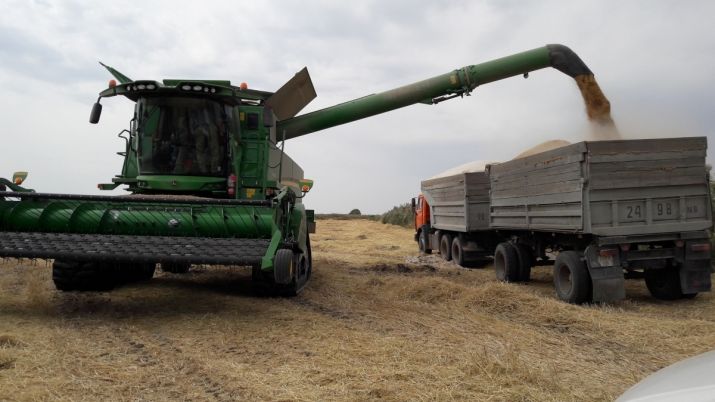 “We came out with a proposal to subsidise 50 percent of the cost, stimulating farmers to install the Korean facility,” said chamber head Galymbek Zhaksylykov at a regional meeting.

The equipment is in demand by Korean and Kazakh rice producers. The cost varies from $122,925 to $221,220 and the acquisition will ensure the growth of rice farmers’ incomes and increase tax deductions. By assisting in negotiations with suppliers and providing a portion of the funding, the chamber hopes to motivate farmers to make the purchase.

Rice hulls contain lignin, a complex polymer substance, and Kyzylorda farmers have long faced the problem of how to use them. Lignin is unsuitable for animal feed, nor does it decompose in the open air or soil. While the hulls contain 20 percent lignin, they also have 70 percent nutrients, including various medicinal components. The recycled hulls can be used as an easily digested additive in animal feed.

“There are two ways to dispose of lignin in the rice hull, to chop or to destroy the lignin form under high pressure compression. We found the facility in a South Korean company,” said Zhaksylykov.

“About 530,000 tonnes of rice were harvested in Kyzylorda region in 2017. Ninety thousand tonnes of rice hull remain after the grain processing that are burned or thrown away,” he added.

Approximately 600 million tonnes of rice hulls are buried or burned annually around the world, causing negative effects on the environment and human health as the silicon dioxide they contain does not decompose under the ground. The substance does not conduct heat, however, and is widely used in construction and manufacturing electrical products.

Regional scientists discovered another way to use rice hulls last summer. They created a new technology where the grain coverings would be mixed with liquid glass and calcium chloride to form papercrete, a lightweight concrete used in construction. Using the hulls would reduce the cost, making papercrete an economical and environmentally friendly product.