By Aigerim Sadykova in Culture on 20 March 2018

ASTANA – The city’s Korean Cultural Centre (KKC) is presenting an exhibit related to the Olympic and Paralympic Winter Games in PyeongChang, South Korea. 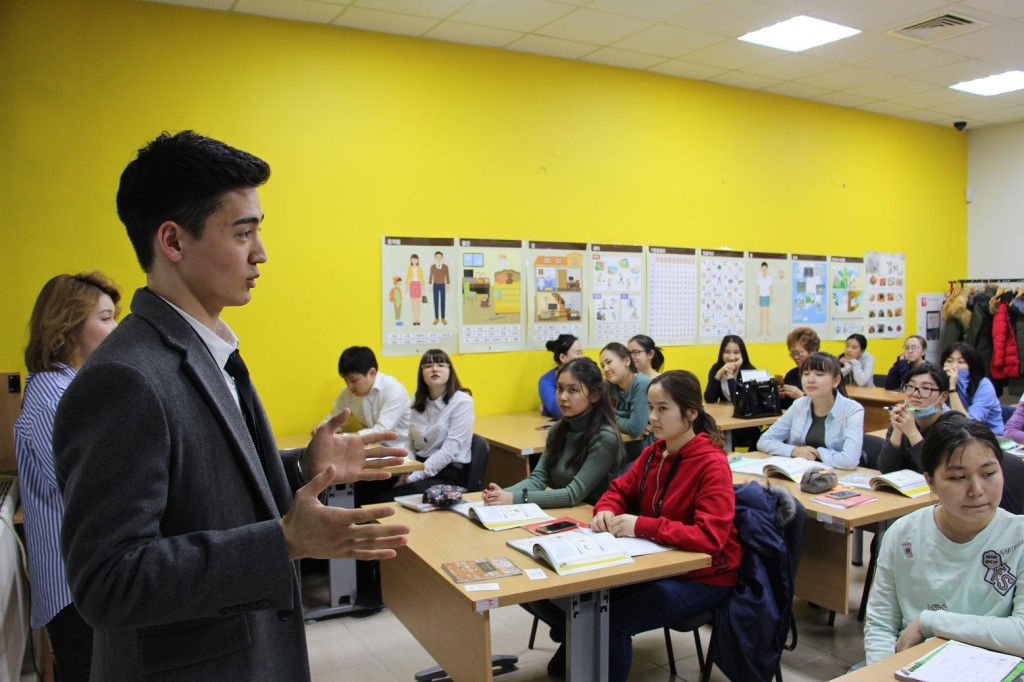 A student at Korean Kookmin University, Valiulin provided information about life in the country and the admission process to Korean universities. He inspired Kazakhs to watch and follow the Games.

Valiulin moved to Korea for language courses. While studying and working as a waiter, he was noticed by Korean TV producer Lee Seungtaek. He was invited to participate in programmes where he represented Kazakhstan and revealed the secrets of the national cuisine.

“I want to tell Koreans about Kazakhstan,” he said.

Speaking about the exhibit, he noted the Winter Games mascots, the main characters, are embodied as tall puppets. Soohorang, a Korean guardian white tiger, symbolises the Olympics. Its name is derived from Sooho (Korean for protection) and Rang (tiger).

Bandabi, the Asiatic black bear representing the Paralympics, is a combination of Banda (half-moon) and Bi (celebration of the Games). The mascot denotes the need for equality and harmony and encourages athletes to push themselves beyond their limits. 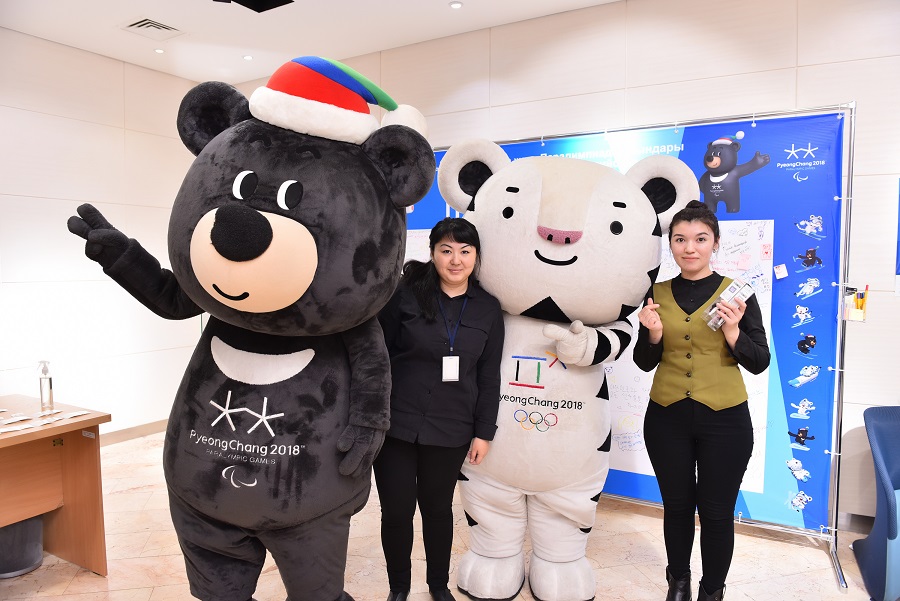 The emblem of the Games, combining images of ice, snow, winter sports stars and people from all over the globe, shows a world open to everyone, according to pyeongchang2018.com.

“There are several exhibits released in honour of the Olympic and Paralympic Games: badges, soft toys, eco-bags, various printed products and promo videos,” said KKC manager Gulnar Aubekerova, pointing to souvenirs with the mascots’ images and a glass stand with the emblem.

The exhibit is introduced with an information stand. Guests can leave messages on the wish board.

A TV showing Kazakh and Korean Paralympic team competitions will continue through the March 18 closing ceremony. Six Kazakh athletes are participating in cross-country skiing and biathlon.

“The whole world will see robots with artificial intelligence, the newest 5G network system and other modern technologies,” he noted.

The exhibit will close March 29.