By Zhanna Shayakhmetova in Culture on 20 March 2018 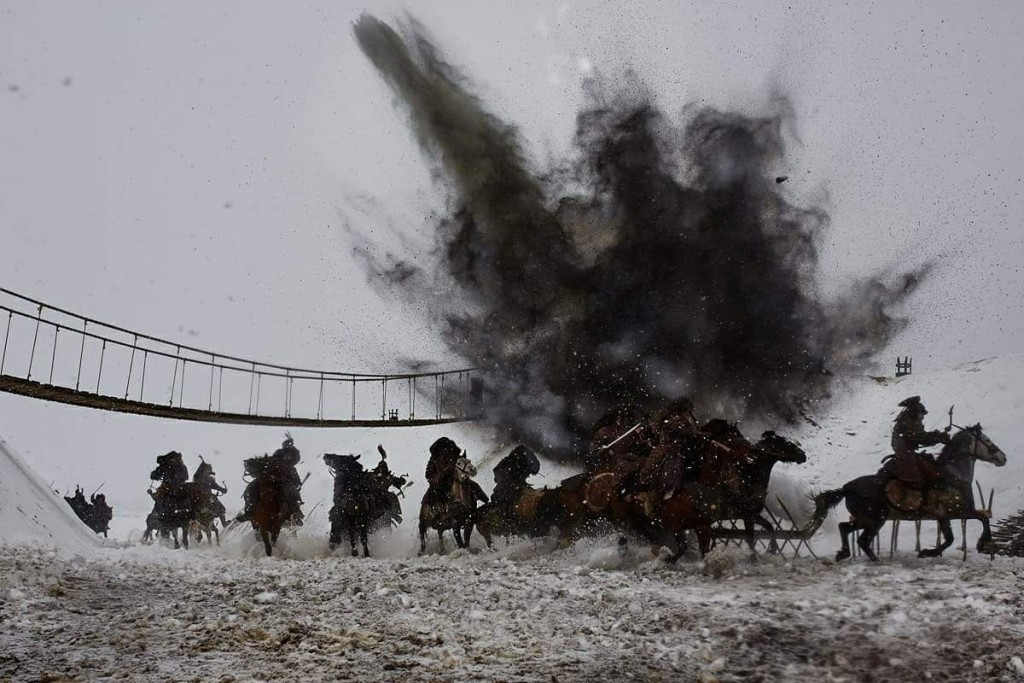 The Astana Times recently spoke with Nomad Stunts founder, performer and director Zhaidarbek Kunguzhinov to learn about the company’s new productions and projects.

Established in 2000, Nomad Stunts currently consists of more than 70 stuntmen and stuntwomen including professionals from Australia, Azerbaijan, Bulgaria, Kyrgyzstan, Russia, Turkey and Ukraine. There are also 30 specially trained stunt horses.

“Our team is currently involved in two TV series and a filming process in Turkey. We also plan to start shooting ‘Dekabrists’ (‘Russian Revolutionaries’), a film to be directed by Andrey Kravchuk this March. There will be big-screen tricks with horses. Some part of our team is participating in the Bollywood film based on real events about the Indo-English war,” he said.

A martial arts Oscar winner, Kunguzhinov is a member of the Stuntmen Association, Kazakh Filmmakers Union and the Taurus Academy as the best director of a foreign film. He performed stunts in “The Expendables 2,” “Conan the Barbarian” and the battle scenes in Netflix’s historical series “Marco Polo” and worked as the stunt coordinator for the film “47 Ronin” and the TV series “The Kazakh Khanate” and a Turkish TV series called “Survived.” He was also involved in the unique stunt of a running horse breaking through a wall in Timur Bekmambetov’s movie “Daywatch.” 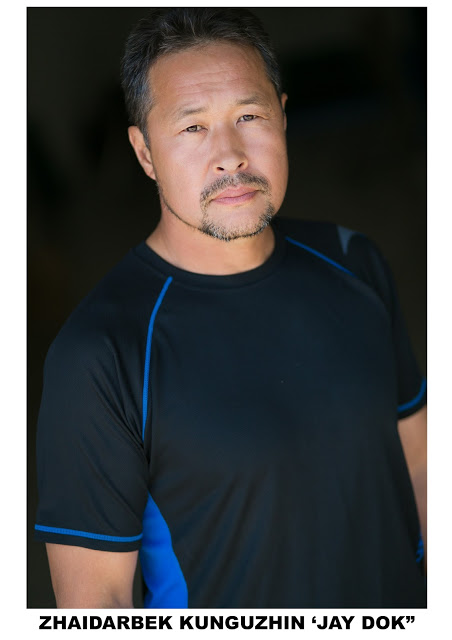 The career of a stunt person is difficult and amazing at the same time, noted Kunguzhinov.

“Each motion picture has its own difficulties. The most challenging was the filming of ‘The Expendables.’ There are so many tricks under water and explosions. Some stuntmen were injured. The weather conditions were poor during the filming of ‘The Vikings.’ It was cold in spring. The stunt horses began to get tired and they needed rest, but there was no time for rest. The preparatory period lasted three months. However, everything was fine and the horses had no injuries,” he said. 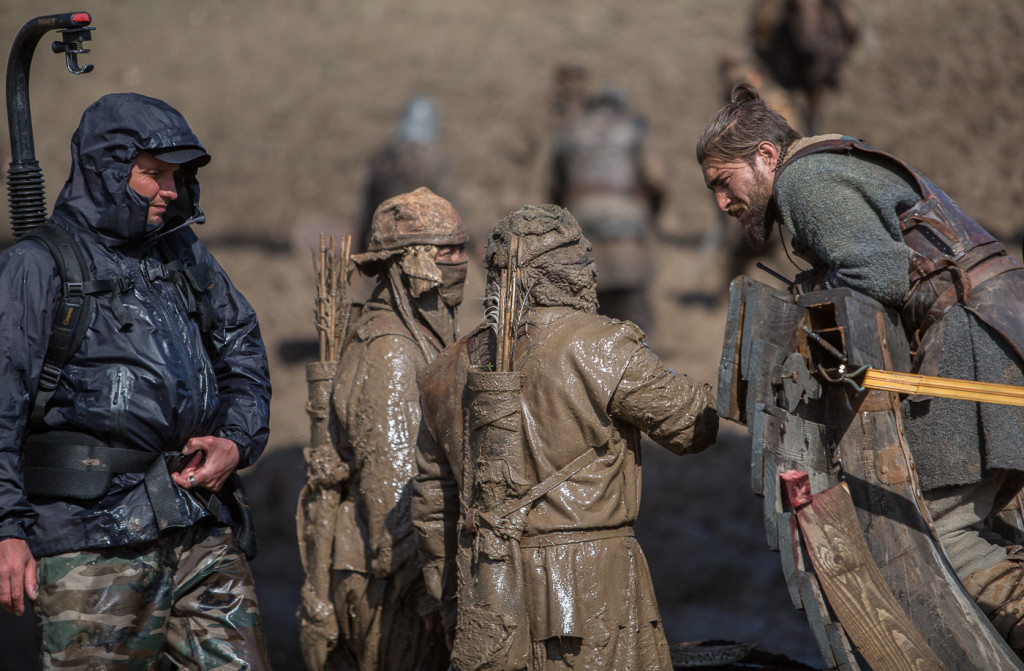 Nomad Stunts team during the filming of Viking film.

This year, the stunt team also appeared in the “McMafia” drama series on BBC One and will join the cast for Disney’s “Mulan” live-action remake.

“We plan to cooperate with Sergei Bodrov… Last year, the story of the legendary battle ‘Legend about Kolovrat’ was released. The premiere of the ‘Tobol’ film directed by Igor Zaitsev is expected in autumn. We started filming ‘Tomiris’ with a large group of performers. The team joined the cast of ‘Kazak Batyrlary’ (‘Kazakh Warriors’) and ‘Mustafa Shokai.’ We closely collaborate with Hollywood and Bollywood studio projects,” said Kunguzhinov.

In 2016, Nomad Stunts opened its own training base designed to prepare actors and stunt people.

“The project began with the money we earned from filming. We constructed a special sports hall for fitness workouts and a paddock for training stunt horses. People came from Bulgaria and Russia for training last year. This year, a stunt team from Canada wants to come to us for training,” he said.

“We put a lot of energy into this film. There will be many different tricks and techniques to make the fight scenes look more believable. We have not done these battle scenes yet. Azerbaijani and Turkish stuntmen will join our team. More than 100 people will be present in one action scene. We want to present this film at the Taurus World Stunt Awards in January 2019,” he said.

The team always finds time to take part in charity events and cooperates with Kazakhstan’s Red Crescent Society. In 2017, it organised Action for Red to help lonely pensioners and low-income families.

This year, they plan to open Nomad Stunts Turkey.

“We never repeat our tricks and setting new tricks is quite challenging. It is important to properly conduct the preparatory work. For example, the rider simultaneously took two swords in the ‘Mongol’ film. Nobody did this before. The director liked this scene and it blended well with the general outline of the film. This became a classic magic trick,” said Kunguzhinov.