By Aigerim Sadykova in Culture on 1 March 2018

ASTANA – “Sixth Post,” a feature film about the courage and heroism of National Guard soldiers, premiered recently in the capital. The picture is based on the life of Erbol Otarbayev, an officer who confronted escaped prisoners eight years ago. 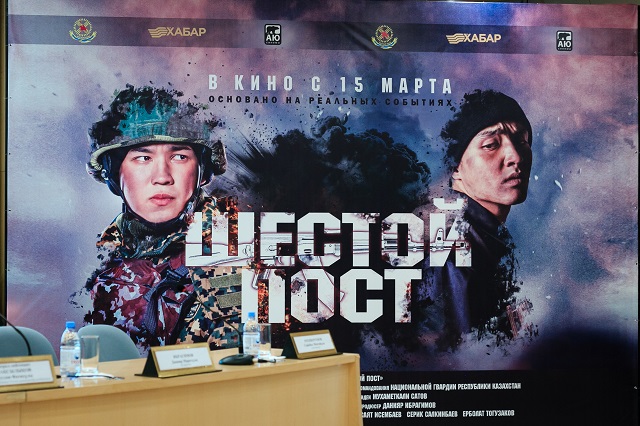 “We tried not to make a documentary film, but at the same time did not refuse truthfulness. Some things we have softened, not to shock the viewer, but on the contrary to reinforce,” said director Serikbol Utepbergenov.

The plot, which was changed to lend artistic image, revolves around two classmates, soldier Erlan Karatayev and prisoner Dauren Izbasov, who met in a strict regime colony in Mangistau region. Izbasov was convicted for the accidental murder of a girl whom they both once loved. He falls under the influence of radical Islamists and tries to escape with a prisoner group.

Kazakh actor Sanurzhan Suleimenov played the role of Karatayev, a character he described as a simple person who did his duty to his homeland.

“It is a huge honour and a responsibility to play the hero of Kazakhstan,” he said. 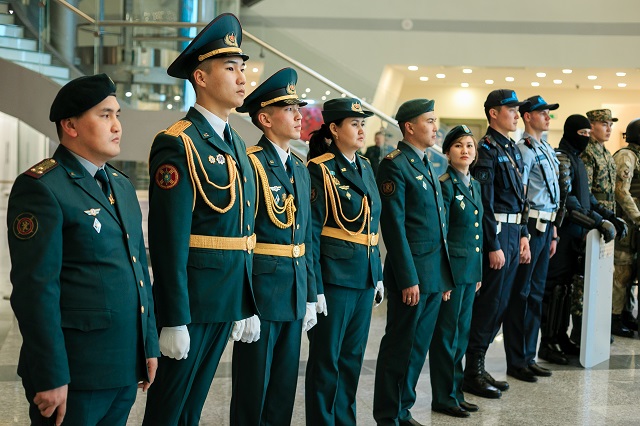 The actor became acquainted with Otarbayev, the prototype of the hero, and literally settled into the barracks. Getting into character, he ran and trained with soldiers in the mornings, even learning how to shoot.

Otarbayev was awarded the Aibyn (Valour) military order of the third degree for his heroism. He confessed at the premiere he has never forgotten the day he was on duty.

“It was unexpected. I was a simple soldier serving in the army, but I could do it because our officers prepared us well,” he said.

“Erbol Otarbayev was only 19 years old at the time of the incident. We often forget about the feats of our heroes. The heroism of our guys should serve as an example for the younger generation,” said National Guard Commander-in-Chief Ruslan Zhaksylykov, who also attended the premiere. 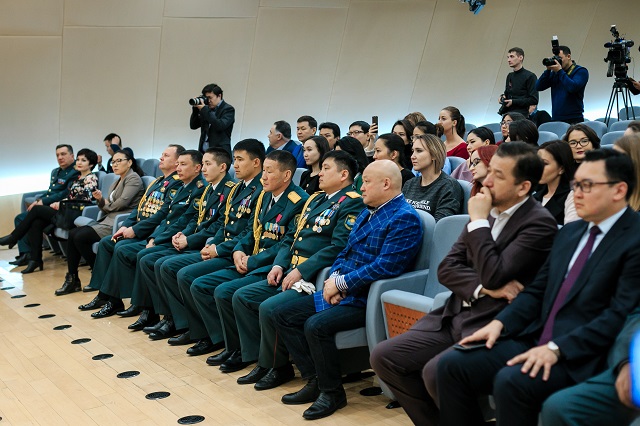 The picture shows the service and combat activities of the Kazakh National Guard and real officers, contract soldiers and conscripts took part in crowd scenes. Fighters from the special Burkit unit participated in the action between the soldier and the jail breakers.

The movie was filmed by the Kazakh Ministry of Information and Communications and AYU Cinema Film Company in partnership with Khabar Agency.

Zhaksylykov provided the government with the idea to produce a movie about soldiers. Once confirmed at the state level, the National Guard suggested some storylines to Khabar. Although each was worthy to be shown on the big screen, the agency picked the incident in Aktau city, said board chair Almagul Akhmetzhanova.

“We need movies about the army, soldier and officers,” Satov added.

The full-length film will be released March 15 on the big screen. The corresponding TV series will be broadcast on Khabar channel this spring. 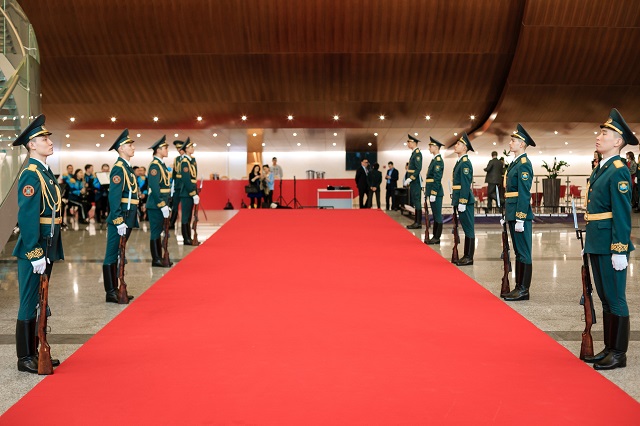