By Elya Altynsarina in Tourism on 6 March 2018

ASTANA – The Ministry of Foreign Affairs is joining efforts with other government agencies to promote inbound and domestic tourism in Kazakhstan, Foreign Minister Kairat Abdrakhmanov announced during a March 2 briefing for the foreign diplomatic corps. 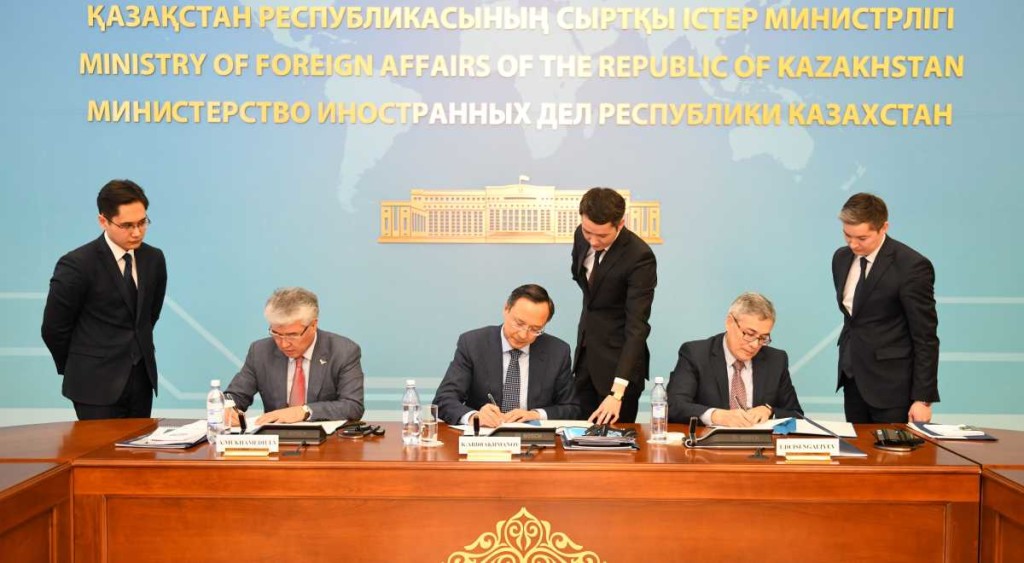 The Ministry of Culture and Sport, Kazakh Tourism, regional authorities and investment policy agencies will implement national initiatives to increase the share of tourism in the GDP and promote Kazakhstan’s cultural and natural destinations.

Tourism is “one of the engines of the world economy … (and has the)power to bring peoples together by making available cultures, history, traditions and nature and thereby promoting tolerance and harmony in the world,” he said.

For centuries, the Kazakh steppes thrived as a bridge between Europe and Asia thanks to flourishing trade routes. This left a unique imprint on the culture and history of Kazakh nation.

Abdrakhmanov said the new tourism effort in part seeks to restore Kazakhstan’s “historic role as an important link between continents and countries.”

He added that developing tourism in Kazakhstan would be equal to recreating the forgotten impact of the ancient Silk Road – the prototype of globalisation of its time, in boosting prosperity and peace among nations.

Despite economic slowdowns in some sectors, tourism worldwide continues growing, with France, Spain, the United States, China and Italy among the leaders, according to the Barometer of International Tourism by the United Nations World Tourism Organisation (UNWTO).

“We expect to carve out the niche and join the top 30 most-competitive states in terms of tourism and travel,” said the minister.

To help the tourism effort, the Ministry of Foreign Affairs continues liberalising the visa regime and strengthening relations with Kazakh diasporas.

“We established 30-day visa free regime for 45 countries and signed visa waiver agreements with 20 states,” said Abdrakhmanov. “Moreover, a 72-hour visa-free transit policy in Almaty and Astana airports for Chinese citizens has been adopted; a similar rule for Indians and Iranians has one line to be reviewed.”

Abdrakhmanov added he hopes other countries will ease their visa regimes as well.

Minister of Culture and Sport Arystanbek Mukhamediuly also briefed the diplomats and media on projects in the Mangystau region, as well as renovations of ancient settlements, such as Ulytau, Otyrar, Tanbaly, Bozok, Botai and Saraishyk.

He also invited the participants to the upcoming 20th anniversary of Astana this summer. According to the presentation, the event calendar for 2018 is very rich and includes performances from the world-class artists of opera, ballet and theatres like American Ballet Theatre, Berlin Opera, Beijing National Opera on Astana stages, as well as premieres from Kazakh artists and theatres.

Rashid Kuzembayev, the president of Kazakh Tourism national company, also briefed the gathering on a presentation of a capital investment project at a resort on Lake Chebachie in the Borovoye resort area.

Following the briefing, the Ministry of Foreign Affairs, the Ministry of Culture and Sport and Kazakh Tourism signed the joint action plan for 2018, which includes guidelines for tourism cooperation with priority countries, the study of international experience, information exchange, market analysis, negotiations with partners, organisation and promotion of tourism products, participation in international events and media support.