By Zhanna Shayakhmetova in Op-Ed on 7 March 2018

ASTANA – On the eve of the March 8 International Women’s Day, United Nations (UN) Women Representative in Kazakhstan Elaine Conkievich spoke with The Astana Times about the organisation’s new initiatives and empowering women to participate in economic life across all sectors. 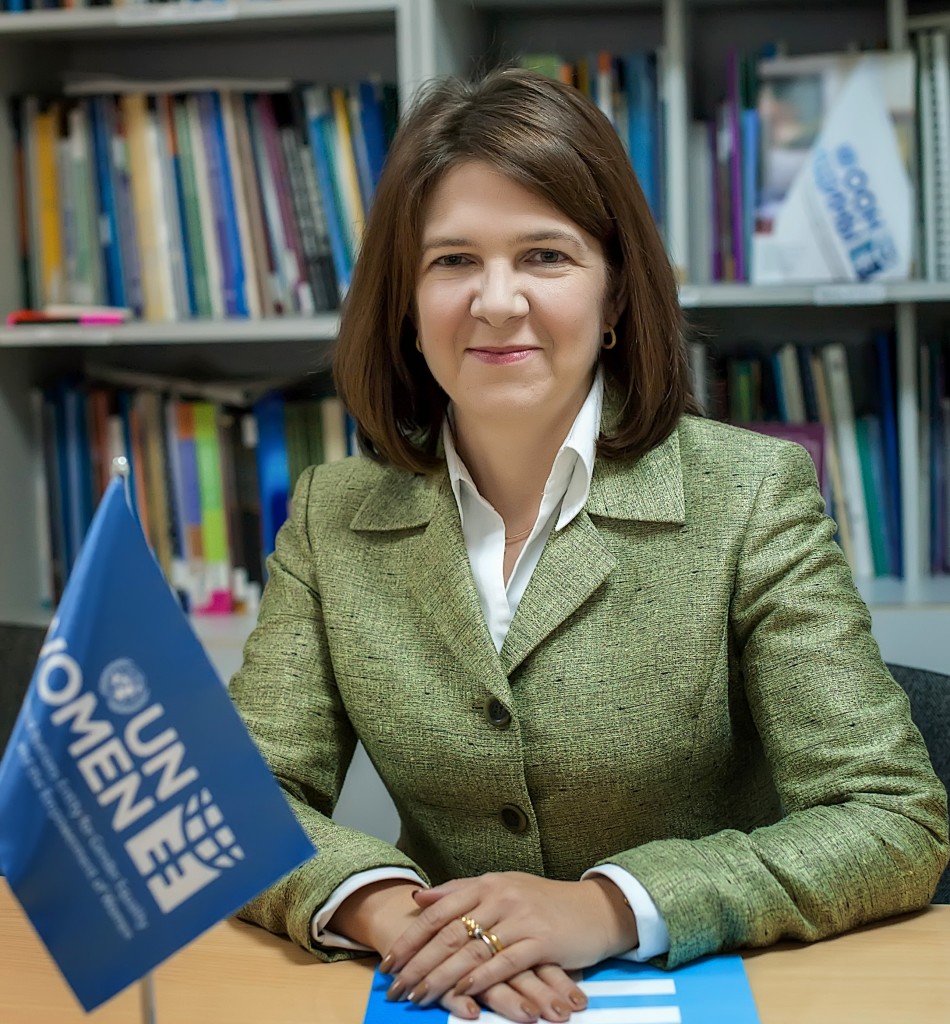 UN Women sets its priorities for the region based on its new Strategic Plan 2018-2021 in consultation with the government and civil society individuals.

“We have set priorities on ending violence against women and women’s economic empowerment for socially vulnerable groups. We are also working with the government on gender responsive national planning and budgeting. But overarching all of that is the implementation of the 17 Sustainable Development Goals (SDGs) which Kazakhstan has also signed up to and this is a framework, then, for all of our work in the country,” she said.

The activities of UN Women are in line with the Kazakh government’s long-term strategies focusing on empowering people and creating less dependency on the state for social services provisions and unemployment benefits.

“Gender equality is the most important element of the success of Kazakhstan in the future. If the people of Kazakhstan and the government do not dedicate sufficient resources and sufficient attention to achieving gender equality to providing all opportunities for women and girls to reach parity with men, then Kazakhstan will not achieve its goals of becoming one of the 30 most developed countries in the world,” she added.

UN Women is discussing an unpaid care work project in collaboration with the Kazakh Ministry of Labour and Social Protection. The innovative idea aims to even out and compensate women for the unpaid jobs they are often doing at home, such as taking care of children or the older generation.

“Women who do unpaid care work are not included in the pension scheme. They are not paid for their work, so money is not going into a pension and they do not have it when they become older. This is a very new area for Kazakhstan and for many countries,” said Conkievich.

The organisation also works to prevent violence against women and girls in the Central Asian region. The topic has different aspects depending on the country.

“In Kyrgyzstan, there’s an issue with child marriage and bride kidnapping. In Tajikistan, there’s an issue of young girls being married under the age of 18 and a lack of decision-making access within the family. These are infringements upon women’s rights. Ending violence against women is a priority across the region,” she said.

Conkievich also spoke about the results of the European Union (EU) regional gender study discussed during the conference in the capital marking the 25th anniversary of diplomatic relations between the EU and Central Asia.

“The results of this study show some worrying trends and some worrying factors, while it also shows some positive developments. There are still issues raised about ending violence against women, women’s political participation, women’s economic empowerment, the disparities and inequalities in the regions… Many people think it’s women’s business that they have to fight for their rights and they should be feminists and it’s up to them to change the things in the world. Gender equality will never be achieved without the active engagement and equal engagement of men and boys in this discussion,” she said.

UN Women has taken major steps to encourage more Kazakh entrepreneurs to join gender equality. It is good for businesses “both internally and externally and brings many benefits not only to businesses, but to society overall,” she noted.

As a result, three local companies – AB Restaurants, Astana Bank and KazPost – adopted the Women’s Empowerment Principles, seven principles for businesses offering guidance on how to empower women in the workplace, marketplace and community.

“We have three companies in Kazakhstan, which are still  the only three in all of Central Asia, that are signatories to the Women’s Empowerment Principles. Last year, KazPost promoted 16 Days of Activism against Gender-Based Violence, an international campaign to raise awareness on violence against women and girls in each of the 16 regions of Kazakhstan. We worked with the AB Restaurants on raising awareness about the gender pay gap (the difference in pay between men and women). We hope to get maybe another three signatories this year, maybe even more,” she said.

Conkievich also addressed the recent UN Women flagship report, which spotlights inequalities and challenges faced by women; identifies gaps and opportunities for gender equality in the 2030 Agenda for Sustainable Development.

“There are still high levels of violence against women. There’s still a high pay gap between men and women; the number of women in the labour force has gone down, which is a negative trend. These are all things we are trying to highlight, particularly in Central Asia, that the countries need to focus on to improve the achievements of the SDGs,” she said.

The growing number of Kazakh women entrepreneurs is encouraging, “but what is lacking is women in the higher echelons of business, the corporate sphere, the corporate boards, big business,” she noted.

“The General Prosecutor’s Office developed a project called Family without Violence in Kazakhstan. UN Women and other UN agencies supported the project pilot in the South Kazakhstan region. It’s a multi-sectoral project with different components which focuses on all the aspects, including prevention, that need to be addressed when you talk about a comprehensive approach to ending violence against women and girls,” she added.

UN Women also studied the cost to the economy of the incidence of domestic violence. The results show there is a definite cost to Kazakhstan in the health, judicial and law enforcement sectors, even on lost economic wages, education and other areas for women when they are victims of domestic violence. All of this affects the overall economy.

“Gender equality is about equal respect, allowing men and women to have equal opportunities, education and a decent job. There’s no room for discrimination or restrictions in gender equality. The Kazakh society, both men and women, boys and girls, need to be advocates and champions of gender equality and through this, I am confident Kazakhstan will achieve its long-term objectives that they have set out for themselves. This will have a positive influence on other countries as Kazakhstan can set the model and be a leader in these areas in the region,” said Conkievich.