ASTANA – “Kazakhstan, chroniques vagabondes” (“Vagabond Chronicles”), by French writer Aude Ceccarelli, is based on her three-year work and living experience in Almaty. It gives a glimpse into everyday Kazakh life in 26 stories, presented in the form of an alphabet from A-Z. They cover the country in its most diverse aspects, including the author’s personal anecdotes and discoveries. 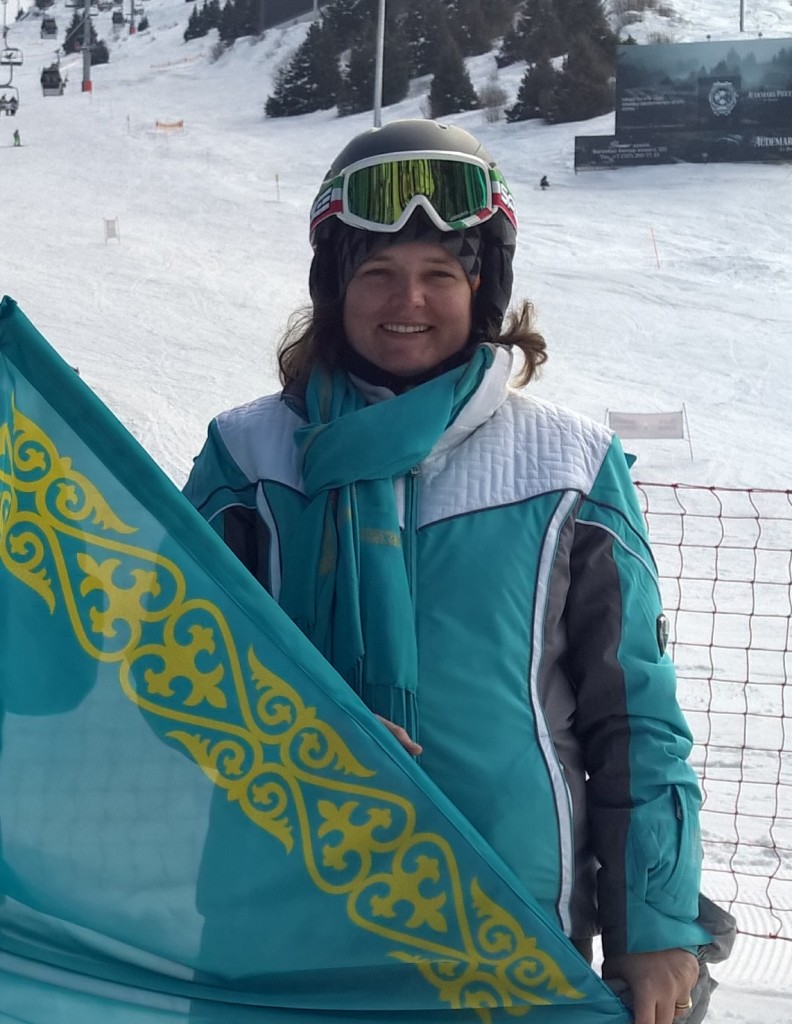 Ceccarelli and her family lived in the former Kazakh capital in 2012-2015. According to her husband Marco Maggiorotto, upon their return to Paris, she felt the urge to share her encounters as a way for others to get to know the country and its people.

“Before the work took me to Kazakhstan, I searched for books about the country [in French] and found almost nothing except a few travel guides. There was nothing but a few findable sources about such a big country, of which I knew very little… I wanted to fill that gap by offering a more intimate view on several subjects (society, history, culture) about which there is little information available to non-Kazakh people, but at the same time throwing a rather ‘entertaining’ look at them,” said Ceccarelli in an interview for this story.

Rather than write a travel guide or economic essay, she wanted to present a “slice of life.” While working, Ceccarelli had the opportunity to travel around the country, so some of the chapters describe the cities of Astana, Karaganda and Turkestan.

In outlining the country, Ceccarelli wanted to play on clichés and stereotypes.

“Clichés serve to show a spark of truth. Kazakhstan, despite its size, is an ‘invisible’ country. An unknown country that you cannot even classify exactly on the world map and eventually you get a bit confused with its appearance. I wanted to show the richness and diversity of Kazakhstan through small anecdotes and entertaining stories. Not to be bored, but – on the contrary – to arouse interest, perhaps even to raise emotions, even in the tragic passages about the history of the country.”

The book explains the clichés without being too serious. It is neither a text with scientific ambitions nor a travel guide, she stressed.

“Those are little stories from the inside, from the experience I had with the people. It is about the food, weather, good things and bad things that happened to me in this country. But I made it in a very light tone and my idea was to cover many aspects of the country – culture, food, people and history – and to give representation of the real life over there,” she explained, adding her favourite chapters are Banya, Gagarin, Uranium, West and X-Rays which she wrote easily and with pleasure. In West, she shares her experience of travelling to Atyrau in a Tupolev (medium-sized Russian airplane) and having a tasty shashlik (mutton kebab) with a colleague in a typical restaurant. In Gagarin, she projects herself in a dream where she meets the famous cosmonaut. Her intention was to show that the Soviet space programme started in the Kazakh steppes.

The book also talks about the tragic events in Kazakh history, such as the nuclear tests at the Semipalatinsk test site and GULAG forced labour camp system. The stories were more involved and it was not easy to make them understandable in two-three pages, said the author.

All the chapter titles are written in three languages. The book also contains a vocabulary where she explains local food and cultural traditions, in addition to Kazakhstan’s map, a recipe for beshbarmak (the national dish) and bibliography.

“The titles of my stories are in French, Russian and Kazakh. I wanted to show the bilingual aspects of the country,” said Ceccarelli.

The personal texts also evoke expatriation, remoteness and confrontation with other cultures. The tone is cheerful and the author addresses herself, which gives a particular relief to her narration. The unusual vagrancy follows a path that is both geographical and emotional, said the description of the book by Swiss publisher Editions Olizane, which specialises in travel narratives and tourist guides about Asia.

“I wanted to take a look at the world of expatriates and show what it feels like to be away from home and overwhelmed with a country you do not even know and whose language you do not speak,” she said.

In an article for femmexpat.com, Ceccarelli wrote that looking back, she can see it was a great opportunity to live and work in a country that is out of the ordinary, even if it was not an easy expatriation.

“Today I feel an attachment and a strange connection with Kazakhstan, which made me want to make it known around me,” she wrote.

“Being an expatriate in Kazakhstan is to get an unusual experience in a country at the crossroads of several cultures – still Russian, very Asian with a little oriental side. It is also about discovering unexplored regions of the world, full of natural beauties, wide open spaces and archaeological sites on the edge of the Silk Road,” she added. 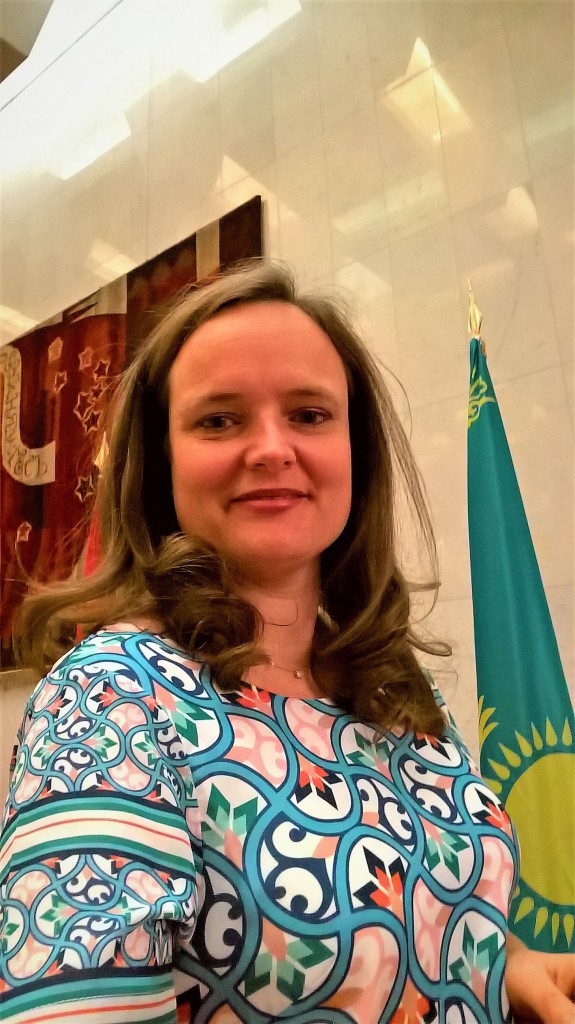 One of the most impressive things for the former expat was what she calls the “double culture” mix of Kazakh and Russian, like kumis and tvorog (fermented horse milk and cottage cheese), both common diary, but at the same time representing two cultures.

“I tried to show that you have to go deeply inside [the culture] and you have to make the effort to go inside, because if don’t go deeper you will never understand what there is about the hospitality of the people,” she said.

Expats face cultural shock with the language, food and other aspects. One of the biggest challenges for the author and her family was reading Cyrillic, making it even more difficult to move in the city and read street signs. While the country has many opportunities, it was complicated to connect due to poor tourist infrastructure and expensive flights, like travelling to Mangistau.

The first draft required three-four months to write, then three months to double-check.

“I am passionate about history, but my book is not about history. It’s about the emotions of living in a different country like Kazakhstan,” she said

Looking back on her life in Kazakhstan, Ceccarelli noted it was an amazing journey.

“My experience in a little-known country gave me the opportunity to develop myself beyond all expectations from a professional and personal point of view. I did not have too many expectations when leaving; I mostly had fears. As for my work, I gained the experience of trading in Central Asian markets – tactical opportunities to consolidate and pockets of growth to value in sometimes uncertain contexts. It was for me to leave a constructive mark on developing markets with strong cultural heritage. From a family point of view, I had the chance to live in comfortable conditions while giving my children other perspectives, such as a Russian-speaking environment, far from a society of excessive consumption, Kazakh and Russian friendships and introduction to local cuisine,” she said.

She also commended all the people she met on her way who helped write the book.

“Thanks to the expatriate community of Almaty and Kazakh people, I was able to make tourist discoveries off the beaten track. My Kazakh colleagues and friends shared their traditions, especially their culinary specialties, with me,” she added.