ASTANA – The Kazakh football season began March 4 with the FC Astana vs. FC Kairat Super Cup match. Astana, the country’s champion, scored a 3-0 win over the cup winner from Almaty. 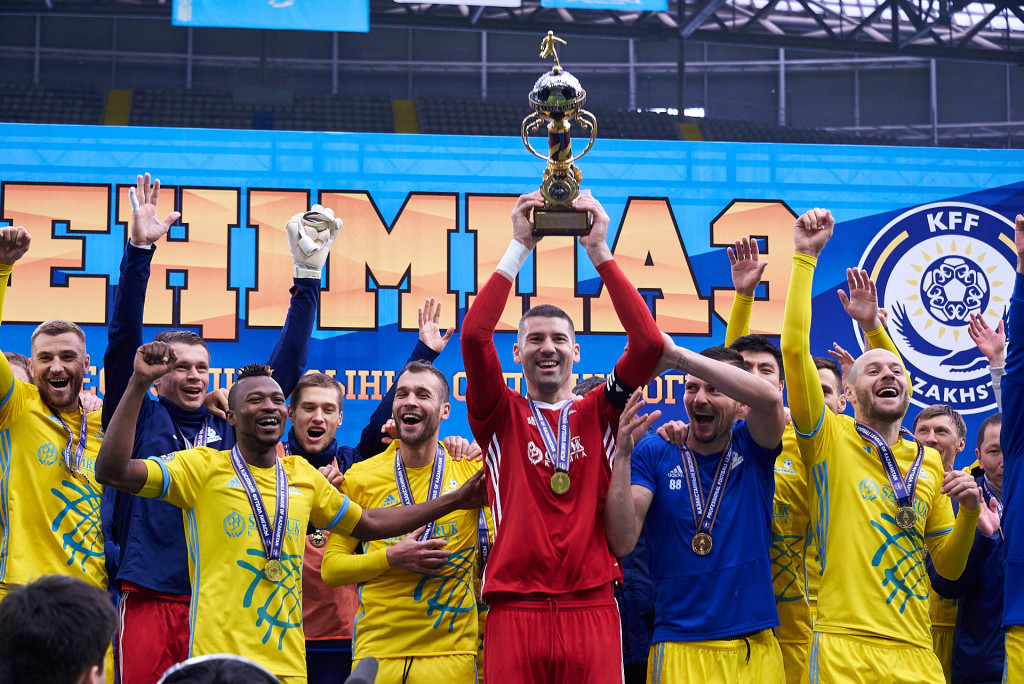 The match was preceded by an important change in the Astana staff. Head coach Stanimir Stoilov, under whose leadership the club made the most significant achievements in its history, left the team. The Bulgarian specialist will now train the national team of Kazakhstan.

The two teams were fairly equal in the first half with a minimum of scoring chances. The second half, however, was more interesting and exciting. Astana midfielder Marin Tomasov tried to score after a header by Deorde Despotovic, but Kairat goalkeeper Vladimir Plotnikov sent the ball to the corner with his fingertips.

The scoring finally opened in the 59th minute. Patrick Twumasi made a long shot during the next attack, but Plotnikov turned the ball away. Ivan Mayevsky then followed up and scored the first goal. A few minutes later, Astana scored again. Defender Dmitry Shomko ran through the left wing and made a high backdoor pass finished by Tomasov’s header, who beat the Kairat defender to the ball. Tomasov bagged a brace five minutes later, successfully completing the attack started by Shomko for the 3-0final.

“We controlled the game in the first half, but there were not many attacks. None of the teams had scoring chances; there were only set pieces. In the second half, we scored three goals, but I was not happy with the defence. There were also some questions in terms of attacks. In general, I think that the victory was well-deserved. I also want to congratulate Stanimir Stoilov, as this was his victory, first of all,” said Babayan at the post-match press conference.

“When you win and take the trophy in just one match, it feels great. I’m happy. There is always a good competition when we play with Kairat and it’s good and intriguing. We were confident from the very beginning and deserved the win, both in terms of the score and game control. When we scored the third goal, then we calmed down and kept the pace until the end of the match. We are very happy. The championship will start soon, so we go on,” said Astana goalkeeper and captain Nenad Eric after the game.