By Dana Omirgazy in Business on 2 March 2018

ASTANA – Kazakh genetic scientist Bauyrzhan Aituov has made a breakthrough in the incipient treatment of cavities. His technology, called InnoDent, features biocompatible implants that stimulate the natural regeneration of enamel and dentin and is used in treating early-stage dental cavities without drilling. 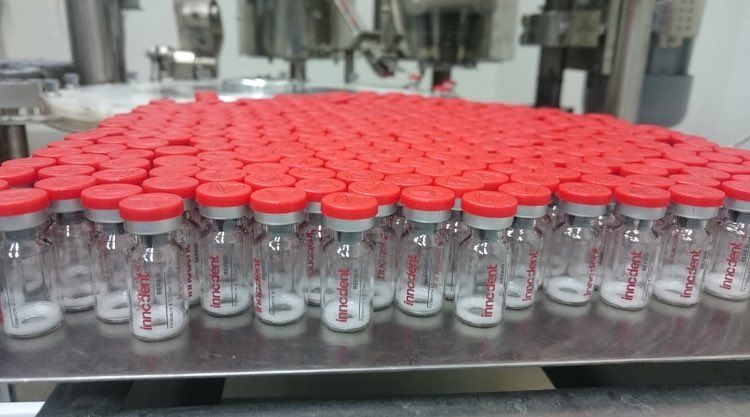 Aituov opened his first laboratory in Shymkent in 2013 after receiving a grant from the Damu Entrepreneurship Development Fund, which operates in all regions of Kazakhstan. He told The Astana Times of his success story.

“I applied to the Damu Fund in May 2013 and received a grant after a few months. The process itself was not complicated. It was the easiest of all types of grant financing, because it was supposed to pre-fill the business plan. We used the grant to purchase laboratory equipment for product manufacturing and packaging. It was our first experience of applying for grants and receiving state support. It was very important for us. Then, I made the decision to leave my main job at Nazarbayev University and start my own business,” he said.

Aituov led a team of scientists in a six-month study to determine the medication’s effect on enamel regeneration under artificial conditions. After laboratory testing, the product underwent two additional years of clinical evaluation in the capital. As a result, he received a patent for a safe remedy to restore tooth enamel.

“We produce the InnoDent product for the restoration of enamel, that is the treatment of the initial cavities without drilling,” he said.

Production is completed in Bubendorf, Switzerland, as Aituov signed an agreement with the largest European producer of pharmaceutical ingredients to release the raw materials according to his formula. The purified product is delivered to the capital in bottles, where it is packed. The quality of the raw materials increases the product’s efficiency, he noted, and outsourcing significantly reduces the prime cost.

“The product allows patients to get rid of the increased sensitivity of teeth and is used in paediatric dentistry as well. Today, our product is used in more than 200 dental clinics in Kazakhstan, Ukraine and Russia and there are a couple of clinics in Germany,” he added.

Mass output of InnoDent was established in 2016 when the Kazakh National Agency for Technological Development (NATD) issued a grant to the company to purchase an automated packaging line. As a result, the number of products greatly increased.

“Now, due to high demand from patients, we came to the decision to make a home version of the medication. We have been working for one and a-half years and we plan to launch an online store to distribute a home enamel restoration kit for sensitive teeth in March. First, this is for pregnant and lactating women, as the most common ailment is the sensitivity of the teeth when the calcium in the teeth decreases. They cannot get the full range of dental services due to their pregnancy. X-rays and anaesthesia are often contraindicated for expectant mothers. However, if this is not treated it can lead to tooth loss. This is an unsolved problem. That is why we have aimed at this problem and the product will be available not only in the Commonwealth of Independent States (CIS) countries, but also far abroad,” he told the paper.

Aituov noted he did not succeed the first time, but believes if a project is innovative and practicable, the support and financing will always come.

“I appreciate the work of the Damu Fund. When I tell my foreign colleagues that we have such funds as Damu or NATD, they are surprised and say that we have good conditions to promote innovative projects,” he said.