By Zhanna Shayakhmetova in Business on 15 March 2018

ASTANA – Construction on the Saryarka gas pipeline, intended to bring gas to Kazakhstan’s capital and central and northern regions, will be launched in July, Kazakh Minister of Energy Kanat Bozumbayev told a March 13 government meeting. A cubic metre of gas will vary at a level of 47-50 tenge (US$0.1-0.2). 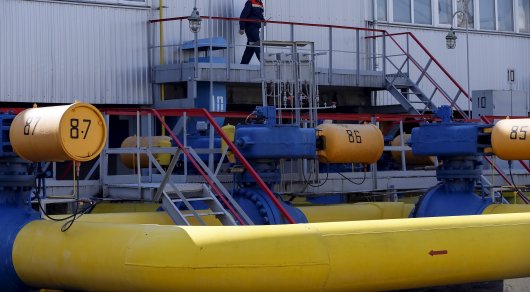 “We agreed to ensure the development and approval of design estimates and the allocation of land for the gas pipeline construction along the Kyzylorda-Zhezkazgan-Karaganda-Temirtau-Astana route. The Ministry of Energy; Ministry of Investments and Development; executive bodies of Kyzylorda, Karaganda and Akmola regions; and the KazTransGas company are responsible for the project’s implementation,” said Bozumbayev.

According to the ministry, the gas pipeline will be constructed in four stages. In the first stage, over the course of a year, a pipeline is to be built along the Kyzylorda-Zhezkazgan-Karaganda-Astana route with a length of 1,081 kilometres. The project costs 267.3 billion tenge (US$837 million). The second stage of the project will see the pipeline continue from Astana to Kokshetau; the third stage will extend it to Petropavlovsk. The fourth stage envisages the construction of Zhezkazgan and Temirtau compressor stations. 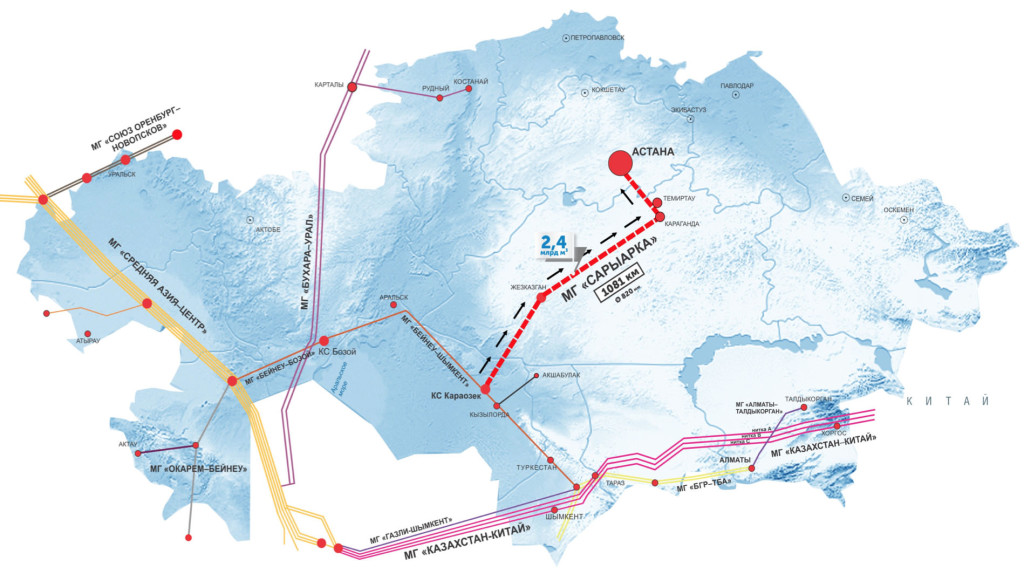 KazTransGas is developing the design and estimate documentation for approval. The gasification roadmap has already been approved.

“The working group consists of state bodies and organisations to work out issues related to the implementation of the first phase of this project, including the terms of financing, by raising funds from international financial institutions such as the Eurasian Bank for Reconstruction and Development (EBRD), the Eurasian Development Bank, the Development Bank of Kazakhstan and other organisations,” he said.

On March 5, Kazakh President Nursultan Nazarbayev, as part of his Five Social Initiatives project intended to improve the lives of citizens, set the task of increasing access to gas by building a gas pipeline from Karaozek in the Kyzylorda region to Astana.

The project implementation will have a socio-economic impact, as it will replace some considerable coal consumption. It is expected to save 36,100 tonnes of pollutant emissions, including sulphur dioxide, carbon monoxide, nitrogen dioxide, nitrogen oxide and solid particles, per year in Astana alone.

“The construction and the ceremony of welding the first joint of the gas pipeline are scheduled for early July this year,” Bozumbayev said.

Regions taking part in the project should provide the design and construction of gas distribution networks to ensure gas supply to consumers by the time construction on the pipeline is completed in December 2019.