By Elya Altynsarina in International on 7 March 2018 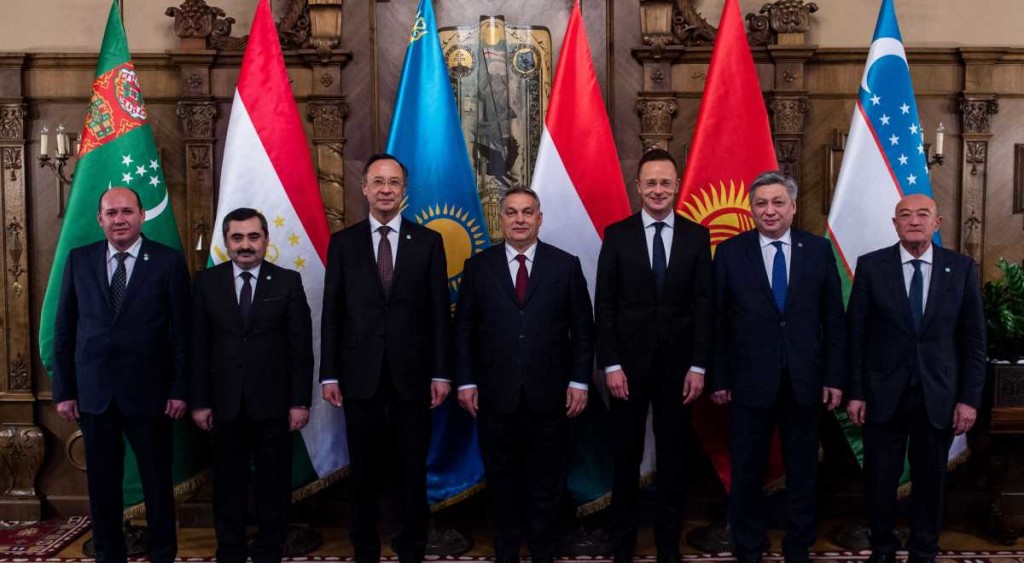 The formal meeting, with a symbolic representation of central nations from Europe and Asia, is part of the efforts of the so-called V4 (Hungary, Poland, Slovakia and the Czech Republic) as it seeks to expand cooperation with countries outside the European continent.

The group’s openness to dialogue with others is its central principle.  Despite being a sub-regional club of nations, all of which are EU member states, it has partnerships with countries as far as Canada and Japan, each working with the Visegrad Four on joint projects.

According to Kazakhstan’s Ministry of Foreign Affairs, Foreign Minister Kairat Abdrakhmanov laid out several areas where potential projects between the Visegrad Group and Central Asia / Kazakhstan could begin.

In his view, V4 states have a strong stance in engineering, science, education and innovations that could become the basis for systemic cooperation.

As Kazakhstan has announced its digitisation strategies, interaction in this field, including cyber security, would be another area to explore. Noticeably, Hungary proposed within the group a new programme called Digital Visegrad, correlating to Digital Kazakhstan and other national programmes being introduced in Central Asian countries.

Central Europe and Central Asia need to take full advantage of the Belt and Road Initiative by enhancing transit and energy corridors between those regions, Abdrakhmanov said.

Also, according to the minister, the trans-boundary water cooperation between Central European countries, such as peaceful, ecological, and sustainable use of Danube, represents a vital case for the region of Central Asia.

He named a few platforms like the Astana International Financial Centre, the Centre for the Development of Green Technologies and the IT Startup Park that are ready to serve the V4-C5 partnership.

Noting similarities in the deepness of historical, economic and cultural ties among the five Central Asian nations to a fraternal relationship and mutual support within the four Central European nations, Abdrakhmanov said the institutional experience of the Visegrad Group would be useful as Central Asian cooperation is gathering a new momentum.

As members of the group work on a wide range of issues, including politics, economy, infrastructure, transit and logistics, energy and migration, the Kazakh minister highlighted the advantages and critical aspects in perceiving such a way of cooperation.

“Most importantly, we need mutual trust, a focus on common traditions, values and interests, respect for national and regional diversity, culture and traditions,” said the minister, “followed by pragmatism and flexibility in determining priority agenda issues.”

In his opinion, these two components enable the V4 states to coordinate and proactively present common positions.

He then made a specific mention of the informal and un-bureaucratic nature of the V4’s functioning that has no supra-national structure, with a presidency carried out on a rotational basis and decisions made by consensus. He noted that a clear respect given by such a format would be considerable for any nation, including Central Asian states.

Abdrakhmanov noted that the possibility to carry projects not only within the group but with other states, allows V4 to enjoy the benefits of joint projects similar to ones with Canada and Japan.

As the V4 members expressed their readiness to share best practices on the development of the group’s cooperation, the Kazakh Minister anticipated it would be of particular assistance in light of dynamic cooperation that is taking place in Central Asia.

The meeting demonstrated interest from the states participating at the interregional platform and their willingness to continue the dialogue in the given format.

The Visegrad Group was established in 1991 with the aim of addressing common European integration issues. Today, the Quartet focuses on solving common tasks of four members as well as those relevant to the EU. Great importance is also attached to international cooperation.