By Aigerim Seisembayeva in Central Asia on 17 March 2018

ASTANA – Leaders of five Central Asian states met March 15 in Astana in such a format for the first time in 10 years to address regional challenges, such as borders, water resource management and regional security.

The presidents of Kazakhstan, Kyrgyzstan, Tajikistan and Uzbekistan attended. Turkmenistan was represented by its Parliament’s Speaker Akja Nurberdyeva and a delegation, including the president’s son Serdar Berdymuhamedov, who chairs the Turkmen Parliament’s Foreign Affairs Committee.

Nazarbayev met on the sidelines of the gathering with Berdymuhamedov as well as Kyrgyz President Sooronbay Jeenbekov and the Uzbek leader Shavkat Mirziyoyev.

The event produced a joint statement on the upcoming Nauryz holiday and a decision to meet in such a format annually. 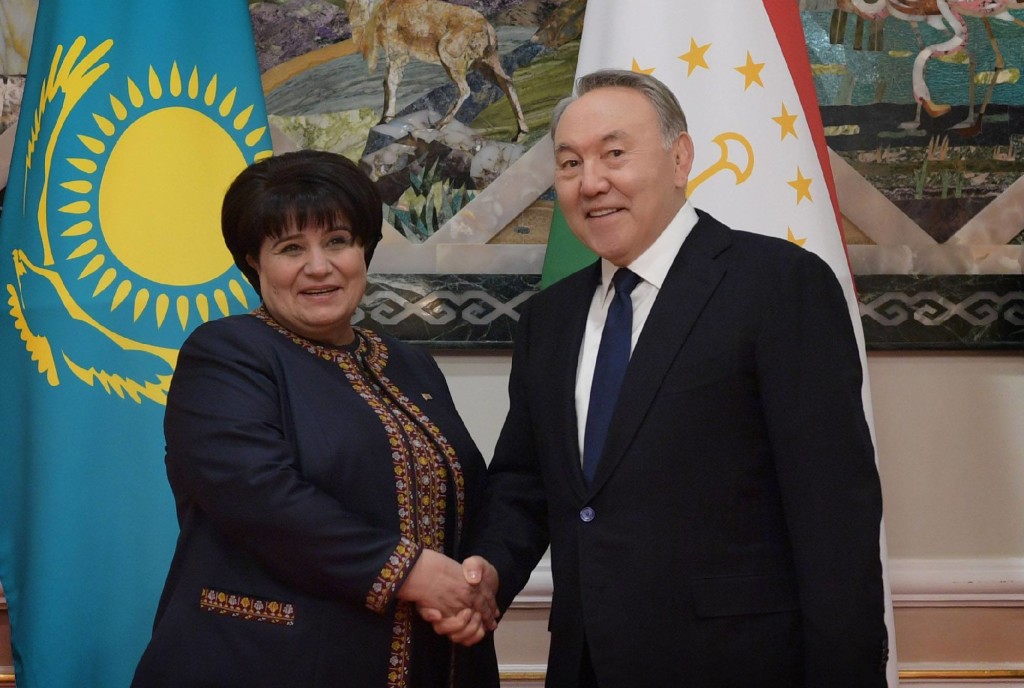 Nazarbayev also proposed during the meeting to establish a mechanism for five-sided regular consultations between the security councils of Central Asian states, the Kazakh leader told a press briefing following the meeting.

He highlighted the advantages of holding consultative meetings at the highest level, noting the importance of combining the potential of Central Asian states, increasing intraregional trade, ensuring regional security and facilitating the rapprochement of peoples. 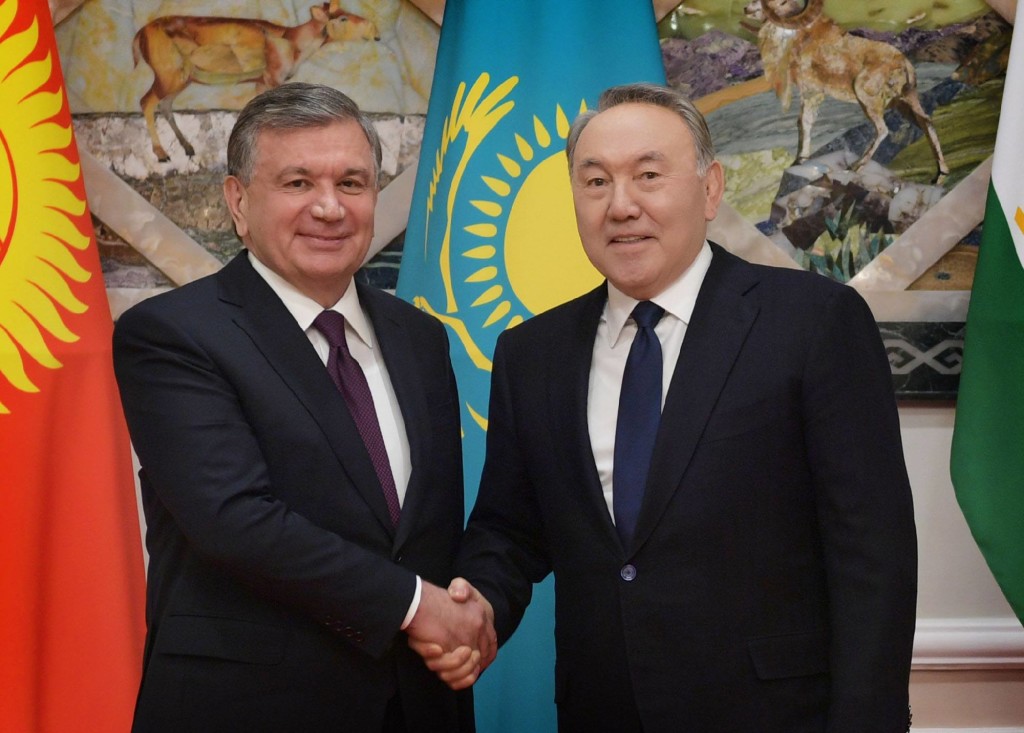 He also noted that, during the meeting, the leaders agreed that the delimitation and demarcation of borders between the five countries is a priority to strengthen security and stability in the region.

Nazarbayev also outlined the need for Central Asian states to strengthen ties with the leading countries bordering the region – Russia and China. 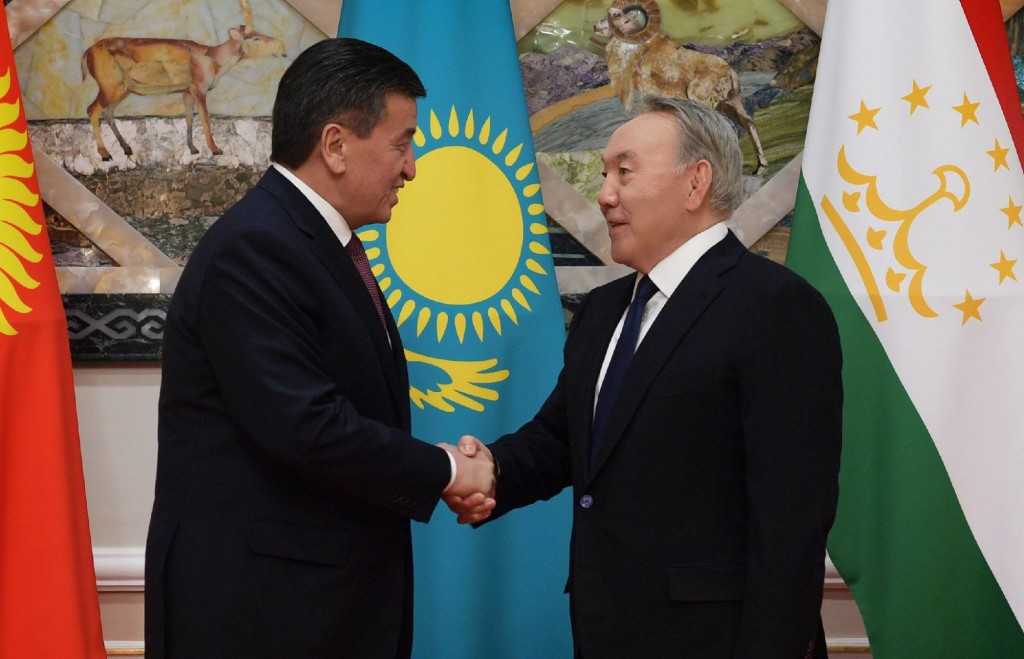 Speaking at the meeting as a host, Nazarbayev applauded his Uzbek counterpart Mirziyoyev for proposing the idea of holding the meeting.

“We can solve all our problems together. It is symbolic that our meeting is held on the eve of the Nauryz holiday that is common for all of us. Kazakhstan has always strived for close economic cooperation with its neighbours, especially with the countries of Central Asia, with whom we share common history, culture, understanding and vision of the world,” said Nazarbayev, according to the Akorda press release.

“I am pleased to state that we have reached significant progress in political cooperation between our countries. We managed to establish dialogue between our foreign ministers. I personally was pleased to see your foreign ministers at the UN Security Council meeting in New York [in January]. It was a solid support for us. That’s what we should always do – support each other,” said Nazarbayev. 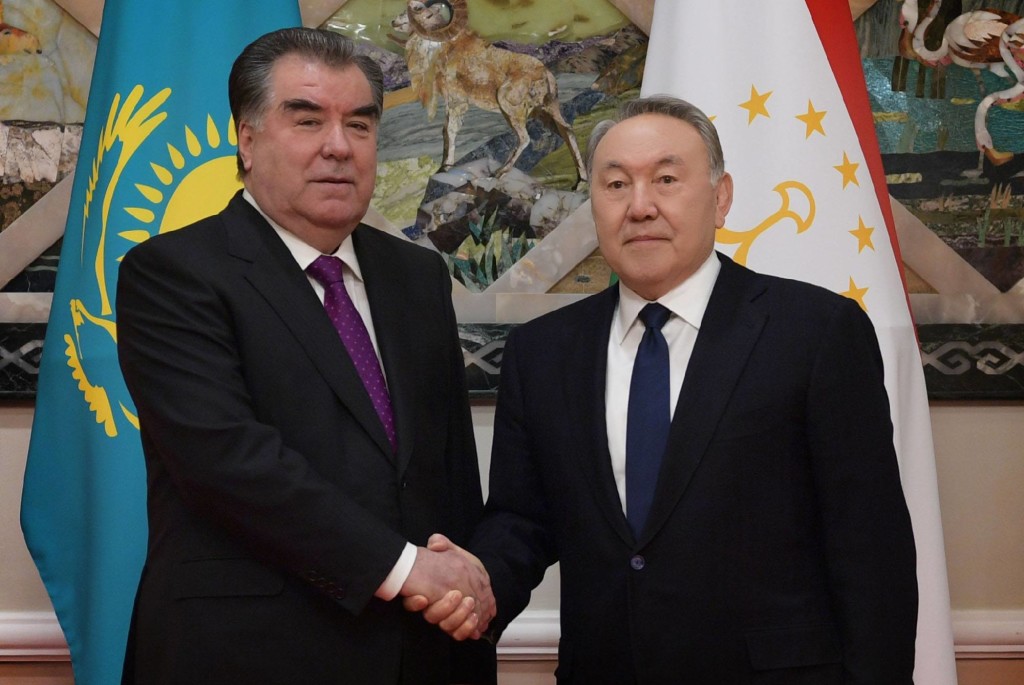 Kyrgyz President Jeenbekov also stressed during the meeting the importance of regional cooperation, saying, “today’s meeting will serve to renew and intensify our friendly and good-neighbourly relations. It will give new impetus to our common aspirations aimed at greater rapprochement of our countries and peoples.”

President of Tajikistan Emomali Rahmon, who arrived in Astana one day earlier for an official visit, spoke about developing Central Asia’s transit and transport potential, rational use of water and energy resources, cultural interaction and strengthening regional security.

“The growing challenges and threats to security, such as terrorism, extremism, drug trafficking, transnational organised crime and religious radicalism call on us to use all mechanisms of effective and prompt response. Solving these issues is a priority task for our interaction, because a change in the situation in one country can negatively affect the situation in the whole region,” he said.

“All our joint actions, projects and programmes will undoubtedly strengthen the spirit of mutual trust and respect and provide specific content to our close regional cooperation that is fully in line with our common interests and is wholly supported by our peoples,” he said.

“Cooperation with the closest neighbours in Central Asia is one of the priority aspects of Turkmenistan’s foreign policy strategy. Our country is committed to the widest cooperation with the countries of the region, while contributing in every way to the enhancement of an equal and trustful dialogue in all directions, in both bilateral and multilateral formats,” read the address.

The meeting’s joint statement was dedicated to the upcoming Nauryz holiday and read: “It is very symbolic that on the eve of this shared holiday we express our desire for regional cooperation, mutual support and joint solutions to pressing issues, in order to ensure the security, stability and sustainable development of our entire region.”

Following the meeting, the four heads of state participated the official launch of the year of Uzbekistan in Kazakhstan, where President Nazarbayev awarded his Uzbek counterpart Mirziyoyev the Order of Dostyk (Friendship) of the 1st degree “for significant contribution to strengthening and developing political, economic and cultural relations between the two countries.”

The event was held at the Astana Opera Theatre and included performances by leading Uzbek artists and an exhibition of folk and applied arts.