ASTANA – A delegation of business people from Brazil, including top management from the Optimal Capital Partners company, met with Kazakh officials and entrepreneurs to promote increased trade between the countries and find investment opportunities in mining, refinery building, blockchain technology and digital cities. 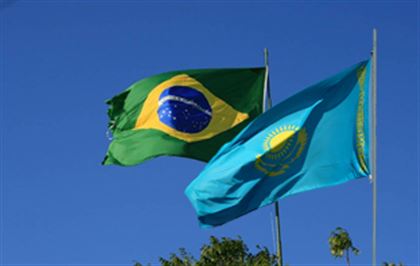 “I believe we are the first Brazilian company to visit and invest in Kazakhstan. Both Brazil and Kazakhstan have a lot of opportunities to offer each other; unfortunately, however, the trade volume is small. Although Kazakhstan is rich in minerals, it only exports sulfur to us, which we use to produce sugar. Kazakhstan can export far more and we will try to facilitate it. We have enough experience to become a hub for attracting Kazakh goods to Brazil,” delegation member Grigori Goldchleger told The Astana Times.

“Our biggest treasure is agricultural potential. Brazil is the second largest agricultural centre and last year we even managed to gather the largest harvest of soy for the first time. We could potentially export soybean meal for Kazakh cattle. Apart from soy, we are also major exporters of orange juice concentrate, sugar and coffee,” he added.

Although Brazil is rich in fossil fuels and minerals, this delegation was particularly interested in mining.

“Kazakhstan can boast of a vibrant industry. I personally know the Ulba Metallurgical Plant, which we can supply with raw materials and buy copper-berillium alloys from, and the Uskemen zinc plant. The industrial potential is huge, and the Kazakh population is relatively small compared to 208 million Brazilians, so Kazakhstan can provide us with commodities we lack,” noted Goldchleger.

The delegation met with Kazakhstan’s Atameken Chamber of Commerce, Ministry of Energy and officials at the Ministry for Investment and Development and expressed interest in financing and helping build Kazakhstan’s fourth oil refinery.

“Our business includes six companies; one of them is Vetori, one of the five biggest construction companies in Brazil, which has more than 50 years of experience. So, we would like to finance and construct any project and provide for it a long-term lease and interest cheaper than in commercial banks,” added Goldchleger.

Another area for investments attractive to Brazil is technology, including blockchain and digital city networks.

“We are also working on projects related to technological developments, such as facilities for digital cities. One of our team members signed a contract for lighting system installment in San Paulo. It will be efficient and convenient as everything is automated. We also met with the director of the IT department at KazPost, who said they plan to launch a digital bank, so we want to contribute as well,” noted Goldchleger.

“Kazakhstan is the most interesting country for us in Central Asia. There is undoubtedly a positive trend in Kazakhstan’s development and we want to contribute to your growth. I believe that developing countries should support each other and there is a lot of scope for Kazakhstan-Brazil cooperation,” he said.