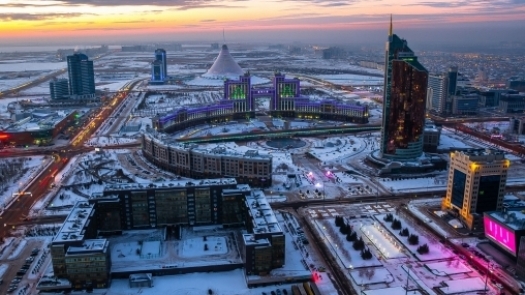 “Over the past five years, the population of Astana has increased by 35 percent from 645,000 to more than one million people. And last year, more than 8,000 hectares of land were added to the city’s territory: the Maibalyk lake’s territory and the pantheon. We need territory for the construction of new schools, kindergartens, hospitals, engineering infrastructure. That is why we need to create the fourth district of the capital,” said Astana Akimat (administration) chief of staff Berik Dzhakenov.

The boundaries of the new district will be from the Astana-Kostanai railway along the existing border of the city to the Akbulak River, along the Akbulak River to Koshkarbayev Avenue, along the avenue to Saud Street to the 184 Street and along the river to the confluence of the Yessil and Akbulak rivers. The border continues from the Yessil to the Karaotkel Bridge, from Barayeva Street to Republic Avenue, from the Republic Avenue to Bogenbai Batyr Avenue, along the Avenue and Alash highway to the railway and along the railway to the Western border of the city. The boundaries of the district also include the territory of a 460-hectare urban cemetery.

The new area increases the size of the city to 79,733 hectares.

“The new district of Baikonur has a special mission to continue our work under the project called City without Suburbs. The project aims to develop and improve the city’s infrastructure, create favourable conditions for the development of small businesses as well as promptly solve various social problems for residents,” Dzhakenov emphasised.