Assembly of the People of Kazakhstan to have media platform

ASTANA – The new multimedia portal of the Assembly of the People of Kazakhstan was presented March 1. The project, called the People of Kazakhstan’s historical map, covers the history of the country’s multi-ethnic population from ancient times to the present day. It will also be used as a platform for ethnic media, according to inform.kz. 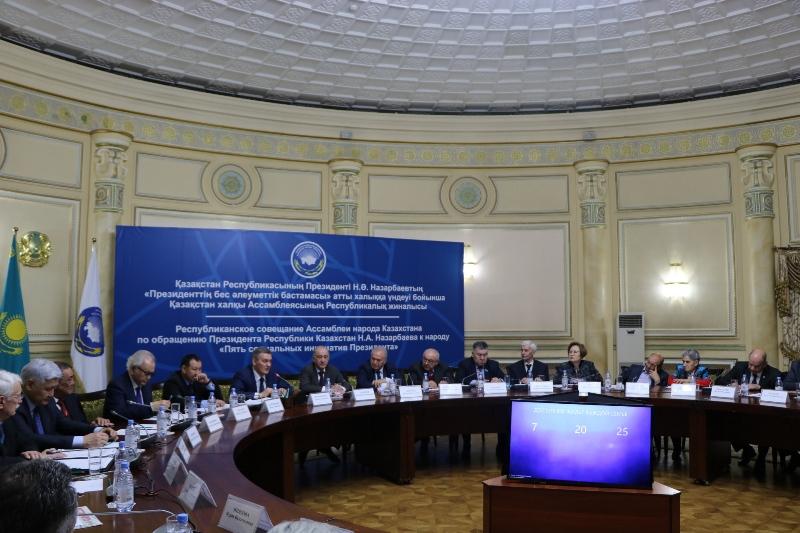 “All of them [ethnic communities] will have their pages based on the basis of the portal. They will use the multimedia services of the portal – studio recordings and live broadcasts. We are talking about the fact that ethnic media are entering the information space of the country at a new level, becoming more accessible to young people and also continuing to publish paper versions for the older generation. In June, the team of the new multimedia portal will start working in full swing; until this time, we will talk with the Ethnic Media Journalists Club about how to maximise all opportunities,” said Assembly of the People of Kazakhstan Secretariat head and Deputy Chairperson Leonid Prokopenko at the recent assembly meeting in Almaty.

In light of the upcoming major meeting, the assembly is now preparing important documents.

“The regular meeting of the working group of Parliament is discussing a new draft law ‘On the Assembly of the People of Kazakhstan.’ We hope that the next discussion will take place at the plenary session of the Mazhilis and in April at a meeting in the Senate. In addition, we need to work out a new plan of the assembly’s activities and conduct active preparations for the April 26 session of the Assembly with the participation of the President,” he added.

The meeting also addressed the importance of the work by ethno-cultural centres, explanatory projects by ethnic media and the tasks set by President Nursultan Nazarbayev.

“The Assembly always supports the efforts of the head of state, whose decisions and proposals are balanced and strategic. Today, we are once again convinced of the consistency and correctness of the course chosen by the President. The idea ‘Kazakhstan is our common home’ and long-term joint living of representatives of different ethnic groups contribute to the formation of a special Kazakhstan mentality with an atmosphere of peace, friendship and interethnic accord. We, the ethno-cultural public associations, support the social initiatives of the President aimed at further improving the well-being of Kazakh citizens, realising that the new initiatives are aimed at improving the lives of citizens and confidence in the future,” said Uighur National Cultural Centre Honorary Chairperson Akhmetzhan Shardinov.