Almaty quilting enthusiasts try to patch together a world record

ASTANA – Quilting enthusiasts in Almaty will work from March 22 to the Sept. 16 Almaty Day to break a Guinness World Record for the world’s largest patchwork quilt (“Kurak Korpe” in Kazakh), measuring 25,500 square metres. Organisers chose March 22 as it marks the rebirth of nature and the spring holiday of Nauryz. 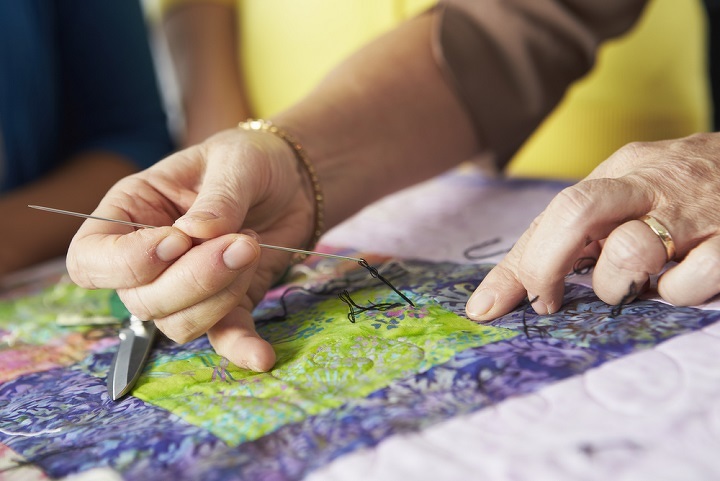 Quilting materials will be collected from 25 Almaty libraries prior to March 22.

“Each piece of Kurak Korpe reflects the diversity of our Kazakh land: its steppes, mountains and rivers, and, of course, the unity of the people. Kazakhstan is a home for people of at least 130 nationalities. As quilts are tightly sewn in one blanket, so we are united by one country,” Almaty Department of Culture and Archives said in its announcement of the project.

The project will conclude with a gathering on Almaty City Day in the First President’s Park, where the largest Kurak Korpe will be laid out. Later, pieces of the quilt will be exhibited at events throughout the country.

The previous record for quilting was established in Porto, Portugal. A quilt patchwork measuring 25,100 square metres was completed in 2000.

Another record on tea drinking will be arranged on Zhibek Zholy Avenue March 22 in Almaty. For this, organisers intend to install a large teacup of 2,000 litres of instant tea to share with 20,000 people. The record will be recorded in Kazakhstan’s book of records.

The main festive events for Nauryz will take place at several locations in Almaty March 21-25 from 10 a.m. to 9 p.m. On March 22, a concert and a festival of national cuisine will be held on the Astana Square in Almaty. Almaty residents will also attend celebrations on Panfilov and Zhibek Zholy streets March 22-25 from 10 a.m. to 10 p.m.

The Spring Festival will be celebrated on the square near the Zhurgenov Academy, in the Athletic Village and near the Almaty Arena Ice Palace.