ASTANA – Aktobe city in western Kazakhstan is one of the nation’s rapidly growing cities.

Founded in 1869 as a fortress to protect the then Russian Empire, the city is now home to more than 417,000 people, making it the fifth largest city in Kazakhstan after Almaty, Astana, Shymkent and Karaganda. 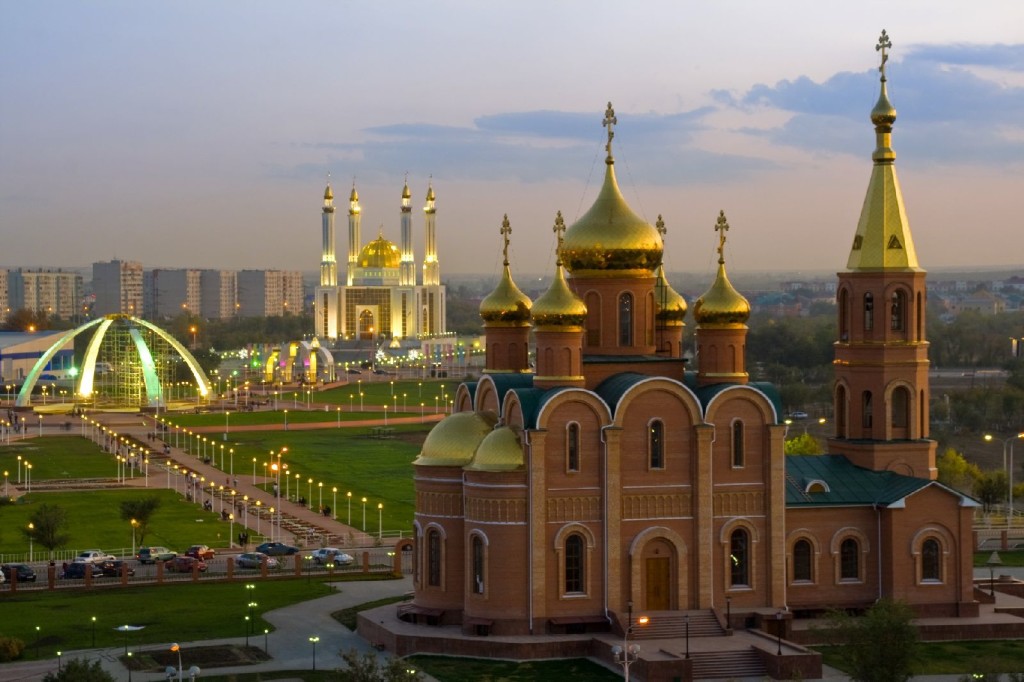 Major enterprises are based in Aktobe, including ferroalloys, chrome compounds, agricultural machinery and X-ray equipment plants. Many of these and other factories were evacuated to the city from the then Soviet Union during the Great Patriotic War later spurring the industrial growth of the city.

Chromium and phosphate reserves in the region also contribute to the development of the industry.

While cities in southern Kazakhstan and their architecture reflect the motives of Central Asian khanates that once had a significant influence on that region, Aktobe reminds more of a Russian provincial city, primarily because Russian architects were in charge of the city’s general plan back in 1874.

This mix of buildings pertaining to pre-Soviet, Soviet and independent Kazakhstan periods ascribes an eclectic nature to the city and its architecture.

The city, witnessing a vibrant cultural development in the same period as a rapid industrial growth, hosts museums and theatres that welcome visitors up to present days.

One of the oldest cultural sights is the Aktobe Regional Museum of Local History that opened in 1929 and offers more than 90,000 exhibits of different periods of regional and national history. Among the exhibits are jewellery discovered in ancient Besoba and Syntas kurgans (burial mounds) belonging to Sarmatian nomadic tribes that inhabited the territory of modern western Kazakhstan in the 7th century BC – 5th century AD.

Close to the museum is the Memorial Museum of Aliya Moldagulova, an Aktobe region native and Kazakh sniper and war hero who fought in the Great Patriotic War and lost her life fighting the Nazis. She was only 17 when she joined the army.

Visitors can walk through Unity and Accord Boulevard unveiled nine years ago featuring an amphitheatre, Shanyrak monument and two fountains. The boulevard connects the city’s Nur Gasyr central mosque and St. Nicholas Cathedral.

Getting to the city is not difficult, as it has an international airport with flights to Astana, Almaty, Atyrau, Shymkent and Moscow. The city is also accessible by train.