TARAZ – Muratkhan Tokmadi, a former gang member turned businessman, pleaded guilty Feb. 16 to murdering chairman of the board of the BTA Bank Yerzhan Tatishev in 2004. 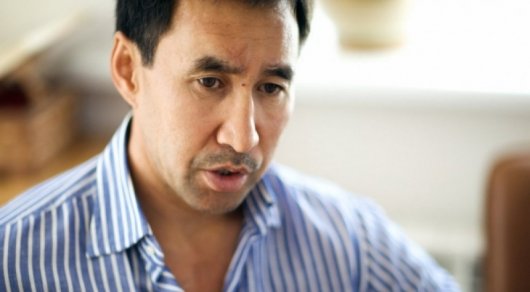 The case into Tatishev’s death was reopened after Tokmadi’s confession to shooting Tatishev during a winter hunting trip in a KTK TV channel documentary in Oct. 2017.

The owner of the KazStroiSteklo glass factory, Tokmadi had originally been sentenced in 2007 to one year in prison for manslaughter by negligence in relation to the incident that occurred 14 years ago. This time he was indicted under Article 96 of the 1997 edition of the Penal Code for a murder conspired and carried out by a group of individuals out of mercenary motives.

In his testimony to the Zhambyl region specialised inter-district criminal court, Tokmadi said he killed Tatishev on orders from Mukhtar Ablyazov, who within a few months after Tatishev’s death overtook control over the BTA Bank and became its chairman.

In 2009, PriceWaterhouseCoopers auditors identified that from 2005-2009, Ablyazov siphoned off more than $10 billion from this bank through a network of companies he owned. The alleged assassin’s paymaster fled to Britain the same year after the bank defaulted on $10 billion in debt owed to majority-state-owned Royal Bank of Scotland (RBS), Barclays, JP Morgan Chase, PNC Bank NA, Bank of New York and others. The fugitive banker, who is believed to live in France, is wanted in Russia and Ukraine and is convicted in absentia in London for the contempt of court with a sentence of 22 months in prison and in Kazakhstan to 20 years in prison for embezzlement.

Tokmadi told the court that back in 2004 he was under intense pressure from Ablyazov who threatened to kill him and his family if he did not murder Tatishev. In return, Ablyazov offered Tokmadi $4 million, a write-off of the loan from the BTA Bank and a new line of credit. According to Tokmadi, Ablyazov indeed gave him $2 million as an advance payment, which Tokmadi said he had spent for bribing law enforcement officials in charge of the investigation into Tatishev’s death and forensic firearm examiners. He invested the remaining $2 million in the glass factory.

Since then Tokmadi had worked meticulously to build his image as a successful businessman, a philanthropist and a triathlon enthusiast, even though it was an open secret that in late 1990s and early 2000s Tokmadi led an organised crime group known as the Deputatsky Korpus (Corps of Deputies), whose members terrorised the business community.

In June 2017, Tokmadi was arrested and later, after a plea deal, convicted of racketeering, illegal acquisition and storage of weapons, firearms, and explosives.