By Ilyas Omarov in Sports on 7 February 2018

ASTANA – Despite the fact that the 10th regular Continental Hockey League (KHL) Championship is not over yet, for the fans of Astana Barys it has become a mere formality, since their favourites, for the first time in history, have lost their chances for the playoffs a few rounds before the end of the regular season. Barys players previously made the playoffs eight times and did not get there in 2015-2016 only due to the last match outcomes of the regular season. 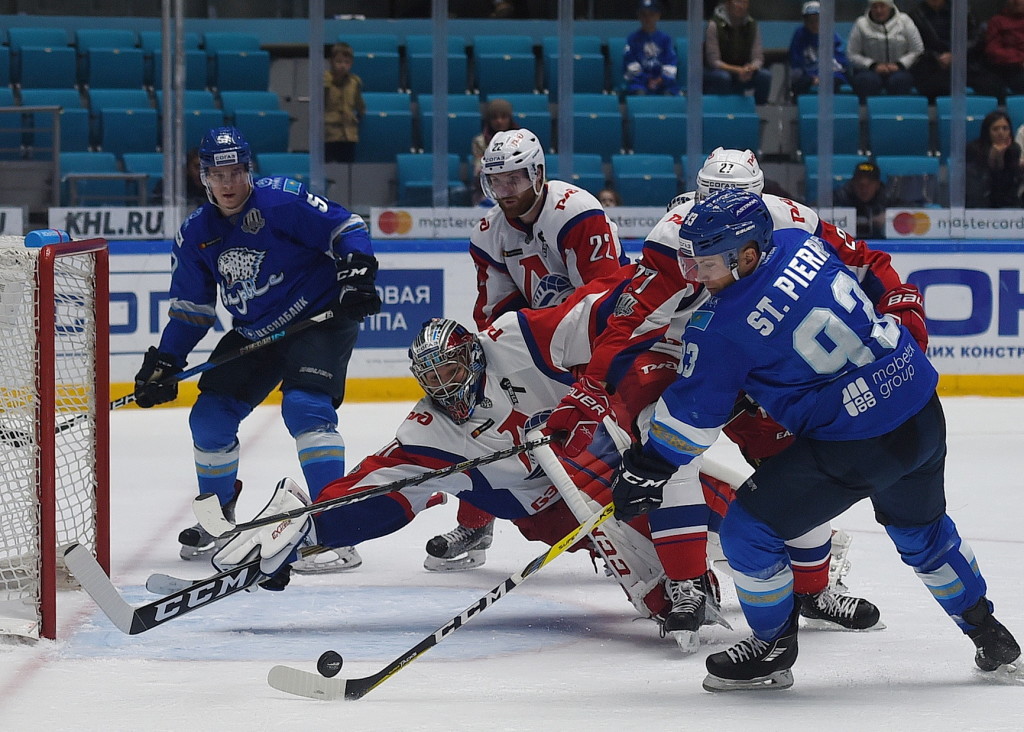 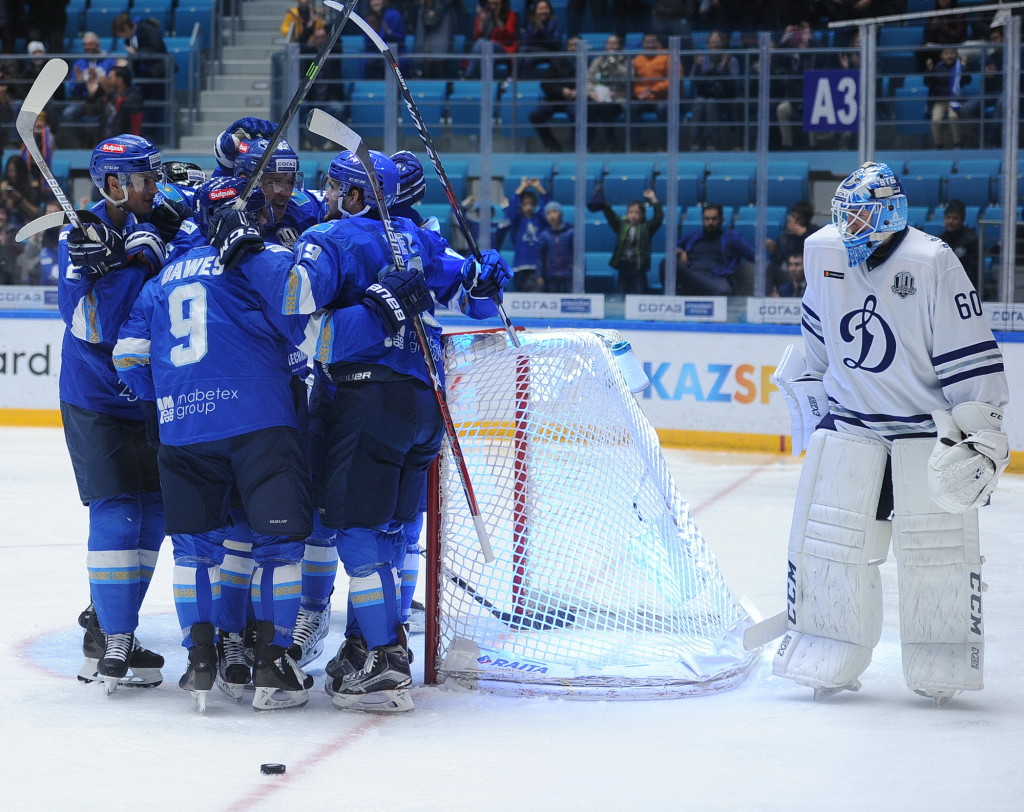 I would like to highlight the 10 most noteworthy facts of the 10th KHL Championship which Barys players experienced. Just to be clear, I would like note that this is simply a subjective opinion.

1. By the traditional first break in the regular season of the KHL Championship associated with the European games, Barys finished in first place in the Eastern Conference. The history of the club had a moment when the team rose to the top of the regular KHL season, but never before had Barys headed any conference, even its own, when the league was on a break.

2. In the away match in Ufa against local Salawat Yulaev, having lost one goal with score 3:2, Barys replaced the goalkeeper with the sixth field player in the final minutes of the game. Barys not only equalised the score, but also won that match with a convincing score of 5:3. It took Barys only 46 seconds to put up three goals and they did all of that in the last minute. There has been no such case before in the annals of the KHL.

3. Captain and menacing Barys attack line Nigel Daws became the second player in the history of the KHL to score 35 goals in the past two different seasons. Last season, he scored 36 goals in the regular championship. One can only guess how many goals Dozzi could have scored if he had not missed nine games in the regular season due to his injury.

4. After the first break in the regular season Barys set its own abysmal record, scoring only 7 of 60 goals (!) in the next 20 matches. Because of this, the club dropped from first to 10th place when the KHL finished the regular season.

5. A very strange exchange of Barys’ centres – Martin Saint-Pierre to James Wright from Admiral (Vladivostok) right during the season gave grounds for many talks. Everyone remembers in the past how Saint-Pierre succeeded in replacing the attacks of Dustin Boyd on the first line and this season he is always very helpful in the beginning. Technically, age-dependent Saint-Pierre asked for a profitable contract and a place in the top three, which he received in the Far East; however, after the financial problems of Admiral HC, its prospects have become vague. As for Wright, he really has not yet settled in Barys.

6. The resignation of head coach Yevgeny Koreshkov, whom experts called at the opening of the season and, reasonably so, the “coach of the season,” was the first news in the 2018 calendar– the fans learned on Jan. 1. A trainee of the national school, Koreshkov soon became a victim of circumstances. It is impossible to forget one of his innovations, slightly risky and even adventurous according to hockey standards. In overtime, when the teams played 3 on 3, Koreshkov frequently replaced the goalkeeper with the fourth field player during the game in the opponent’s zone. Once, it resulted in victory in the home game against Vityaz from Podolsk.

7. Swedish Barys goalie Henrik Karlsson expressed his intention to play for the national team of Kazakhstan. To get accustomed with such decisions of North American legionnaires, this is the first time when we can witness the desire to play for the turquoise flag of a Swedish national. In addition, Karlsson is remembered for a match-penalty for contacting the referee and was subsequently disqualified for three matches.

8. Disallowed goals by Barys caused great resonance in the league. Shots right in the goal cage after the attacks by the snow leopards were cancelled six times in eight away matches. The penalty match by defender Kevin Dallman (5+20) in the match against Moscow Dynamo was subsequently annulled by SDS and replaced for two minutes. But at the end of the five-minute removal of the centre of the Dynamo, Boyd, the former Barys player, put the fifth puck in the net of his former team, which decided the outcome of the game against Barys.

9. The discovery of the Barys season and, perhaps, the KHL as whole, was the game of Canadian Linden Vei, who jointly with Daws and another acquisition of the snow leopards – Matthew Frattin, another Canadian – made the first line of attack, having successfully replaced the trio of Bochenski- Boyd-Daws. For a long time Vei headed the list of scorers of the league, remaining its best playmaker. However, persistent rumours state that after the resumption of the regular season, discrepancies in the team between the leadership of the club, the coaching staff and the players have had legitimate reasons. How can one otherwise explain the aforementioned abysmal record series of matches and the decision of the coaching staff that did not take its best scorer, Vei, with the formulation of “lowering sports performance” in the penultimate round stand.

10. For the first time in KHL history, an interim head coach of the league was invited to lead the team of the division for the All-Star League game within the framework of the Hockey Stars Week in Astana. That was Galym Mambetaliyev, interim head coach of Barys, under whose leadership the team hadn’t scored any points by that time.

This is a quite ambiguous way Barys would be remembered this season.