By Aigerim Sadykova in International on 20 February 2018

ASTANA – The Kazakh Red Crescent Society, which provides social and humanitarian assistance, first aid classes and training and prepping for natural disasters, will hold its European conference May 2-4 in Almaty. The event is an important one for the city, noted CEO Elena Kim. 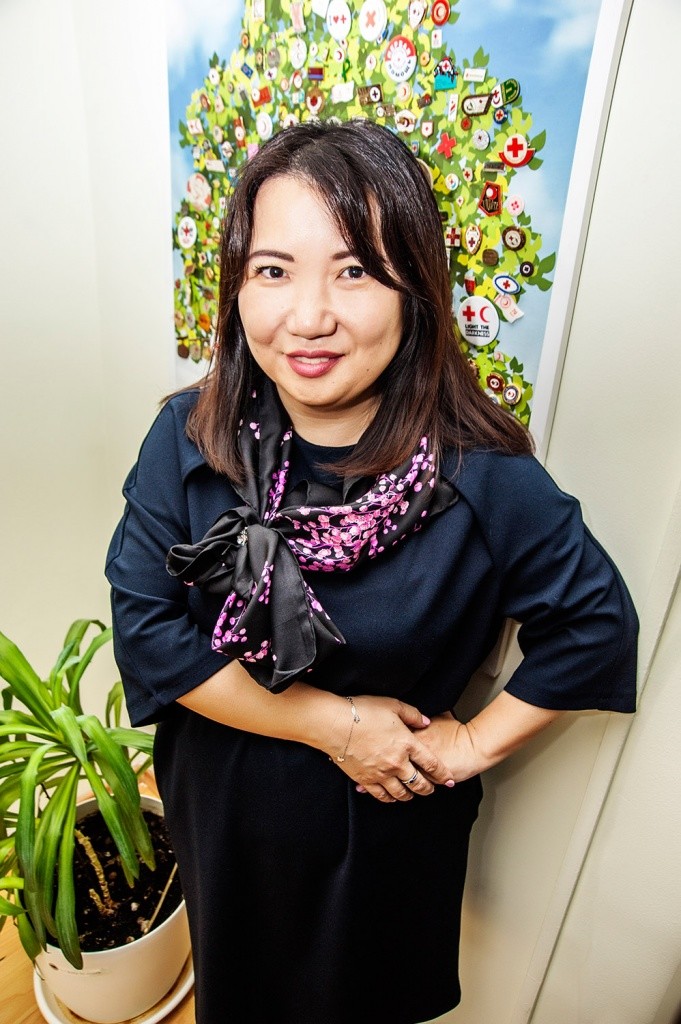 “This year, the tenth anniversary of the European conference will be held here in Almaty. We will receive 52 national Red Cross and Red Crescent National Societies in May,” she said.

The International Committee of the Red Cross (ICRC) is also seeking support from the Kazakh Red Crescent to help other members of the worldwide humanitarian movement.

“At the last general assembly of ICRC, we presented the initiative to provide consultative assistance for Central Asia countries,” she added.

“We are planning to change into a donor in 2020 with the help of IFRC (International Federation of Red Cross and Red Crescent Societies).”
The Kazakh Red Crescent was initially a recipient, receiving financial resources from foreign partners to provide humanitarian aid beginning in 1992. The emergency, tuberculosis and volunteer activity programmes were formed eight years later with ICRC assistance. When Kazakhstan became financially stable and took its position in the international arena, Red Crescent became partly self-financing. With the help of the Swiss Red Cross, it launched a fundraising strategy in 2014 to attract citizens wishing to help.

The organisation invests numerous resources in cooperation with the corporate sector. This year, it is planning to negotiate with 50 companies.

“The people in Kazakhstan actively participate in the events that we hold. Become a donor and win the iPhone 7 project works in Astana, Almaty, Shymkent, Karaganda and Aktobe cities. Also, we have charitable coupons for donation that can be exchanged for a product from our partners,” said Kim.

With its main office in Almaty and 19 cross-country branches, Red Crescent establishes programmes for each region based on their individual issues. Almaty region and Almaty and Shymkent cities struggle with earthquakes, while others need to develop blood donations or suffer from spring floods. With the support of Bulat Utemuratov Charitable Foundation, the organisation has raised funds to assist those who may be harmed by this year’s post-snowmelt floods.

“The funds have already been transferred and will be set during an emergency,” she said.

Red Crescent has 1,500 volunteers in Kazakhstan, but has problems recruiting permanent members.

“Before becoming a member of the Red Crescent, you need to understand what the organisation does. The main motive to come and stay is the credibility the Red Crescent achieves by transparency and comprehension,” she added.

Red Crescent has cooperated with the Ministry for Religious and Civil Society Affairs and the Civil Initiatives Support Centre which regulate and deal with social grants, demonstrating its ability to use government services to prepare citizens for natural disasters or become involved in blood donation. The organisation is now concentrating on finding permanent donors to reduce costs and avoid risks.