By Dana Omirgazy in International on 24 February 2018

ASTANA – Lithuania celebrated Feb. 16 its 100th anniversary of independence restored after World War I. To highlight the date, Lithuanian Ambassador to Kazakhstan Vytautas Nauduzas told The Astana Times about the relationship between the countries, prospects for deepening cooperation and his opinion on Kazakhstan’s development. 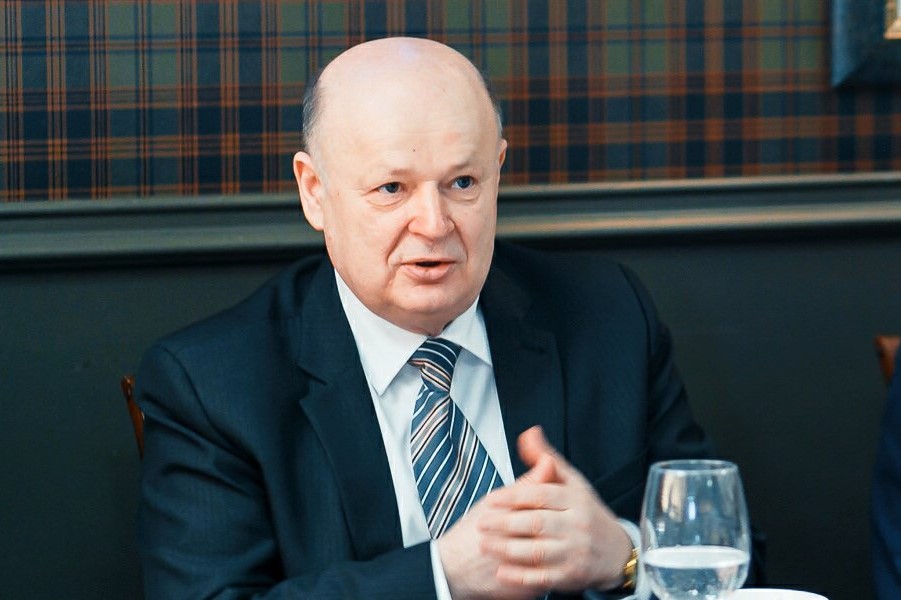 “A few days ago, Lithuania commemorated its 100th anniversary of its rebirth as an independent country. The statehood of Lithuania was established almost 800 years ago. Lithuanian kings and Lithuanian grand dukes together with Poland created Rzeczpospolita, which included Belorussia, Ukraine, some regions of Russia and some regions of eastern European countries. Thus, Rzeczpospolita united an impressive part of Eastern Europe in diversity for a long period. Nowadays, Lithuania is in great favour of a strong, stable relationship with neighbouring countries. Actually, when we speak about the jubilee, we should pay attention that a country is as wise as its values, not only years,” he said.

Freedom, democracy and human rights were the reliable bases for Lithuania to join the European Union (EU), North Atlantic Treaty Organisation (NATO) and other international institutions, he said, as well as to emerge from austerity to prosperity, reach more than $18,000 in per capita GDP and become the 19th most liberal economy in the world.

Last year, Kazakhstan and Lithuania marked the 25th anniversary of diplomatic relations. Through the quarter century, the countries achieved significant successes in all areas of cooperation. The positions of both countries coincide on many international topics.

The ambassador focused on the cooperation between the countries on the international level.

Within a few months, Lithuania is set to join the Organisation for Economic Cooperation and Development (OECD). Kazakhstan is also seeking to become a member and Nauduzas believes the action will occur in due time.

He once again congratulated Kazakhstan on the way in which it organised and conducted EXPO 2017. Lithuania’s Romas Jankauskas was appointed as the event’s chief commissioner.

“Last year, due to many things we intensified our relationship. The turnover of foreign trade reached $1.7 billion, much more than Kazakhstan has with many neighbouring countries. Good governance comes from freedom of communication and connectivity between two countries. We have good cooperation in transport and logistics,” he noted.

The ambassador praised the country’s efforts on construction of infrastructure for the Silk Way, East West Transport Corridor, Kuryk port and other facilities.

“Thus, the country will diminish its economic dependence on just mineral resources, because transport and logistics could give at least 10-15 percent of the GDP. During the few last decades, your region has dramatically and fundamentally changed. It has become much smaller, better interconnected, more comfortable and environmentally friendly. Transport could deliver sustainable rises, not crises of economic development of any country. Daily transport delivery straight to our homes is a modern quality of life in spite of borders between our countries. Lithuania, Poland, Latvia and Estonia might be very useful, because you can more easily realise the challenges of the logistics,” he said.

Relations are dynamically developing between universities, including within the Bolashak International Scholarship programme. Medical institutions have established effective mechanisms for sharing experience. Lithuanian doctors visit Kazakhstan to do sophisticated operations, especially for those with heart disease. Professor Rimantas Benetis, an outstanding Lithuanian cardiac surgeon, has saved many Kazakh lives.

Tourism will be enhanced beginning May 27 with the expected launch of direct flights between Astana and Vilnius by SCAT airlines.

“This will be very useful for both sides. I think it will attract people not only from Lithuania and Kazakhstan, but from neighbouring Central Asian and EU countries,” said Nauduzas.

“High development is going on everywhere in Kazakhstan. I am sure that Shymkent will be the largest city in the future. Demographic trends show that the greatest increase of citizens is in Shymkent precisely,” he added.

He also commented on the transition of the Kazakh language to the Latin-based script.

“I believe that the transition of Kazakhstan to the Latin alphabet is a very correct, considered and consistent step. For foreign tourists, to whom you have opened your borders and who can visit your country without a visa, it is much easier to read and understand the meaning of words in Latin rather than in Cyrillic. The transition to the Latin alphabet is not done at the expense of Cyrillic. The tolerance of Kazakhstan people towards other religions and other national minorities is praiseworthy,” he noted.

Lithuania opened two honorary consulates in Almaty and Shymkent this year, raising the number within the country to eight.

“We cover all regions of Kazakhstan. Besides, we have the embassy in Astana and general consulate of Lithuania in Almaty. Additionally, we opened eight honorary consulates, but I would not call them consulates but powerful and reliable bridges between two countries. They are working efficiently,” he added.

Nauduzas noted future plans are related to economic and trade cooperation, transport and logistics, chemistry, oil chemistry and many other sectors of the economy.

“Kazakhstan is an incredibly rich country. I would say that Kazakhstan does not have any chance to go bankrupt. Kazakhstan is so rich, not only in mineral resources; it is also rich in grain, agriculture, the metal sector, oil and gas, coloured metals and rare metals. However, the main diamonds of Kazakhstan are people. Here, people are well educated and trying to do their best. The rest Kazakhstan people can get by opening doors and trade much more with neighbouring and far away countries,” he added.