By Zhanna Shayakhmetova in People on 23 February 2018

ASTANA – Dana Bashibayeva, one of Kazakhstan’s 100 New Faces, calls on women to put their health first and has introduced new methods of breast disease diagnosis and treatment. 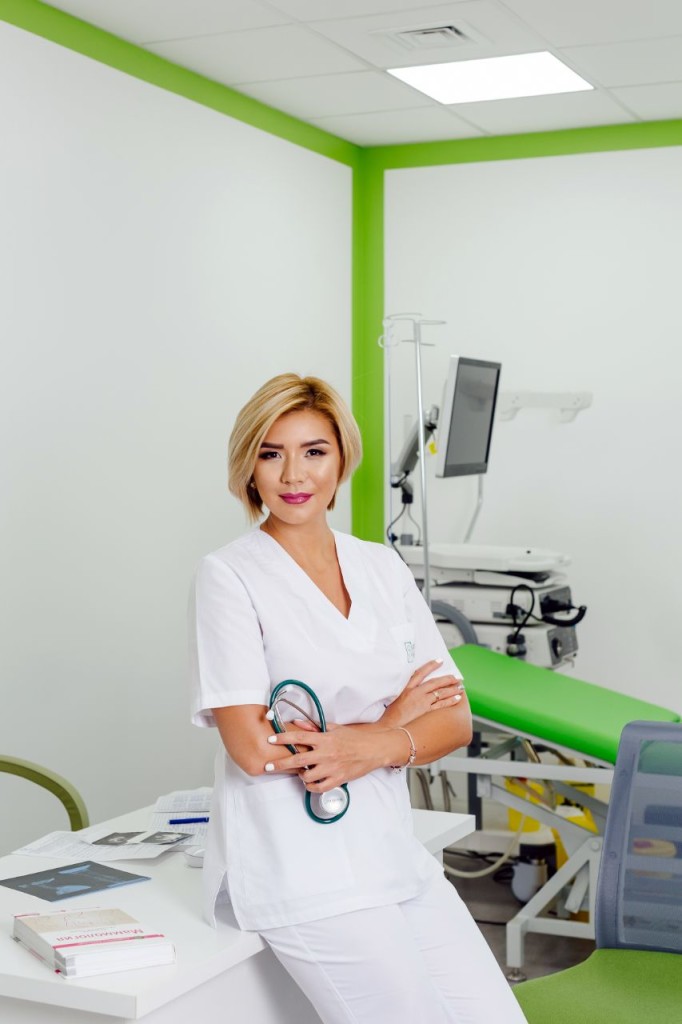 A supporter of preventive healthcare, she uses the power of social media to raise awareness of women’s health. She currently has about 50,000 followers on her Instagram account.

Bashibayeva started her career in the oncology department after graduating from a university in Almaty.

“At this time, I learned a lot about the breast diseases with silent conditions and a wide age range. I also knew that most women do not know the measures of prevention. They did not understand what kind of disease it was and what could have led to it. They do not pay attention to the first early signs of the disease and do not do the full check-up. There is a need to develop prevention measures to lower risks,” she said.

She knew there was a shortage of breast physicians and specialists working with benign breast diseases. Treating the diseases can prevent breast cancer.

“I understood the necessity to develop this area. I had internships at the First Pavlov State Medical University of St. Petersburg, which is engaged in the prevention of breast cancer. I try to bring new trends and approaches. For example, I implemented the method of treating purulent mastitis, which occurs because of lactostasis (milk stagnation), without surgery. We have good results and, most importantly, our patients are satisfied,” she said.

Bashibayeva focuses on the diagnosis to avoid surgical intervention because of “the emotional experiences of surgeons for women.”

“I conduct all the stages of treatment, from the very first day to the post-operation period. I underwent retraining on radiation diagnostics. I can perform ultrasound, biopsy and surgery operations,” she said.

“When I moved to Shymkent, I started to promote myself through my Instagram account because nobody knew me there. As a result, my account became widely popular. On the first visit, I examined over 150 people in five days. I knew that people were in need of these consultations. I also do consultations in Almaty,” she added.

“Last year, this campaign was held every Saturday. More than 50 people were examined. I organise such initiative on International Women’s Day, too,” she said.

Breast cancer has ranked first among cancer diseases in the country for a long time. It is also third in terms of the mortality rate. More than 400 new cases of breast cancer are registered annually and seven out of 10 women have mastopathy.

Societal trends are one of the reasons why the disease is widespread. A growing number of women are involved in businesses and careers and delayed pregnancies and shortened lactation periods are common. Infrequent sex is also one of the factors causing mastopathy and breast cancer, a factor affected by the increase in the divorce rate.

“Women do not understand why I ask about their sexual activity and I have to explain that all these factors are connected. I always raise this issue on social media. At first, it was difficult to promote my account. Our people admire a beautiful and glamourous lifestyle. I proposed some famous bloggers free screening to promote a healthy lifestyle challenge. None responded. It is important to raise awareness in society and that is what I am doing daily,” she noted.

Bashibayeva plans to implement a strategy to fight the disease at the state level because the issues are urgent.

“I became a participant of the 100 New Faces project thanks to my subscribers and patients who voted for me. I am very grateful to them. I was the first who raised this topic on social media. Now, I would like to organise a flash mob to raise breast cancer awareness,” she said.