In April 2017, a policy article “Course towards the future: modernisation of Kazakhstan’s identity” by President Nursultan Nazarbayev was published. Among many, there is one specific project called New Humanitarian Knowledge. 100 New Textbooks in the Kazakh Language, which envisages the translation and introduction of the best international educational literature into the programmes of Kazakh universities. 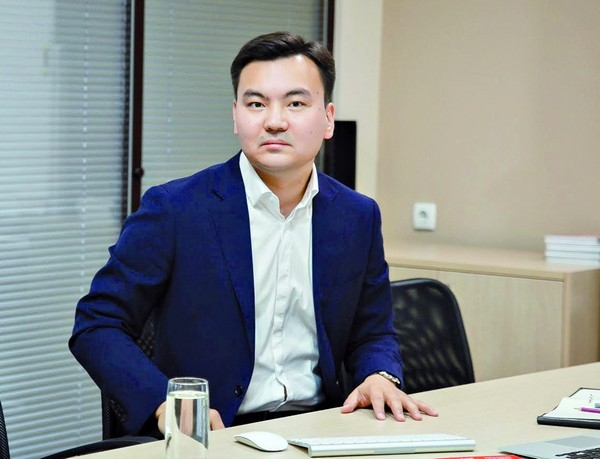 A special entity, the National Translation Bureau, has been established to implement this important project.

Under the project, about 20 textbooks on the humanities written by distinguished authors and published by the world’s leading universities have already been translated and will be published soon.

When setting the task for this unique project, President Nazarbayev rightly noted that “for many years, our social and humanitarian knowledge had been constrained within the framework of one doctrine and one worldview.”

Indeed, one of the dire consequences of the total unification of science in the USSR was the destruction of the entire system of humanitarian knowledge. Many distinguished scientists in the humanities were forced to leave the country while those who stayed faced repressions and persecution. Unable to resist, some backtracked on truth and complied with the regime. Subsequently, the humanities in the Soviet Union, including Kazakhstan, for many decades existed in a vacuum, in isolation from the global humanitarian scientific process.

But the collapse of the USSR and Kazakhstan’s subsequent independence did not bring an instant boost into the humanities in our country. The consequences of “constraining the humanitarian thought within the framework of a single doctrine” turned out to be very profound. A quarter of a century has passed, yet we are still in the process of creating our own mature national environment for humanitarian sciences, conceptual and research apparatus, qualified teaching staff for the universities and professional translators.

President Nazarbayev’s initiative to publish best textbooks in the humanities creates a unique opportunity to accelerate the development of this branch of science in Kazakhstan.

Through the translation of the best of educational and scientific literature, we are able to bring the content and level of discourse in our classrooms to international levels in the shortest possible time. In turn, Kazakh teachers and researchers will have a chance to join the world scientific community.

It is no secret that the modern world is rapidly changing and all changes dictated by the development in engineering represent an unprecedented challenge to the liberal arts. Internet and social media, virtual reality and artificial intelligence, unmanned military and civilian technology generate a whole complex of new philosophical, psychological, ethical-moral and linguistic-cultural problems. Modern humanitarian science is developing in search of answers to the questions and challenges of a new time. We must rise and become a part of this process. This is where we see the goal of the “New Humanitarian Knowledge” project.

One cannot build an artificial intelligence without understanding the linguistic problems underlying the formation of thought processes. It is also impossible to use driverless vehicles on the roads without solving emerging ethical issues. All this collectively leads to the idea that technological development and the adequate use of its achievements are closely related to the development of the humanities.

At the same time, under the influence of across-the-board digitisation and the fourth industrial revolution, the importance of humanities in the eyes of modern business and political elite seems to have significantly receded. Some authors, as well as education and science officials, often question whether the humanities will survive in this modern world.

But those pondering the opposite question sound more reasonable: can the modern world survive without the humanities?

Humanities are essential for an adequate understanding of the surrounding world and for a healthy development of the individual and society as a whole. The task for the humanities is the formation of a full-fledged, morally developed person, capable of making responsible decisions and creating for the common good.

The tasks of the humanities are fundamentally different from the functions inherent in the natural sciences.

Natural science and courses in technologies cannot form such human qualities as patriotism, morality, work ethics, etc. It is important not only to create technology, but also to understand for whose benefit it is created.

The upbringing of a good person and the formation of a good citizen are impossible without the humanities that take into account the spirit of the times. After all, the formation of an individual is not a technical task, but a task of a philosophical and moral order.

Humanities do not aim to create profits or increase national wealth. However, only the humanities can point to the possible negative and sometimes destructive consequences of scientific and technological progress, determine the underlying causes of the economic, social, cultural and moral degradation of a society, or an emerging global environmental catastrophe.

Therefore, the task of the New Humanitarian Knowledge project goes beyond the scope of translation and publishing. The selection, quality translation, substance-wise and literary expertise, as well as organisation of effective introduction of new textbooks into the educational process are an extremely important tasks and the mission of the entire educational and humanitarian community.

Only by creating a strong spiritual support and through realisation of our own place in the history, can we think of reaching the heights where the human has not yet set foot.

The author is Director of the National Translation Bureau.