ASTANA – Mangistau region’s berkutchi, or eagle hunters, plan to open their own falconry school in Tushybek village in an effort to preserve the ancient tradition, reported Kazakh TV. 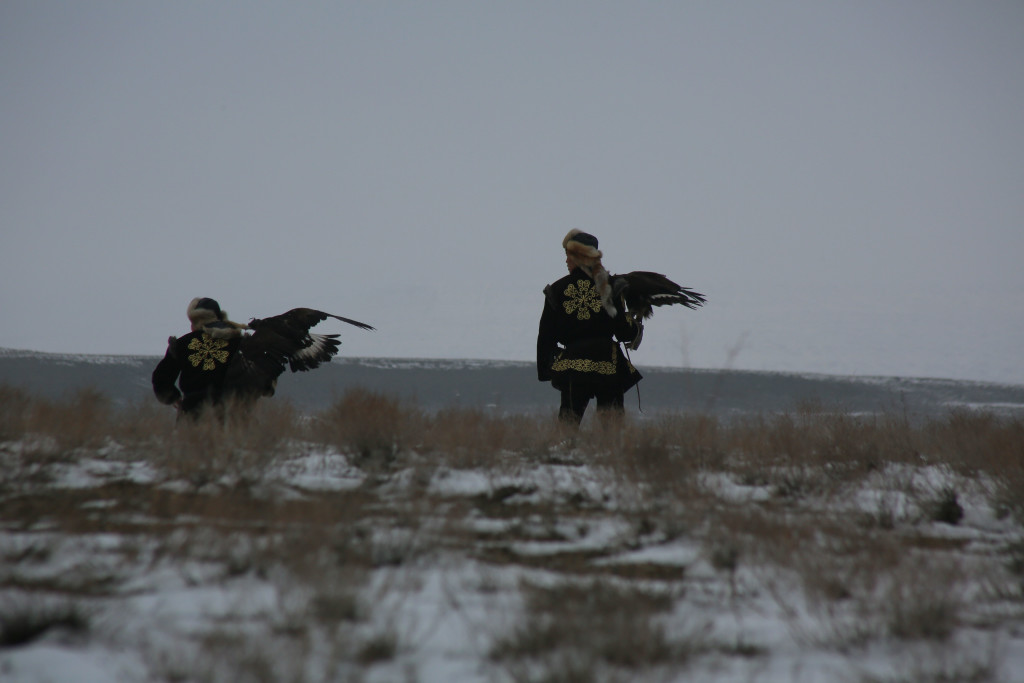 “I want to promote the art of hunting with birds among young people. Five-six people are training now to become berkutchi (eagle hunters). We take part in competitions. We are planning to hunt with tourists. In the near future, we want to open a school,” said organiser and berkutchi Mereke Otegali.

Six years ago, Otegali mastered hunting with a bird of prey and taught the art to approximately 10 of his fellow villagers. He hopes to share his experience with others and contribute to preserving the national tradition. His eagle, 2-year-old Aksengir, can hunt not only for foxes, but also young wolves.

“It is not easy to become an eagle hunter. The chick must get used to the person and then he can be tamed and trained. The process is quite long and painstaking,” he said.

The village is close to the highest point of the Karatau-Otpan mountain range. The entire steppe is visible, an important feature for hunters, he noted.

In times of famine, one golden eagle could feed a whole village. They caught not only foxes, but rabbits and saiga antelopes.

“In old times, traditionally musicians were engaged in hunting. After performing the hunter’s song and playing the kui, the berkutchi headed to hunt. This was considered to be a good sign. We want to revive this ancient tradition,” said local historian and Otpan Historical and Cultural Complex representative Kuralai Izimbergenova.

While the country had only a few masters of the ancient art half a century ago, according to some data the number has increased to 100. Eagle hunting is becoming more popular not only in Kazakhstan, but also abroad. Eagle hunters, sometimes called kusbegi, want to preserve the customs of their ancestors by holding annual Kansonar competitions.

School organisers also plan to conduct excursions for tourists, who will have the opportunity to take part in hunting, as well as learn about its history.